Home Features 13 Amputees Break Beauty Stereotype, Are Now Calendar Girls And Boys
Share on Facebook
Tweet on Twitter
Changing the way the world sees the differently-abled, India’s first amputee calendar is out and is giving neck-to-neck competition to the celebrity calendars. With prosthetics on, 13 amputees pose with poise for a calendar that is brought out by Mission Smile, as part of their project – Rising Above.

Preeti Rai, Co-founder, Mission Smile, said, “In India, our notion of beauty is different. We don’t use sexy, beautiful and disabled in a single sentence,” adding that the calendar is hard work of seven months and features amputees from across the country and from various walks of life. 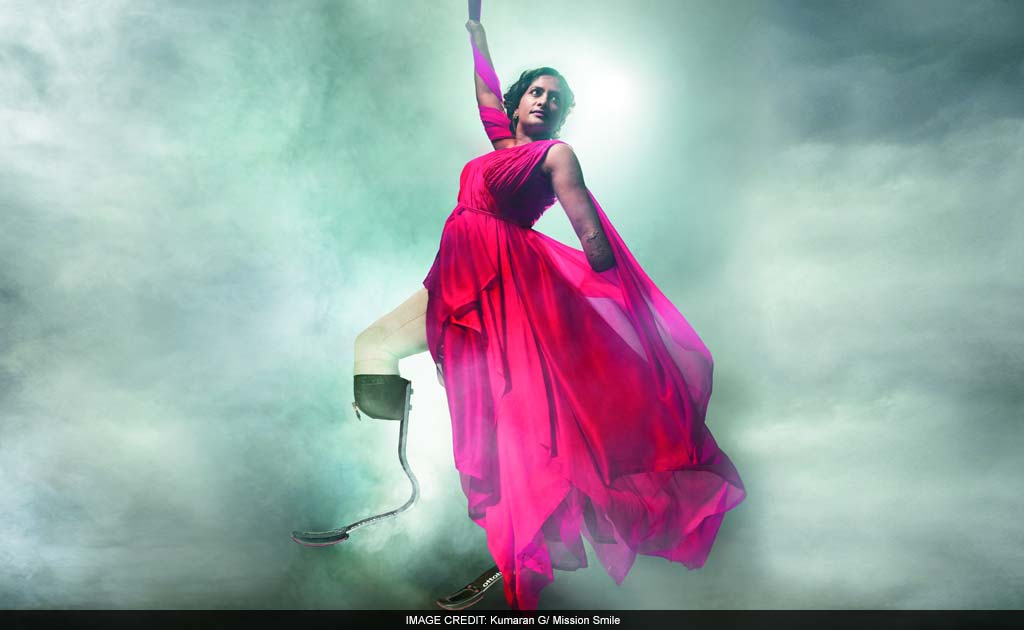 The ever smiling quadruple amputee Shalini Saraswathi is one of featured stars on the calendar. She is a blade runner who lost her limbs to a rare bacterial infection. “We wanted to have images that are beautiful. People with disabilities continue to be beautiful but we don’t want to look at that part and completely desexualise them. They exist between the four walls and this calendar is breaking that taboo,” says Ms Saraswathi. 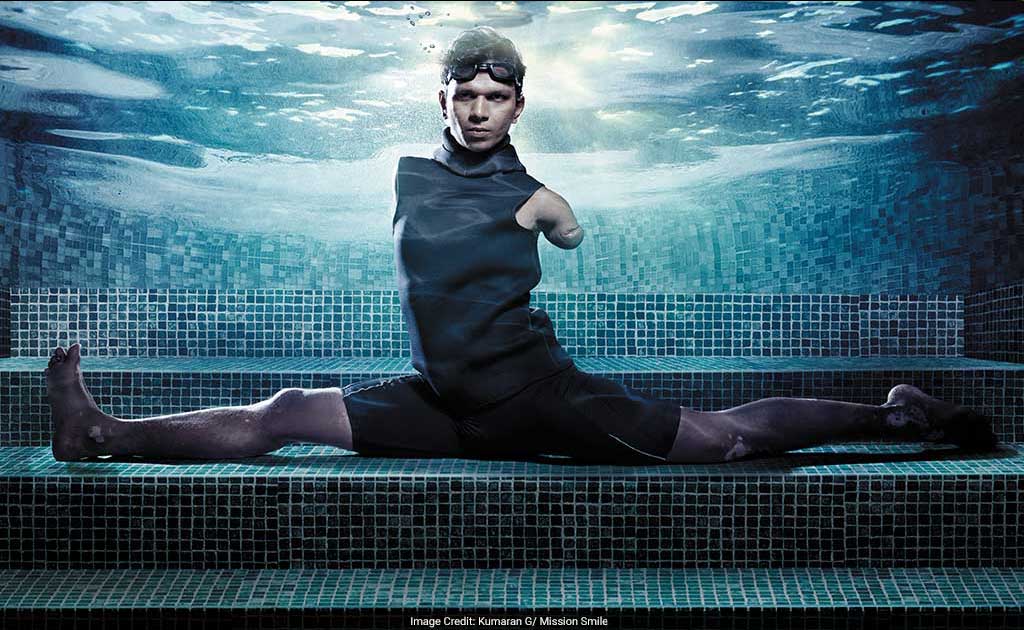 Another model for the calendar, Vishwas K S, lost his hands in an accident when he was 10. Years of hard work helped him win three medals at the Canadian 2016 Speedo Can Am Para-swimming Championships.

Vishwas K S is training in martial arts and wants to prove a point to the people who underestimate him. He says, “I want to send across a message that all this is possible. People’s  mindset is that I can’t do much.” 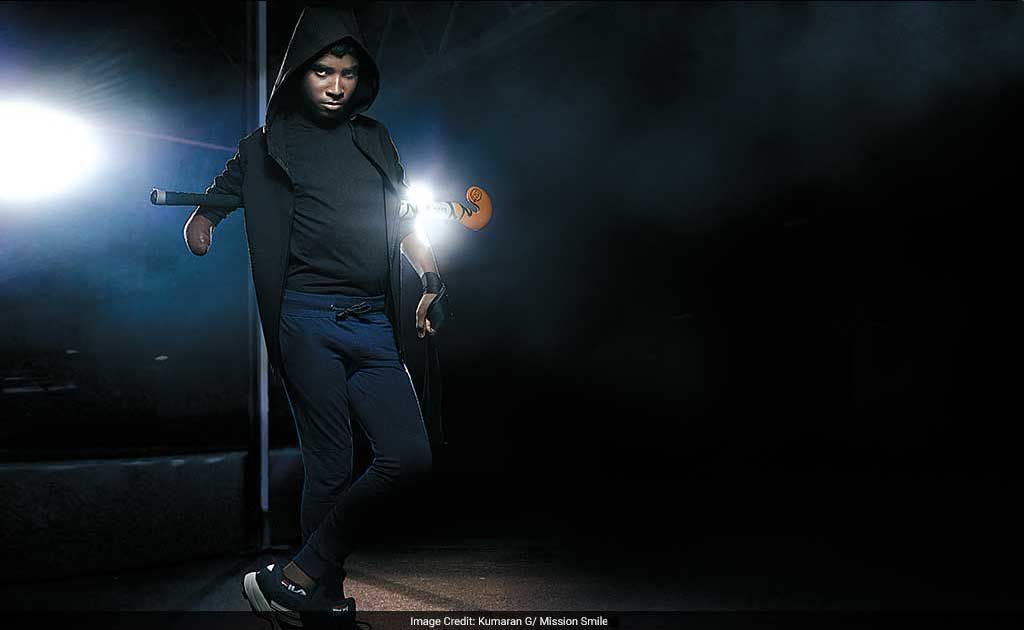 13-year-old Samuel, the youngest of the lot, hails from Bengaluru. He lost his right hand when he was electrocuted. At present, he is training at the Jude Felix hockey academy and preparing to become a goal keeper. He says, “I want to play for the country and be a role model for everybody.” 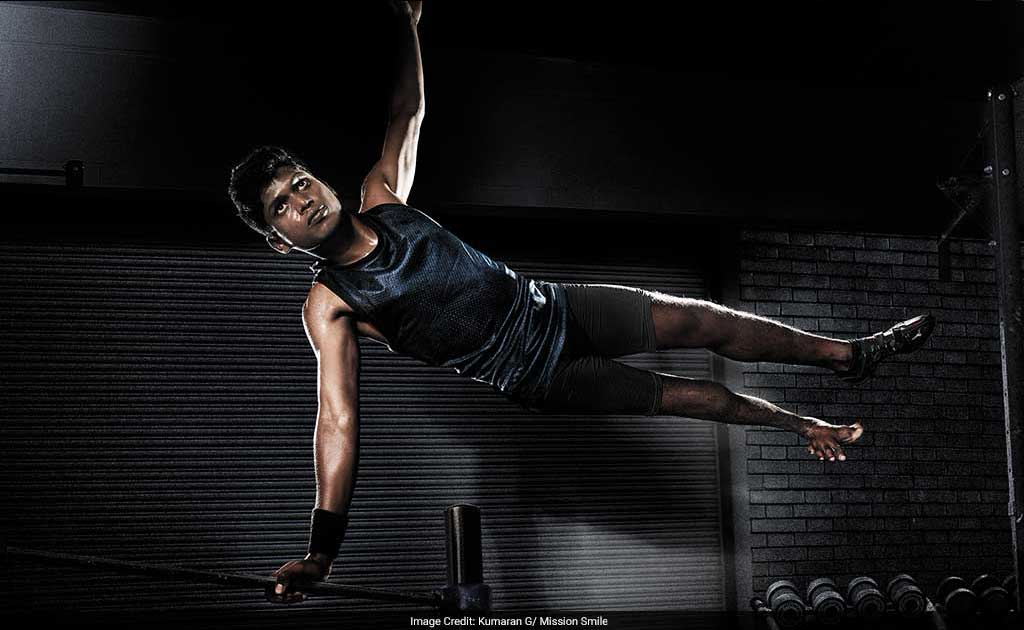 The star model of the calendar is Rio Paralympics Gold Medallist Mariyappan Thangavelu. At the age of five, he suffered permanent disability after a bus crushed his leg. He says that he never saw himself any different from other able-bodied people around him. 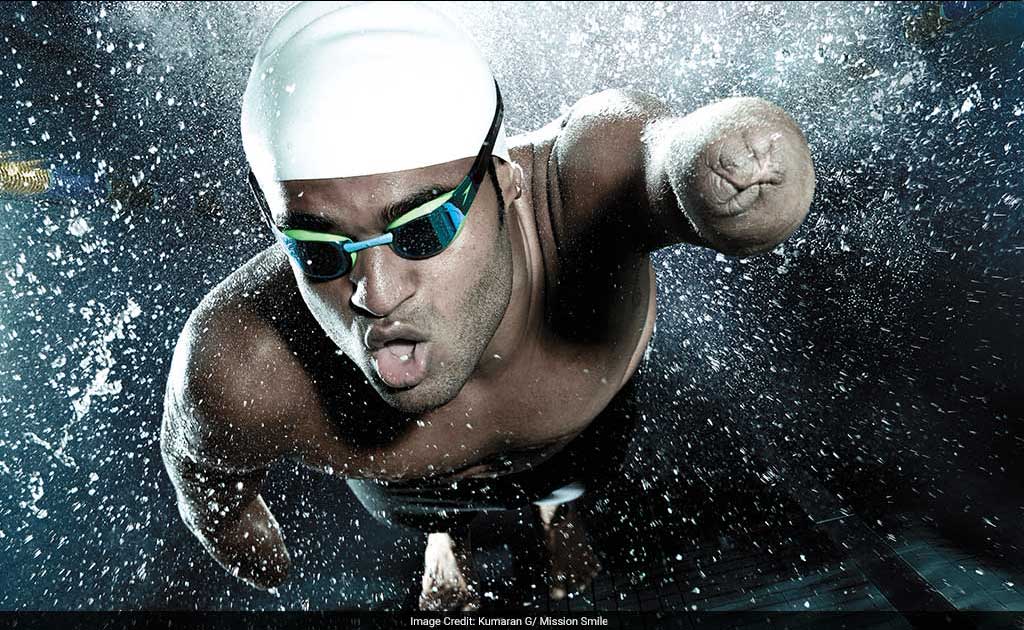 A tragedy struck Suyash Jadhav at the age of six and he lost his arms due to electrocution. This did not deter him from fulfilling his father’s dream who always wanted to see him as an ace swimmer. Now 22, Suyash is a para swimmer competing in the S7 category. He also competed in the 2016 Rio Paralympics which was his first major international event. 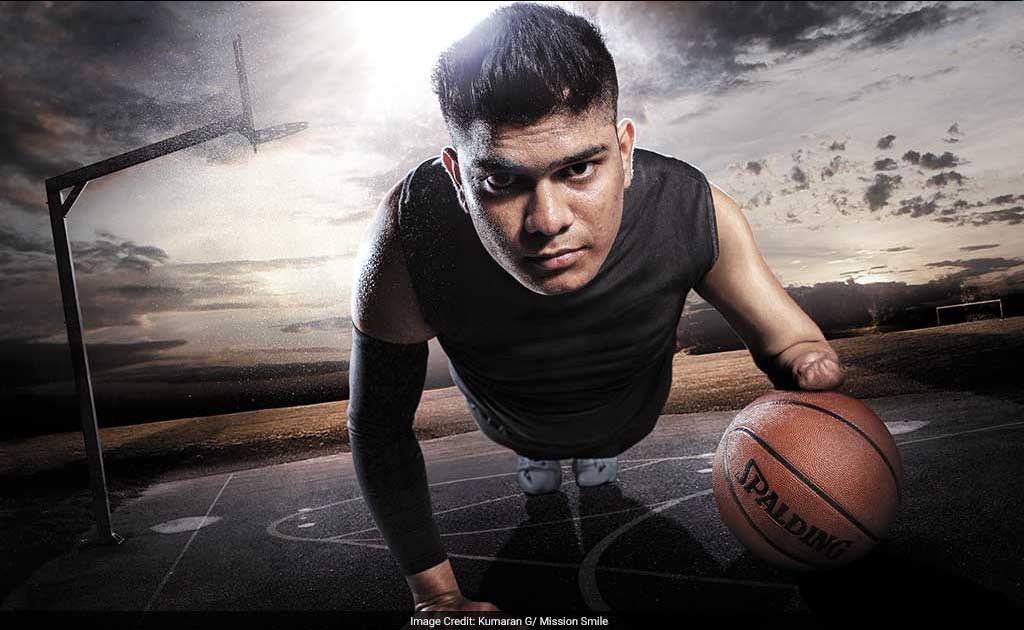 Playing basketball was Arle Ramchandra’s passion, but in a cruel twist of fate, he lost his left hand when he met with an accident while he was on his way for a basketball tournament. Despite this shattering experience, the sportsmen spirit in him was never crushed and he continues to practise the game, competing against able-bodied teammates. 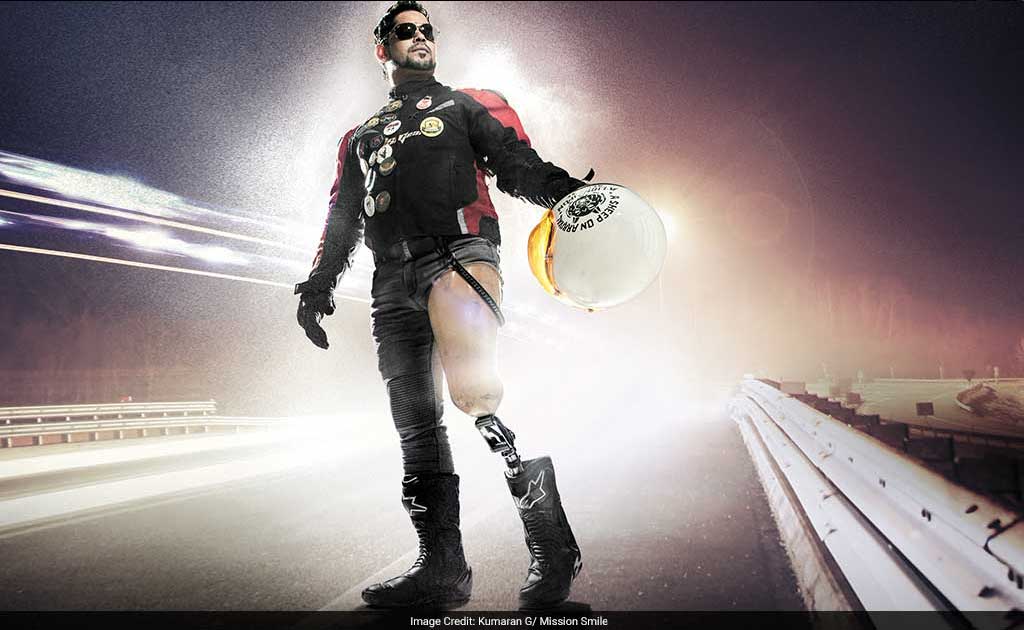 Vinod Rawat runs marathons, is an avid biker and also acts. When he was six,  a truck ran over his left leg. Since his surgery could not be performed on time, he ended up losing his leg. With his indomitable spirit, he was able to lift himself up and now says that he has left his past far behind. 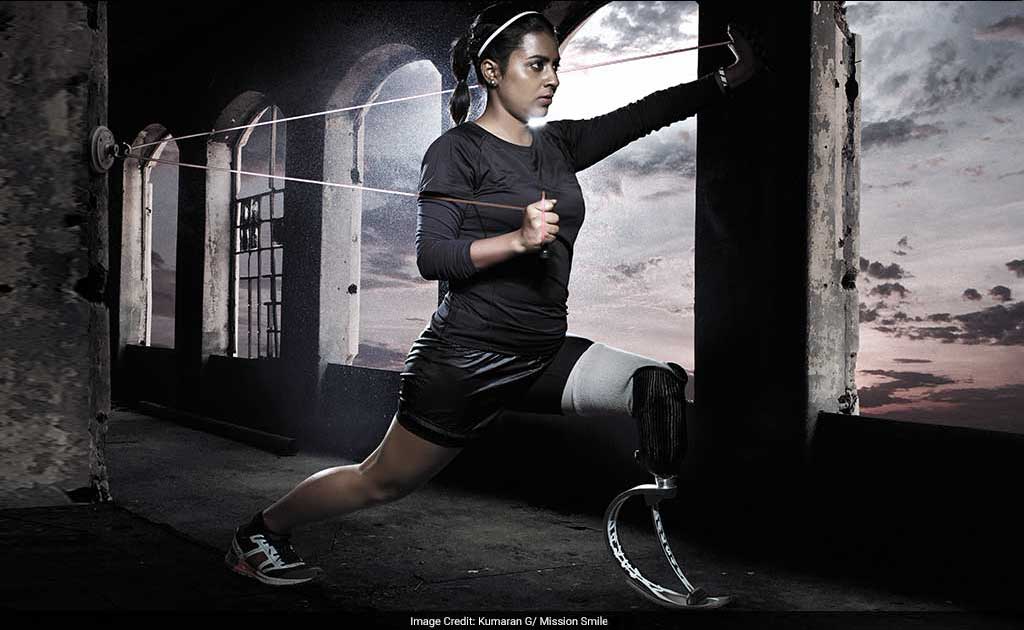 Kiran Kanojia is India’s first woman blade runner. Tragedy struck her when she was about to celebrate her 25th birthday with her parents. While travelling in a train, few miscreants tried to steal her bag. In an attempt to fight them off, her foot got trapped in the train door and had to be amputated. 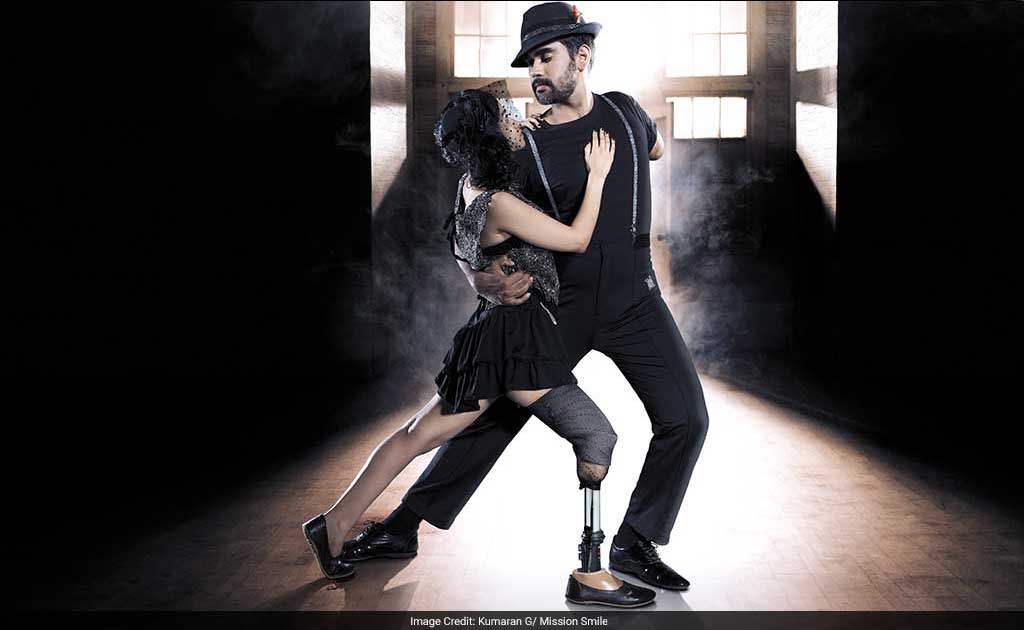 At the age of 18, Antara Telang lost her right leg after a tree fell on it. Currently, Ms Telang is the content head for a learning platform and also an avid dancer. In the calendar, she is featured alongside Briju Mohan, who works full-time with a multinational and is also a yoga practitioner. Mr Mohan lost his arm in a bike accident, but is now making salsa lovers go gaga over him. 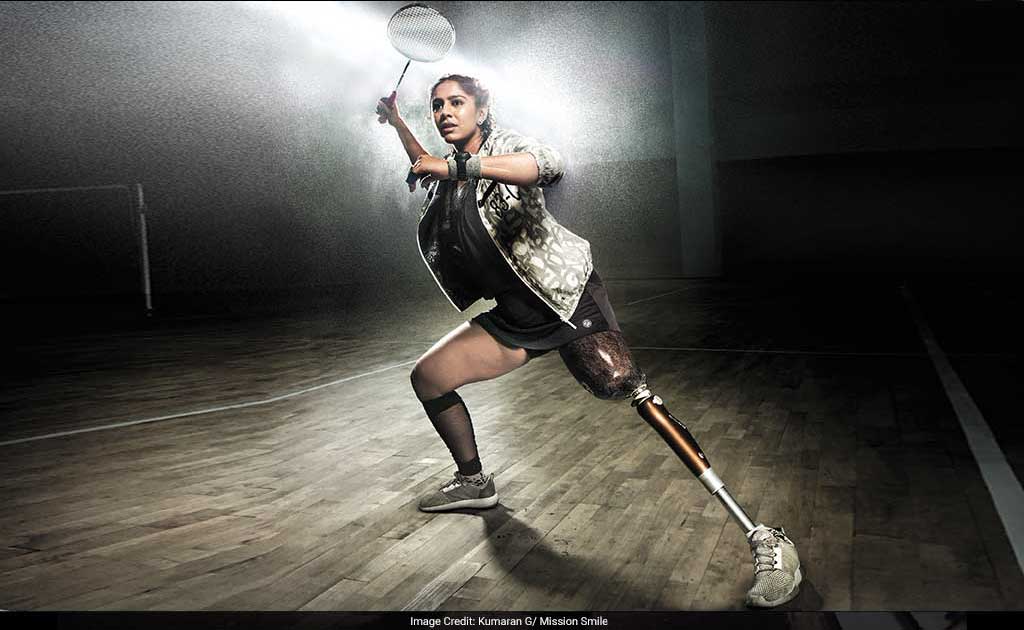 Sheryl Rebecca is an aspiring model who lost her leg last year in a hit-and-run accident but her modeling career on the ramp is all set to take off. 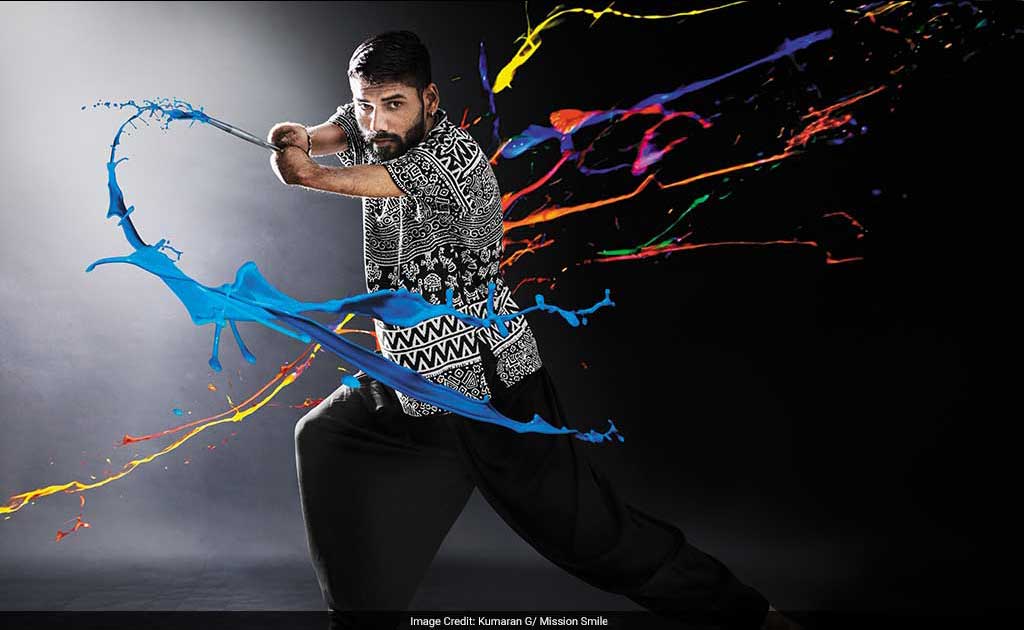 Dhaval Khatri was 14 when he lost both his arms after he touched a live electric wire. Thanks to his parents, instead of aid tools, his arms held a paint brushes. The well-known painter from Ahmedabad is now hailed for his art works.

Spreading the message of inclusivity and ‘being yourself’, the amputees are adding the glam quotient to the calendar with a dash of inspiration. Their powerful images seem to convey these messages clearly.