Telangana: “Take care of the children” (Pillalu payilam in Telugu) were Kanakaiah’s last words over the phone when he last called home from the farm. It was not unusual for him to spend the night at his two-acre field when the occasional burst of water and electricity would make a brief, teasing appearance.

But what was unusual was for him to not answer his phone later.

When his wife Kanakamma reached the farm, along with a few others, he was hanging from a tamarind tree. 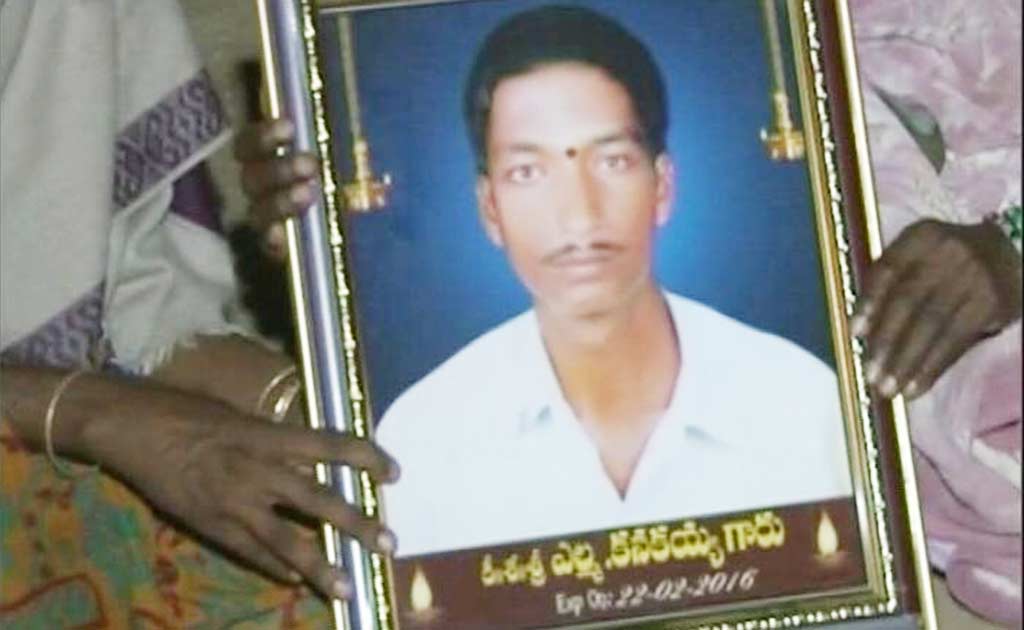 Four borewells had failed, each dug at an expense the 32-year-old farmer could not afford. Three buffaloes had died; he had been unable to provide fodder for them or sell them.

His farm like his hopes were swallowed by the three years of drought in this part of the country. When there was no chance left of being able to feed his two young sons, Kanakaiah stopped looking for alternatives. He had made choices, and they hadn’t paid off.

“He always looked after the children and me. Even the last words he said were ‘take care of the children,'” says his widow, tears streaming down her cheeks from a well of sorrow and helplessness inside her.

The drought had stripped the family of every last penny. There was no money to pay even for Kanakaiah’s cremation. 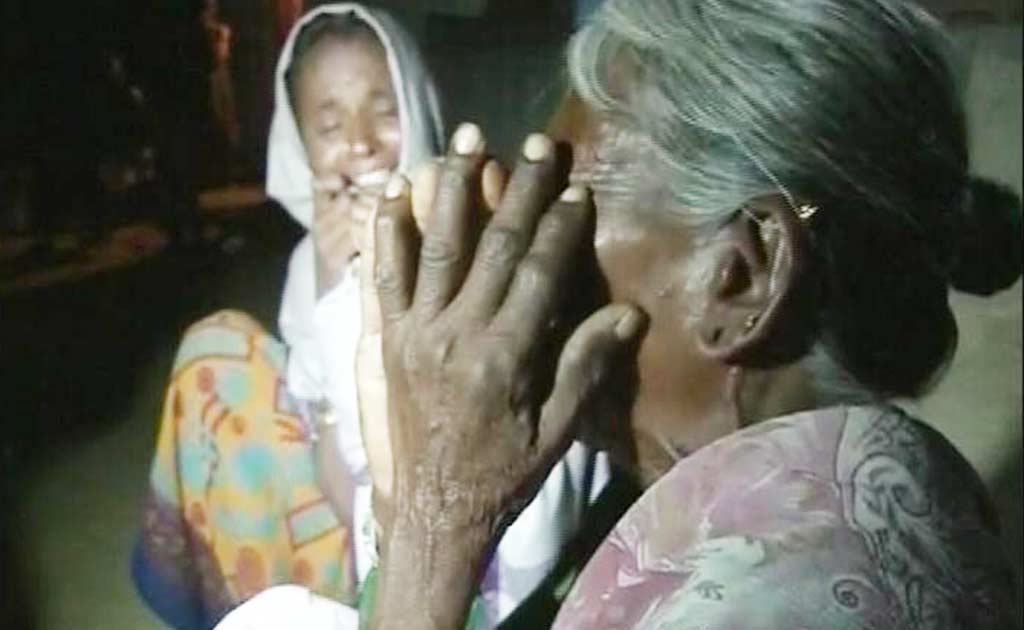 “Somehow our community and village people contributed and did the last rites. On his body (in his clothes), we found Rs 40. I didn’t have a single rupee.”

In the days that followed the death, rituals meant that Kanakamma could not leave her home to find work. Not that work was available anywhere in the village.

”Not even MNREGA work is available in the village. I have not seen drought like this in my entire life. Three years of no water. Every well dried up. If there was water, my grandson would have lived,” Kanakaiah’s elderly grandmother says.

Around the dead farmer’s house, farms are burnt to a crisp-nobody is hiring daily workers.

“There is no work available. How am I going to work and feed my children and look after them?” asks Kanakamma.

The family is surviving on rice donated by the sarpanch or village head and others for the rituals that accompanied Kanakaiah’s cremation. 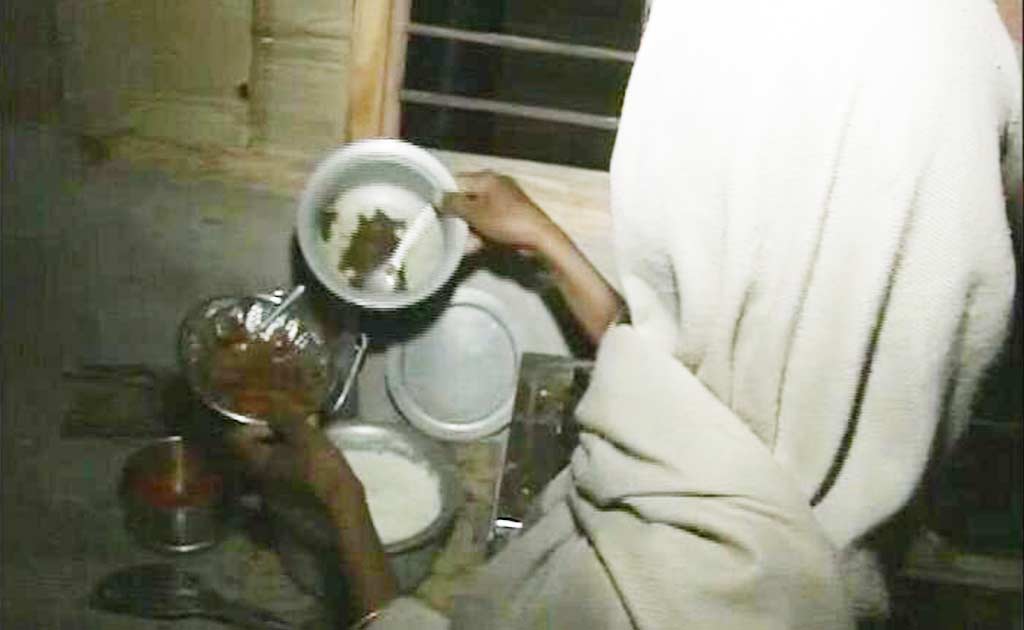 Barely 30 years old, Kanakamma is so malnourished and weak that even as the temperature hits 43 degrees, she needs a shawl.

The Telangana government has pledged five lakhs as compensation for every farmer’s suicide. But Kanakamma says not a single official has come to record her husband’s death, a legal requirement after a farmer is reported killed.

”Only when the revenue officials record a death as farmer suicide, they need to pay compensation. If they ignore, no one to ask questions. That is why there is such a huge gap between police figures of farmer suicide deaths and the number of such families who get compensation,” explains Kondal Reddy, a field activist who compiles farmer suicide data to demand action from the government.

Over 2,100 farmers have killed themselves since Telangana was born three years ago as a new state, but hardly 300 have been compensated.

“We are at the mercy of others’ charity,” says Kanakamma, her face giving away what it costs to make this admission.

If you’d like to help Kanakamma, please send cheques or demand drafts in the name of:

Note: This information has been provided/published on a good faith basis, without any commercial motive. NDTV does not vouch for the authenticity of the claims made by the intending donee, nor can we guarantee that the donations made by a donor will be used for the purpose as stated by the intending donee. You are requested to independently verify the contact information and other details before making a donation. NDTV and/or its employees will not be responsible for the same.