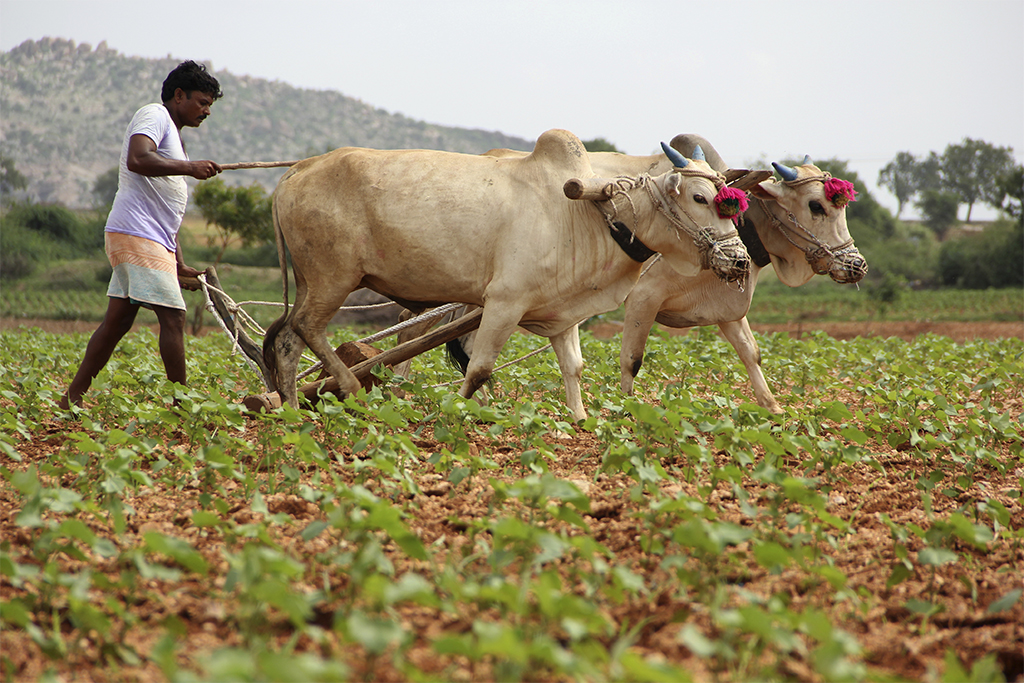 In the drought-hit district of Panna in Madhya Pradesh, khesari dal or lentil is the main source of nutrition for 20-year-old Jayanti Malik. Ms Malik’s family owns five acres of land and because of the drought this year, has not sown anything. Except, khesari dal on a plot measuring a little over an acre. This is the only crop, they say, which can survive the harshest climates, ripens quickly and yields up to 500 kilos per acre.

Despite these advantages, khesari was banned in 1961 because its consumption was linked to the neurological disorder lathyrism – which causes paralysis of the legs.

Ms Malik told NDTV, “We consume khesari because it is a cheap source of protein and we don’t have to do much to grow it. We are not aware that it is banned and have been growing it for years. So far, no one in our family has fallen ill after consuming it.”

In Jaruapur village, where the Maliks live, almost all the 50 households consume this banned dal. All the villagers migrated from West Bengal almost four decades ago after the then prime minister Indira Gandhi allocated them lands in Panna for free. The villagers here who are mainly small farmers consume khesari dal because it is cheap and very easy to grow. They have consuming it for years. Panna is part of the Bundelkhand region – a cluster of 13 districts across northern Madhya Pradesh and southern Uttar Pradesh – that is seeing its third drought in a decade. That khesari can grow despite the drought conditions has only increased the people’s dependence on the lentil despite the government’s ban.

But, now it seems that the ban on the poor man’s lentil may soon be lifted. In a reply to an RTI query, the Indian Council of Agriculture Research or ICAR admitted that a research panel headed by India Council of Medical Research has proposed lifting the ban. In the new varieties of the dal, the toxicity is “negligible.” The proposal is now being considered by the Food Safety and Standards Authority of India.

Dr S Swaminathan, Director General ICMR says, “When it is cooked, there will be negligible levels of toxins. Three varieties have been released. Research has been going on for at least six-seven years…It can be grown in many parts of the country.”

Research agencies feel the new varieties of the dal — mahateora, ratan and prateek — can reduce nutritional deficiencies in the poor. States like Madhya Pradesh are concerned because khesari is used for food adulteration.

140 kms away from Panna, Kushni village in Rewa district has about 80 families. Mostly tribals, these villagers say they have been consuming the lentil for years. The ban is clearly ineffective. In the Teonthar area of the district, khesari is grown openly and available even more freely available in the market. The police say they have conducted raids and seized stocks of the dal from some stores in the past. But, that does not seem to have made a difference.

Susheela Bai is a daily wage worker who finds the lentil far more affordable than any other. Khesari costs Rs 50 a kilo in the local market, compared to arhar that sells for Rs 180 or moon at Rs 170.

“We have been having khesari dal for over a decade as other dals are not available or they are very expensive. We have heard that this dal has a bad effect on health but till now we have not been affected by it,” she says.

“Even if the ban is lifted it will not make much of a difference to us as it is easily available even now when the ban is in place,” she says.

But, states like Madhya Pradesh are worried that lifting the ban on khesari dal could lead to more food adulteration. Once the dal is freely available, it can be mixed with the more expensive arhar. Both dals look similar. But, India’s food minister disagrees. He says lifting the ban will help bringing down prices of other dals.

Union Minister Ram Vilas Paswan told journalists,”I have been having khesari dal for 15 years and nothing has happened to me…It is delicious. If the research is true on the three varieties, then it will hugely reduce the pressure of pulses on the country.”

Agriculture expert and activist Rakesh Deewan, who in the 1970s moved the Supreme Court to ensure effective implementation of the ban, too says removing it will fuel adulteration of more expensive and safer varieties.

“The research panel says that the new varieties have negligible toxicity and not zero toxicity… The effect of the toxins cannot be felt immediately after consuming khesari but after a few years,” says Mr Deewan.