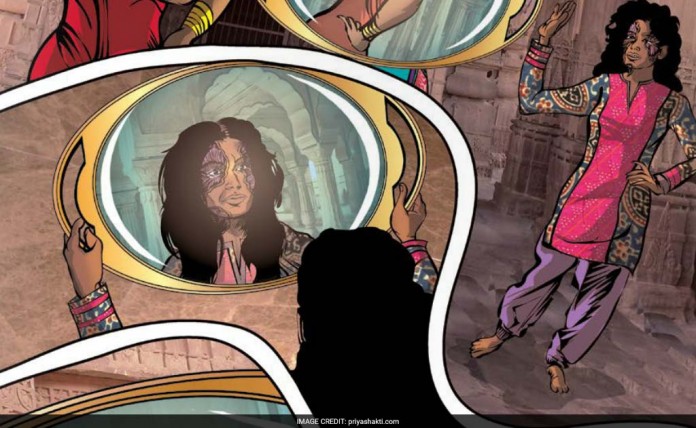 Two years after the release of a comic book on rape victims-turned-superheroes, the creators of ‘Priya’s Shakti’ have come out with a sequel featuring acid attack survivors in India and around the world. Titled ‘Priya’s Mirror’, the new series aims at changing attitudes that lead to gender inequality and violence. 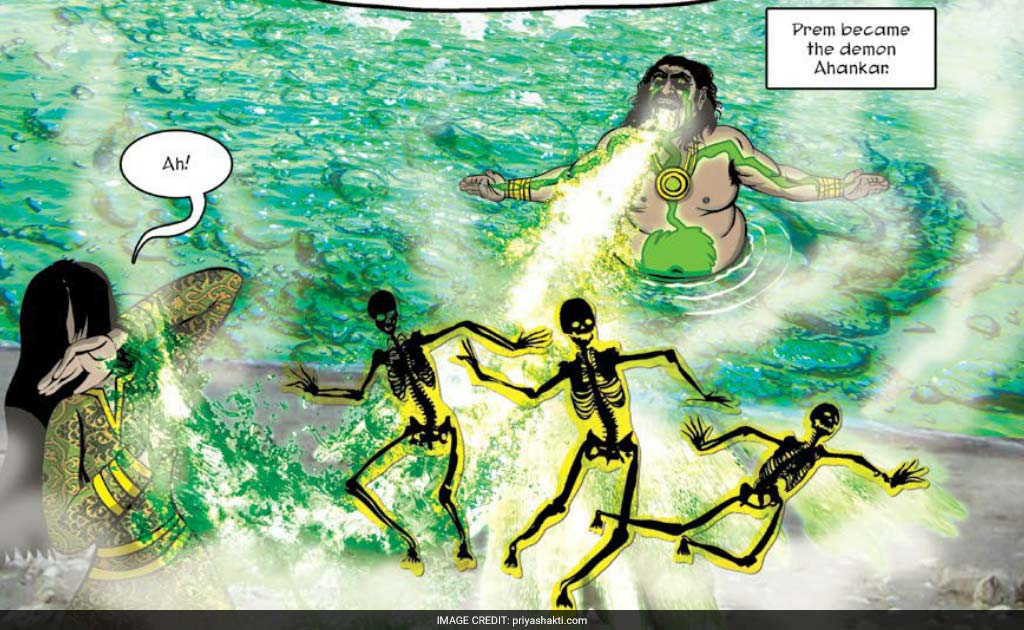 The book shows Priya, the protagonist from the first book, joining forces with a group of acid attack survivors to fight the demon-king, Ahankar. 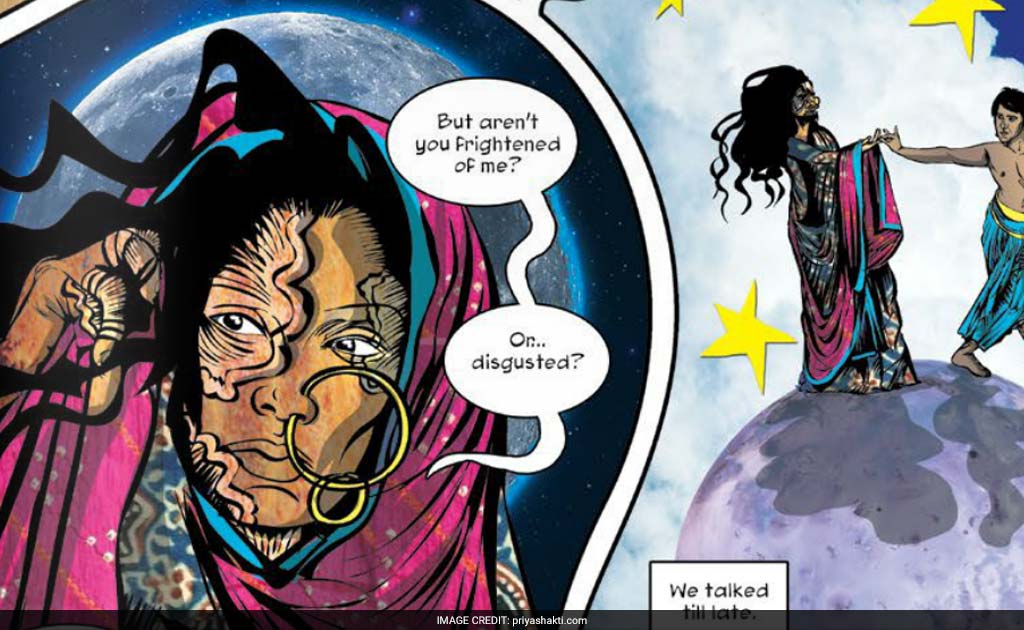 “Priya is a new path-breaking and powerful symbol, originally a response to the Nirbhaya gangrape that happened on a bus in New Delhi in 2012. The comic features stories based on the lives of Laxmi Saa and Sonia Choudhary who are not only credited for starting world’s first cafe run by female acid attack survivors, but also participated in several fashion shows,” Dan Goldman who has co-created the comic said. 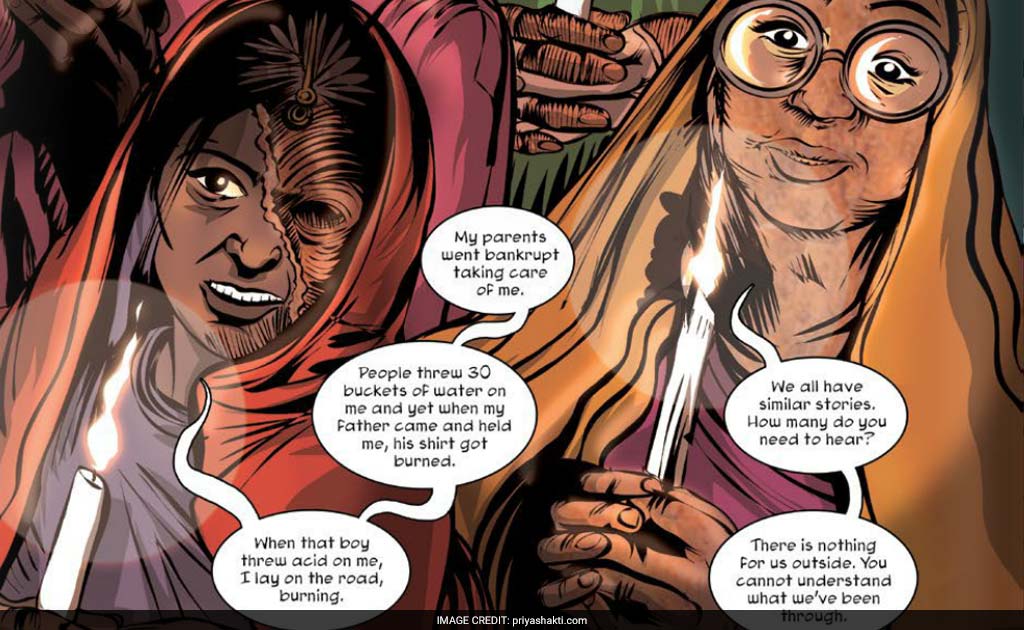 The book, launched at the New York Film Festival on September 30, is a 3-dimensional augmented reality comic which allows readers to feel more connected with the survivors. The book was released in India during the Mumbai Comic Con festival in October. 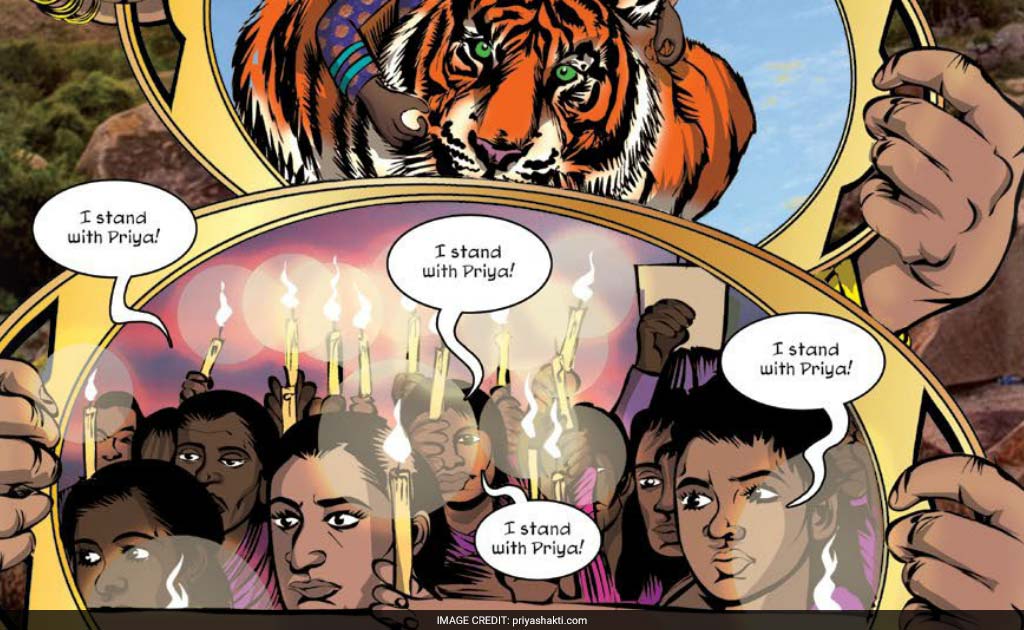 Monica Singh, an acid attack survivor and UN Women’s Global Youth Champion, has also been animated with her story of resilience in the book. She hopes that her character will inspire women to face similar situation with courage and confidence.

“The book not only portrays the courage and beauty of us acid attack survivors, but it also serves as a highly creative tool to educate younger generations about gender equality,” says Ms Singh, a fashion designer. 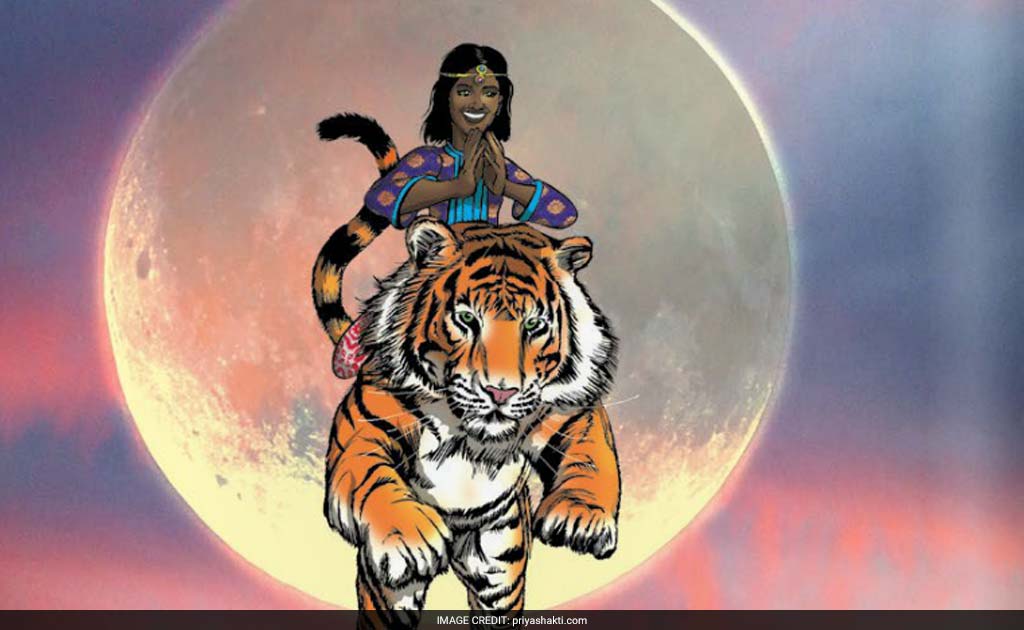 Also featured in the comic is the story of Natalia Ponce de Leon, who was attacked with sulfuric acid in Colombia, by a man whom she had never spoken to.

The series which was recognised as a “gender equality champion” by UN Women, has been funded by the World Bank’s WEvolve Global Initiative and is available in different languages including English, Spanish, Italian, Portuguese and Hindi. It can also be downloaded for free from the project’s website. 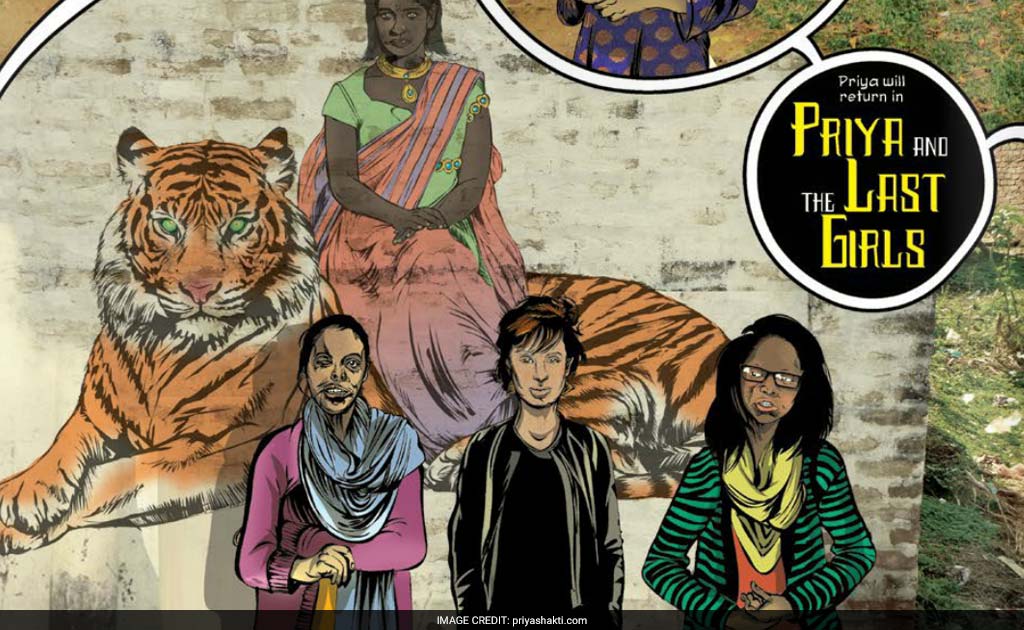 “Priya’s Mirror” is the second in a five-book series created by filmmaker Ram Devineni, filmmaker Paromita Vohra and artist Dan Goldman. The next comic will focus on sex trafficking.