AHMEDABAD : Fifteen-month-old Shivani tugs at a plastic tape her mother has wrapped around her leg and tied to a rock at a building site in Ahmedabad. Barefoot and caked in dust, the toddler spends nine hours a day in temperatures over 40 degrees Celsius, attached to the 4.5-foot tape marked “caution”.

Sarta Kalara, her mother, says she has no option. She and her husband work for Rs 250 each (3.70 dollars) a shift, digging holes for electricity cables.

“This site is full of traffic, I have no option. I do this for her safety. My younger son is three and a half so he is not able to control her,” said the 23-year old. 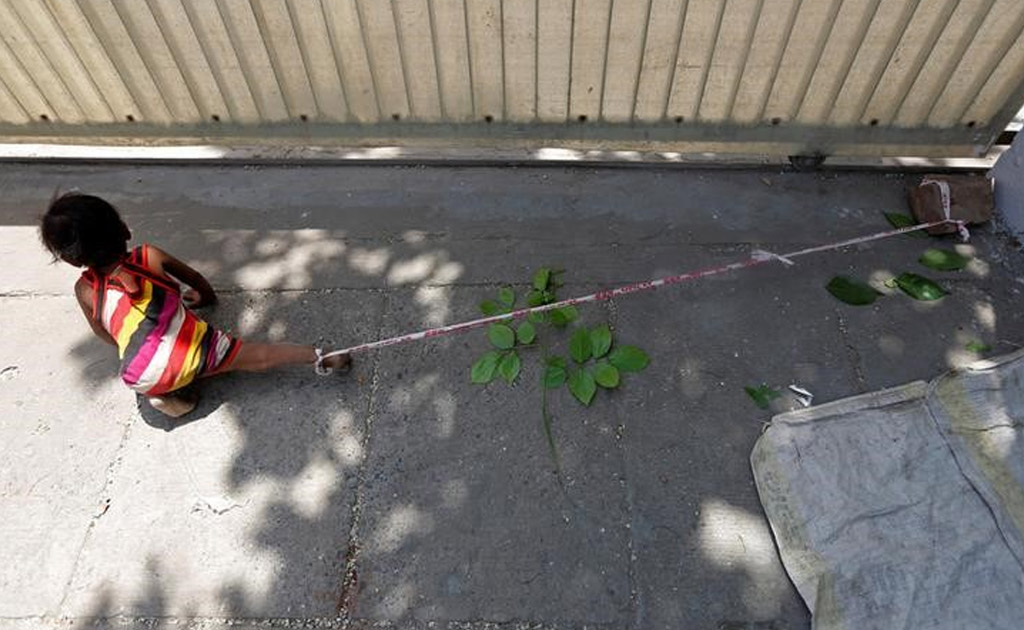 There are about 40 million construction workers in India — at least one in five of them women. The majority are poor migrants, who shift from site to site, building infrastructure for India’s booming cities. It is not uncommon to see young children rolling in the sand and mud as their parents carry bricks or dig for new roads or luxury houses.

Many such families live in tents on site or, like Shivani’s, bed down in the open at night. 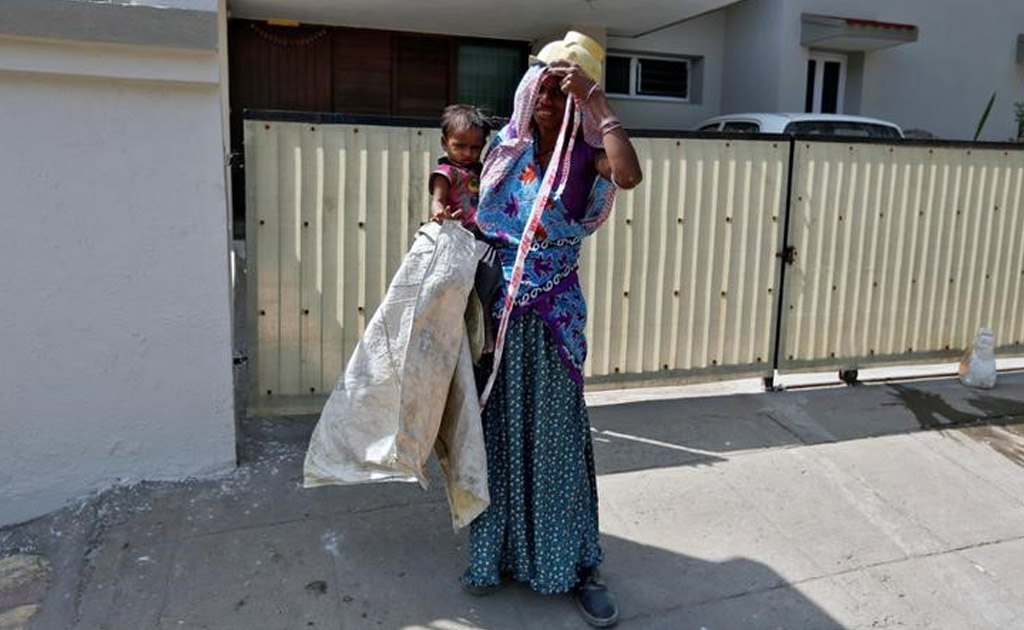 While Shivani is tied to her rock, men pause for coconut and water amid the searing heat as mothers take quick breaks to feed their kids.

Parents said their children usually stay with them until they are seven or eight years old. Then they are sent to live with grandparents in poor tribal villages in a neighbouring state.

Holding Shivani as the plastic tape dangled from her leg, Kalara said managers turn a blind eye to her plight. “They don’t care about us or our children, they are only concerned about their work,” she said.