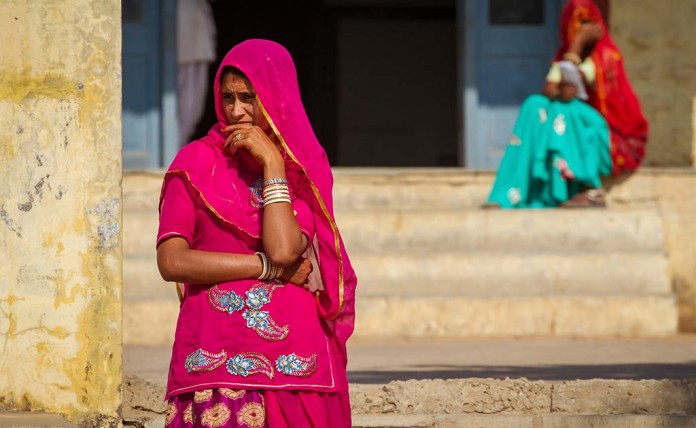 Under the National Rural Livelihood Mission, there are around 3.9 million self-help groups across India that offer loans as small as Rs 10,000.

To Ms Devaki, the monthly interest rate of 2 per cent charged by her self-help group Gayatri Sevasahaya, seemed easy to handle.

It’s a sum the widow with five children says, she cannot pay back.

Her family survives on Rs 5,000, which it earns from selling the milk of its one cow.

“Being part of a self-help group has become more of a burden than help,” she complained.

According to IndiaSpend’s report in 2016, across India’s villages, over the last three years, Rs 9,000 crore has been given by banks to self-help groups.

This sum has today turned into a non-performing asset, or loan in danger of being written off, much like the bad-loan crisis unsettling India’s commercial banking system, with more than 5,000 wilful defaulters owing private banks Rs 56,621 crore.

In the rural set-up, there are approximately 40 million self-help group members in India.

This has made the National Rural Livelihood Mission’s 10-year-goal of turning 90 million rural households into self-help group look overambitious.

Micro-finance expert MS Sriram, an economics professor at the Indian Institute of Management, Bangalore, said that there are two rules to lend money.

“One, assess the credit worthiness of a consumer, as banks do; two, penalise defaulters, which means customers can assess their repayment ability,” he said.

These rules were ignored by the banks that lent to India’s largest companies and they are being ignored now, as bad-loan crisis looms over rural India.

There are two reasons for the unfolding rural debt crisis involving women.

One, self-help groups are not educating and training rural women on the basics of smart borrowing, how to invest and spend wisely.

Money borrowed for income-generating activities such as stitching, candle making or farming, is often spent on personal expenses, from weddings to home constructions.

Two, banks are aggressively pushing loans through self-help groups to meet the government’s loan targets, without verifying where the money goes. Rural north India too has a story akin to Ms Devaki’s.

Mamta Kanwar of Niwaru village in Jaipur borrowed Rs 50,000 from her self-help group – Om. She then distributed it to the group’s members so they could invest in stitching units. The women ended up spending all the money for personal purposes.

Bankers appear to be scrambling to meet government-set loan targets, sacrificing due diligence.

Consider the example of Kalghatgi in Karnataka. The town has 1,907 Stree Shakti (Woman Power) self-help groups with more than 25,000 registered members, which is more than the town population of 17,000, according to the 2011 census.

This is because each of these members is registered with more than one self-help group. “The programme is not a government subsidy scheme,” said B Lokesh, senior mission executive (Financial Inclusion), National Rural Livelihood Mission.

“It is basically helping banks increase business. Self Help Groups are a priority sector under the Reserve Bank of India guidelines, which means that banks have to lend a certain per cent of their total credit to the groups,” he said.

Banks are given targets, starting with an initial loan of Rs 50,000.

If this amount is repaid, banks have to finance that self-help group with an amount of up to Rs 1 lakh, which can later be raised to Rs 3 lakh.

The branch manager decides the final loan, based on a self-help group’s records, book-keeping and repayment.

So far, each self-help group has received, on average, Rs 2.5 lakh. Self-help groups are judged on the basis of regular meetings, regular internal lending and bank linkage. There are no clear instructions or conditions to loan the money.

“Banks do not enquire about the purpose of loan from the self-help groups,” said Vasanth Gowda, a field worker from Ujjivan Mini bank in Dharward.

“Members show handmade items to the government official for loans,” said Gaourava Ningappa, a member of a self-help group in Tabakadahonnalli village, Kalghatgi.

“Once the loan is sanctioned and the money is withdrawn, they will stop whatever business they took the loan for and use the money for personal expenses,” said Mr Ningappa.

(In arrangement with IndiaSpend.org, a data-driven, non-profit, public interest journalism platform, with whom Saumya Tewari is an analyst. The views expressed are those of IndiaSpend. Feedback at respond@indiaspend.org)