She was indeed pale and her recent haemoglobin was just three grams. That was barely enough to keep her alive and she was pregnant on top of that. Such a low haemoglobin meant years of poor nutrition and neglect. Even the livestock in the villages were better looked after. They didn’t look very poor either. Her husband appeared healthy enough.

‘Why can’t you take care of yourself?’ we reprimanded her.

‘Madam, I hardly get any time. There is so much work at home. We have a big family,’ she said slowly. Her domestic chores were more important than her health.

‘Why didn’t you see a doctor earlier?’

‘Doctor sahib, our women deliver at home by our village dai (midwife). It’s not our custom to take womenfolk to hospitals. I, at least took her to the dispensary yesterday.’ The husband was quite proud of the fact that he had brought her to a hospital when the majority of women delivered at home in his village.

‘Our dai has been delivering our women for the last two generations. She never told me of any such danger and had rather warned me that the city doctors scared people unnecessarily and complicated things.’

‘Obviously, if cattle and goats could deliver in the fields easily, why not women?’

The sarcasm was, however, lost on the insensitive man. He kept on grumbling for having to wait so long. He could wait nine months for a proper visit to a hospital, but couldn’t wait for a few minutes in the hospital.

‘Kyun?’ (‘Why?’) The husband didn’t understand the need for either. It was a struggle explaining the gravity of the situation to him.

‘She will die if you do not.’ When we persisted, he agreed.

‘Thik hai madamji, aap mangwa do. Hum mol pe lenge.’ (‘Ok madam, you order for the blood. We will buy it.’)

‘The hospital doesn’t accept blood bought from outside. It is nothing more than Ruhafza, a soft drink, with the possibility of infections. You will have to donate, or ask somebody to donate.’

‘Main khoon dene laga, toh kaam kaun karega?’ (‘If I start donating blood, then who will work?’) He was already regretting coming here. He just would not hear of it.

‘OK, then you will have to sign the negative consent and take responsibility if anything goes wrong.’

After a lot of arguments with other doctors, and nurses also scolding him, he agreed for blood transfusion but at a condition!

‘I will inform her brothers. Let them come and donate blood for her, and then I will admit her,’ he declared generously.

We were taken aback. She was married to him for five years – the dutiful, undemanding wife who would bear him kids. Didn’t she merit even a drop of life from her husband? All the while the woman kept quiet, her face hidden in her saree. I marvelled at her tolerance. How easily they succumb to the norms dictated by their husbands!

He sensed our scowl and explained, ‘Actually the first delivery is the responsibility of her father. We follow these customs in our village.’ Of course, there was no custom of humanity followed in his village. It was pointless arguing with him. He didn’t realize that it was indeed a miracle that his wife was still alive. They were sitting on the top of a volcano. Anytime the system would decompensate and she would collapse.

‘You at least get her admitted. The hospital would arrange blood and, in the meantime, you can arrange the donors.’ We insisted on admission, assuring him, but he refused to budge.

She was to be admitted only when her family came in. We had no choice but to take a negative consent for admission. They signed the papers willingly and walked out of the hospital, the obedient wife silently towing behind her selfish husband. We doubted he would come back and looked sadly at her retreating back.

We were living in the capital city. If such things happened here, the conditions in other parts of the country were unimaginable. Were we indeed a sadistic nation with no right to call ourselves a civilized society? 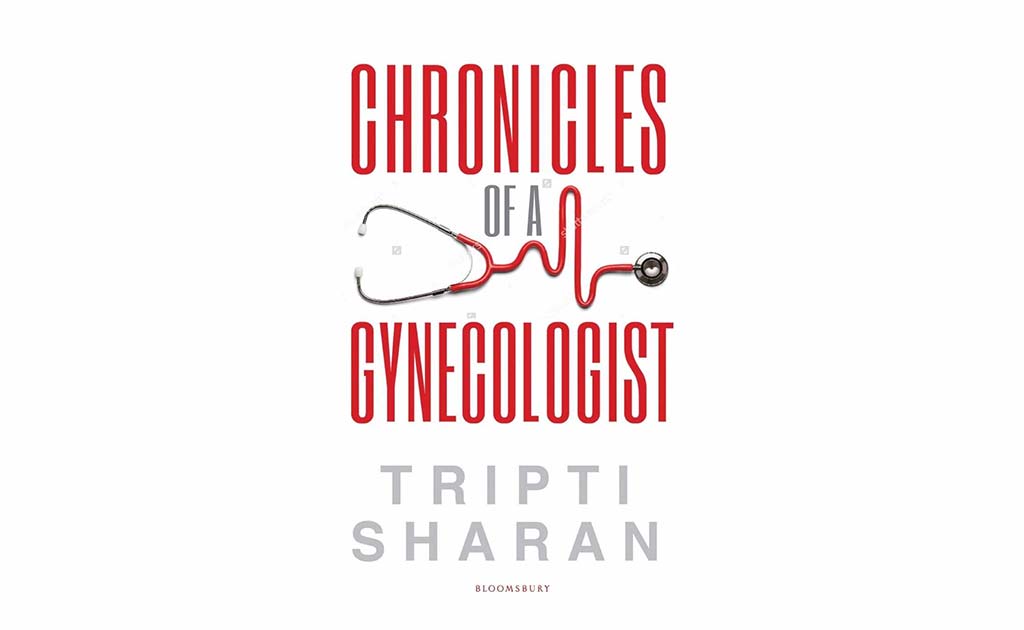 A week later, I was on emergency duty.

‘A patient with severe anaemia had come in labour. Her heart could not cope with the stress of delivery and failed. She collapsed and is very critical. Chances of her survival are very dim.’

My grim faced colleague told me as she handed over the patients. I had a bad intuition about this patient and went to see her in the ICU. She was battling for her dear life. Multiple units of blood had been pumped in, but how could you reverse the chronic strain to the heart and tissues that had been deprived of oxygen for so long. The baby had miraculously survived. As I was leaving, I saw a familiar looking man standing outside the ICU. Yes, he was the same person who had taken his wife forcibly away from the hospital that day.

‘So you admitted your wife well in time,’ I told him sarcastically.

‘What to do, madamji? Her brothers took so much time in coming.’ Nonplussed, he went on complaining about her brothers.

The silent wife, whose husband refused to accept his responsibility, succumbed to her fate a few hours later. Her death left an overriding feeling of guilt and helplessness in us. If only we had somehow not let her go that day. However, we could not hold a patient against her will. Unfortunately, here the will of the husband surpassed any will of her own. Another victim added to anaemia, a leading cause of maternal death in our country. One just needs good diet and proper medical care to tackle it, but it kills remorselessly because the country is helpless against the deep-running ignorance and traditions.

As I came outside the ICU to finish the formalities, I couldn’t hold back my jibe to the husband, ‘People like you should be arrested. You have not lost anything! Now that she is no more, you will marry again. Along with a new wife, you get a new motorcycle and a fat dowry.’

He replied innocently, ‘Naah madam, it is not so simple any more; very difficult to marry in villages these days.’

I felt like hitting some sense into him. The woman deserved at least some tears for her selfless service to him, but here he was, already thinking about his remarriage. There was no trace of any guilt or remorse on his face. The immediate cause of death might have been anaemia, but the antecedent cause of death was lack of care, and neglect. If indeed we could sue such families and hold them accountable for gross negligence. A group of relatives were sitting in a separate corner, wiping away their tears. They were probably her parents and brothers. Maybe in their village, the custom was only for the parents and siblings to grieve; the husband’s family were not to be bothered.

A woman died of a preventable cause. A newborn was strangulated by her mother because of her gender. Probably, she too would have met a similar fate later on. Both were victims of the same patriarchal mindset that refuses to treat women as equals. Their deaths laid bare the hypocrisy that throbs in our country when it comes to treating our womenfolk. We have no qualms in accepting technology when we wear modern clothes, use modern methods of communication, and use hi-tech gadgets for our comfort, but when it comes to a woman’s health, we become all-traditional. A strange country we live in!

And we had failed. As a civil society, we were responsible for their deaths. As a country, we stood shamed, once again.

Excerpted with permission of Bloomsbury Publishing from Chronicles Of a Gynaecologist by Tripti Sharan. You can buy the book here.