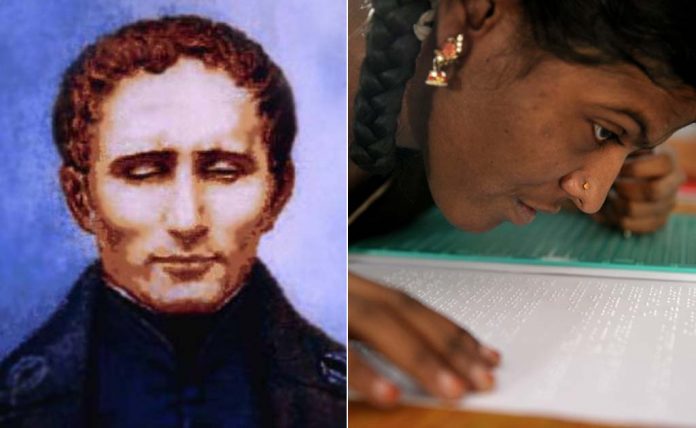 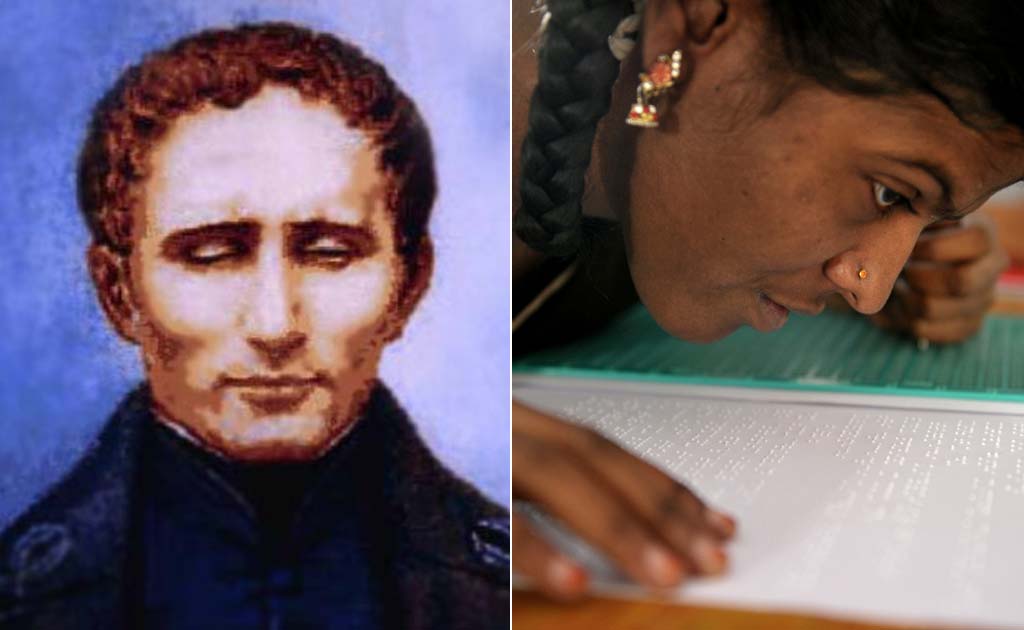 Louis Braille was born in Coupvray, France on January 4, 1809. At the age of 5, he met with an accident at his father’s workshop. When a local doctor bound his affected eye, the infection spread to the other, blinding him completely in both eyes. Due to his young age, Mr Braille did not realise what had happened to him, and often asked why it was always dark.

Mr Braille did not let his disability get the better of him and he excelled in his education. He even received scholarship to France’s Royal Institute for Blind Youth. Braille was later taken in as a professor at the Institute and was also a musician. As a student, he started developing a system of tactile code that could allow the visually impaired people to quickly read and write. The system remained unused for many years after his death. But it later got recognition as ‘Braille’ and was also adapted in various languages.

The Braille system uses a set of raised bumps or dots that can be felt with a finger. It uses cells of six raised dots, in two columns of three dots. Each symbol is coded with certain dots present, and others absent. The dots are approximately 0.02 inches high; inside the cell, the dots are about 0.1 inches apart. A standard braille page is 11 inches by 11 inches and typically has between 40 and 42 braille cells per line and 25 lines in total.

‘Bharatiya Braille’ (Indian Braille) is a largely unified braille script for writing the languages of India. In the above image, a visually impaired Indian student (R) answers questions in an accounting examination with the assistance of a ‘scribe’ at The Sai Junior College For The Blind in Hyderabad.

Out of the total 30 million visually challenged people in the world, six million are in India.  The technological advancements have enabled the visually challenged to get education through audio books, tapes and software, but the importance of Braille cannot be ruled out.