These figures become more stark and worrisome when we consider the fact that children between 0-6 constitute over 15% of UP’s population and that around one in every 5 children born, lives in Uttar Pradesh (Census 2011). In fact, the infant mortality rate for the state at 68 deaths per 1000 live birth is much higher than the national average of 40.

While socio-economic conditions remain the underlying factors, experiences at CRY- Child Rights and You have pointed towards three factors that mainly contribute to infant deaths – lack of knowledge on primary health care, lack of health seeking behaviour in the affected community and quality medical infrastructure and services.

Though the state government has taken several initiatives to reduce the infant mortality rate, their implementation has been fraught with several challenges and the progress has been uneven and slow.

CRY which has been working for the development of children in the state for the last 25 years recently carried out a detailed audit on mortality deaths and status of medical infrastructure in its intervention areas. To study the availability, adequacy and quality of health care services in the state, 19 primary health centres (PHCs) and 43 sub-centres (SCs) spread across 10 districts were surveyed.

Three delays were primarily identified to be contributing to high mortality rates. These include delays in seeking medical help at the right time, reaching the facility and receiving the services at the health centre. Improving community recognition of medical emergencies and quality infrastructure are therefore essential to eliminate these delays.

Distance not just makes accessibility difficult, especially for people in remote areas where road conditions are bad and transportation is limited, but also puts additional pressure on the medical staff, thereby affecting the service quality.

Additionally, more than half of the 43 sub-centres surveyed had no examination rooms, labour rooms and newborn care facility.

Furthermore, every health centre surveyed was understaffed. The Rural Health statistics -2015 also points to these challenges. Its findings reveal that not only is the state grappling with a shortfall of more than 12,000 health centres but is also facing an acute manpower crisis.

There is a shortage of 37% doctors at PHCs, more than 80% shortfall in paediatricians, obstetrician and specialists and 50% nursing staff including Auxiliary nurse midwives (ANM) who play a vital role during pregnancy. 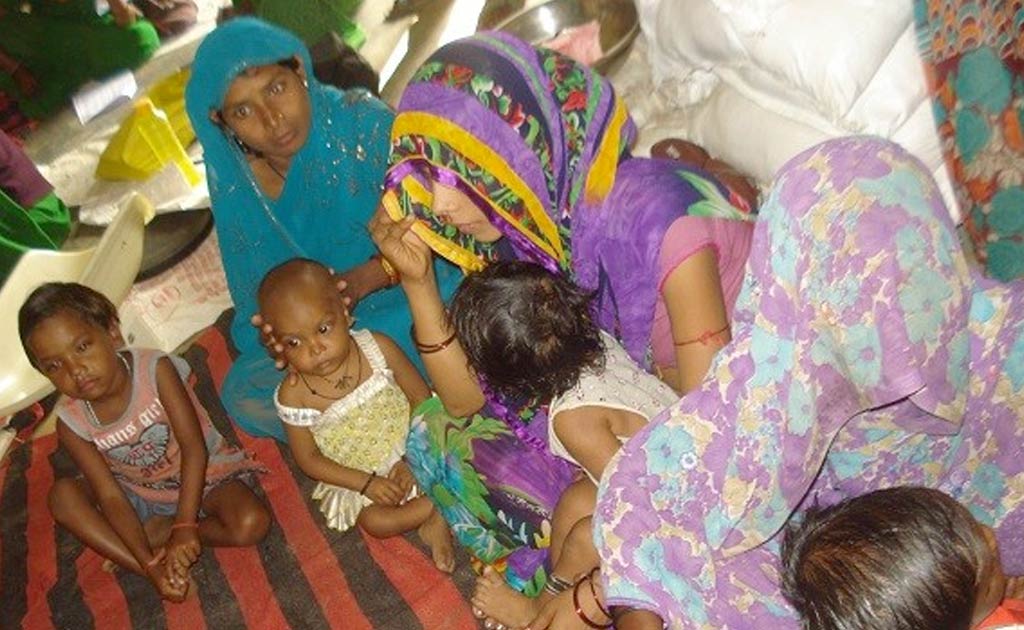 The fact that each of the 19 primary health centres surveyed recorded an average of more than five deliveries per day should itself be indicative of the overarching effect that quality infrastructure and manpower can have on the health of the state particularly its children.

Social conditioning is another factor that plays a critical part. Knowledge, attitude and practices with regards to sanitation, hygiene, regular immunization and feeding pattern form an integral part of ante natal and post-natal care. Both are important for the health and survival of the mother and the new born and can help reduce high rates of infant mortality.

However, poverty and superstition amongst communities leads to several healthcare aspects being grossly undermined and sometimes completely ignored.

Even the Annual Health Survey (2012-13) for the state paints a grim picture.

According to the survey, 93% expectant mothers did not receive full ante natal check-ups required to monitor the development of the foetus and more than 90% mothers did not consume iron folic acid tablets essential to prevent anaemia and other defects in the infants.

Post birth, more than 1 in 5 newborns did not receive check-up within the first 24 hours, the most crucial period for their survival. Furthermore, only 21% infants were exclusively breastfed and almost half of the children did not receive full immunization required for protection against preventable and infectious diseases. The fact that one out of four infants born was underweight could easily be a result of the above mentioned factors.

Malnutrition also has its history in child marriage which often culminates into premature pregnancy. Adolescent girls whose bodies are not fully developed to handle pregnancy are prone to life-threatening complications, give birth prematurely or to low weight babies. Often the pregnancies are closely timed depriving both the mother and the baby of the basic healthcare requirements. This in turn creates a cycle of malnutrition that is often inter-generational in nature.

Child malnutrition is a serious and pervasive problem which impacts both the physical and mental development of the child and may have far reaching consequences even in adulthood. Prolonged malnutrition can also lead to death adding to the mortality figures.

The case study of Munni bano from Lalai village in Allahabad district is the interplay of several factors. Married at the age of fourteen Munni lost her four children within a few years to malnutrition though she blames it on an evil spirit. Living in extreme poverty and a meagre diet she went back to work within days of giving birth. Her community has no access to health care due to their caste and economic conditions. As a result they rely on quacks for treatment. Munni’s story reflects of a common thread across several such communities in the state

Government schemes and initiatives can be a total success only if we ensure that their benefits reach the last beneficiary. To achieve this proper monitoring and co-ordination at the community and household level is crucial. A combination of community participation, quality infrastructure and sufficient number of qualified and sensitized health workers thus needs to be put in place for effective delivery of quality maternal and child health care.