Home Gallery A Dark, Grim Hut Replicates Labourer’s Life In Bondage
Share on Facebook
Tweet on Twitter
Ranipet:  The hut sits in the middle of a government office in Tamil Nadu’s Ranipet. Small, with smudged walls, it has tin sheets for a roof and a tiny window that barely lets in light.

The hut – a replica of his former home – resembles a “film prop”, according to Chinnaraj Balan.

But when Mr Balan was building the tiny, dark space, he relived every moment of the three years he had spent in bondage at a brick kiln, working endlessly to repay a loan of just Rs 5,000.

His home back then had been “something worse than the prop”. 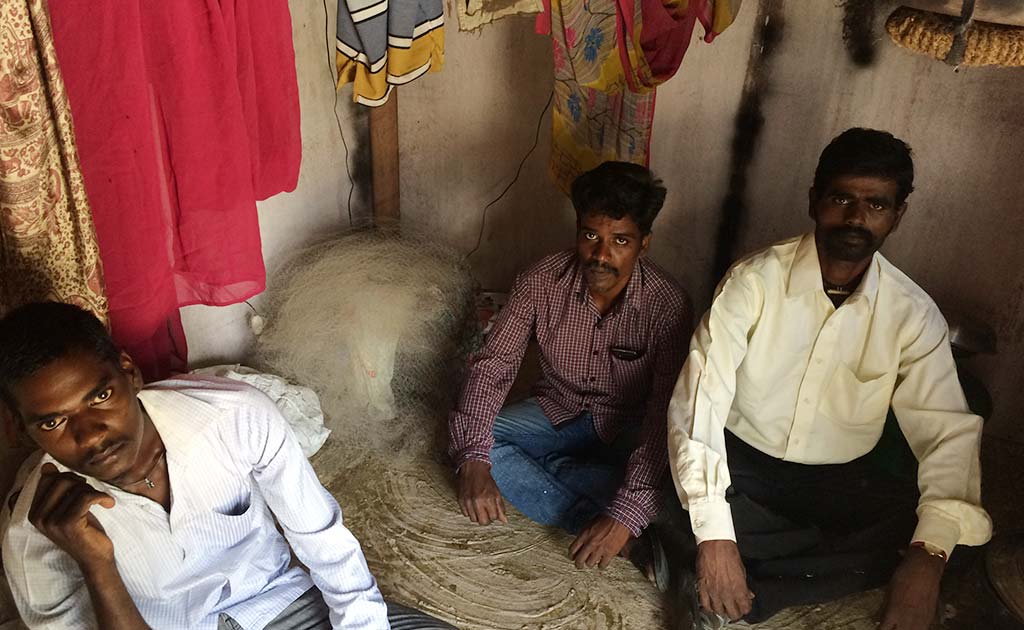 This week, as Mr Balan stood outside the replica he had build in Ranipet, he urged officials to step inside and “relive his life in bondage”.

Part of a unique awareness drive for government officials whose job is to identify bondage cases, as well as rescue and rehabilitate the workers, Mr Balan hopes to shock and sensitise.

“My family and I lived like this, with no electricity in our homes, no bathroom facilities. Cooking, eating, sleeping in this tiny hut. It was like hell.” 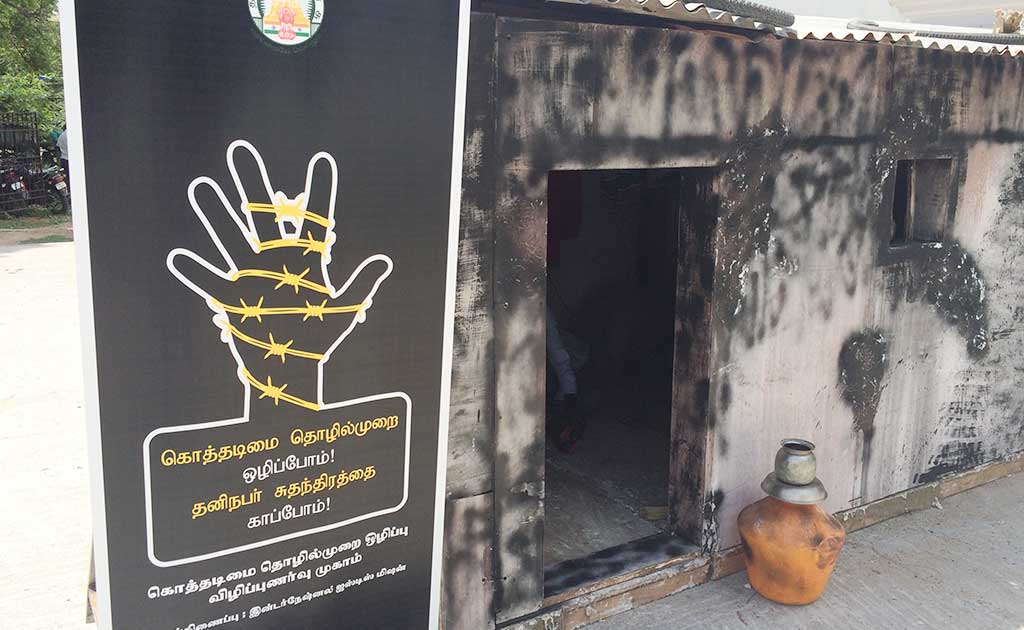 Over the next month, Mr Balan and his hut will travel across 11 districts in Tamil Nadu, reaching out to nearly 2,000 officials who are seeking out cases of bondage that lurk in the smallest villages and biggest cities alike.

“The idea is to make officials aware of the nuances of bonded labour,” said Helen Barnabas of non-profit International Justice Mission, which is running the campaign in collaboration with the state government.

“Sadly, many law enforcement officials have no clue on how to deal with these cases. For most, this is the first sensitisation training on this issue.” 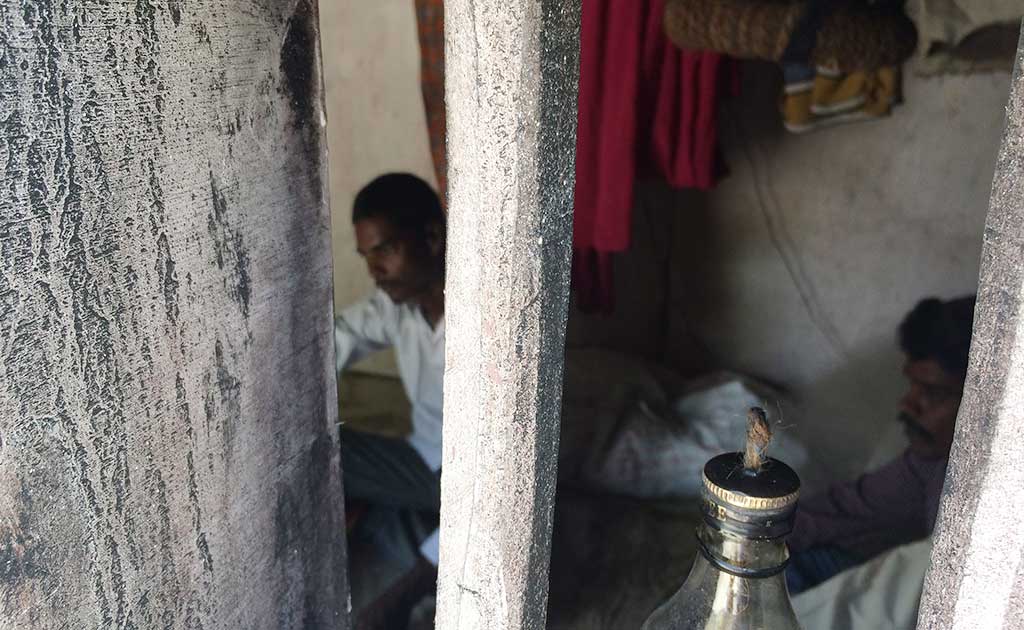 India banned bonded labour in 1976, but it remains widespread, with millions from the marginalised Dalit and tribal communities working in fields, brick kilns, rice mills, brothels or as domestic workers to pay off debts.

Last year, the government announced plans to rescue more than 18 million bonded labourers by 2030, and increase compensation for rescued workers by fivefold as part of its efforts to tackle modern slavery.

Tamil Nadu’s awareness drive is an attempt to get officials to be proactive in identifying cases of bondage. 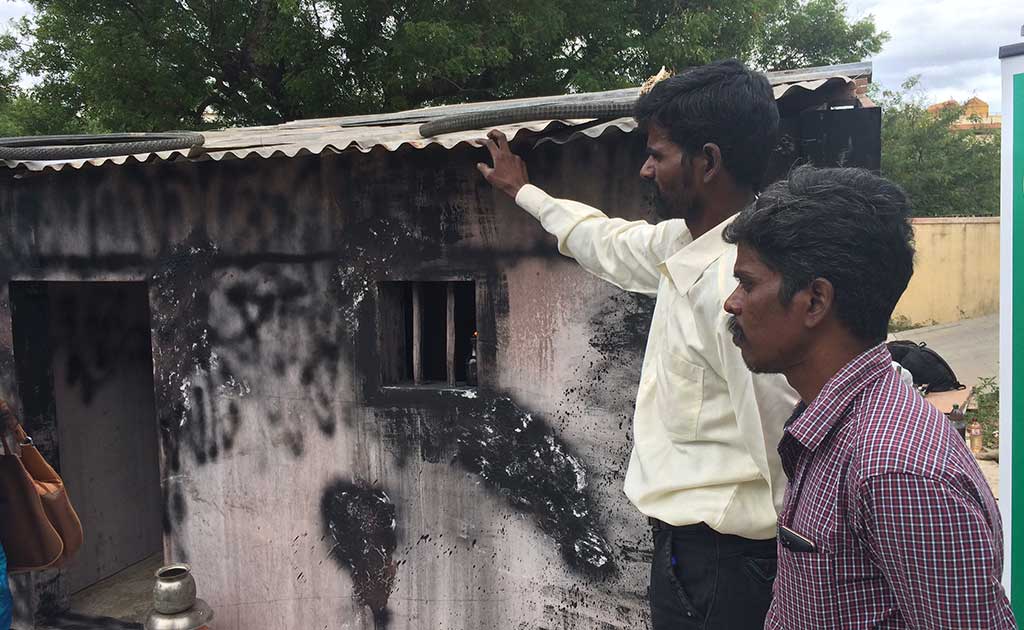 As officials squeeze into Mr Balan’s hut, a dramatised audio play tells the story of a young family trapped in debt bondage, the most prevalent form of slavery.

“It is so dirty, with all the clothes hung on a line and the utensils on the ground,” said village level officer B Paneerselvam after he spent a few minutes in the hut.

With delays in getting compensation, paperwork and lack of proper rehabilitation, falling back into bondage is the greatest challenge faced by those who have get out, they said.

“Many officials see this as an economic problem and not a case of bonded labour,” Ms Barnabas said. 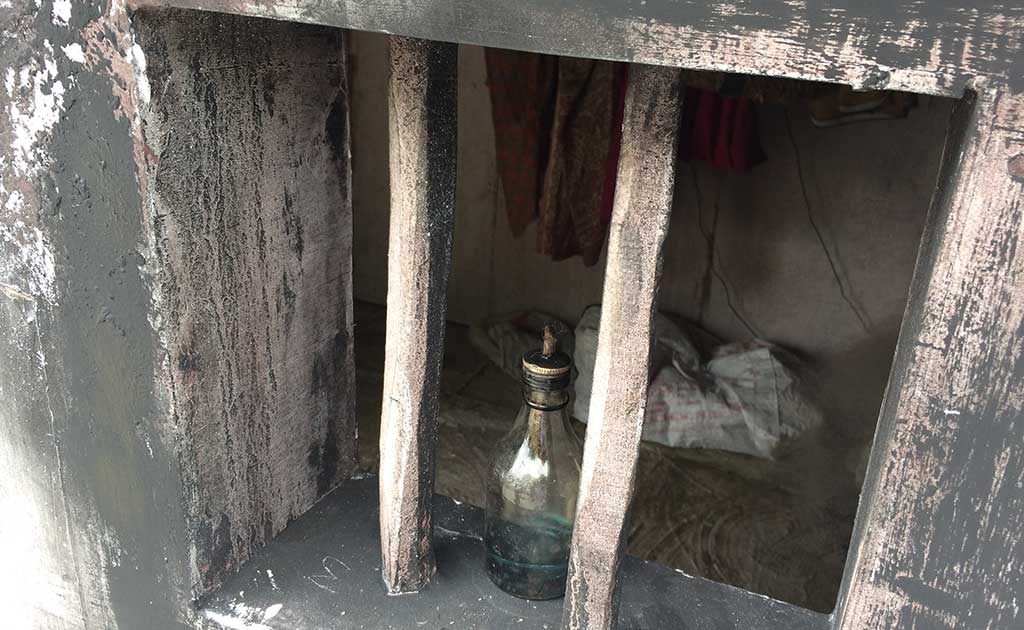 Nearly 200 officials attended the programme in Ranipet, many posted in villages and towns that have been identified as hotspots for bonded labour.

“Many are not fully aware of the law and the recent changes in it,” said Vellore Ganapathy Ramesh Kumar, labour officer in charge of the district.

“The simulation shows how deplorable the conditions of bonded labourers are. It should leave an impression in the mind of government staff and spur them to take action.”