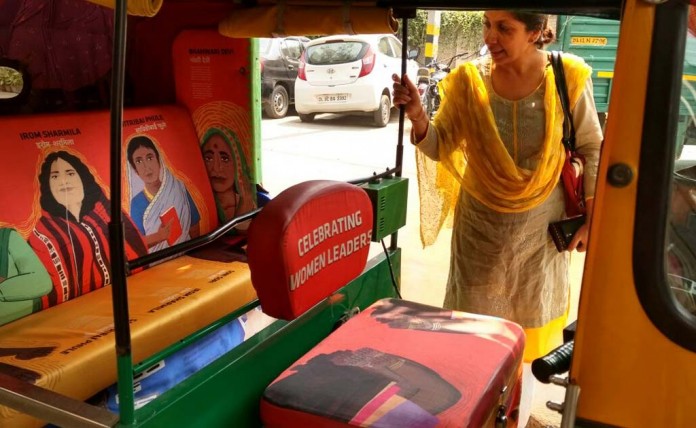 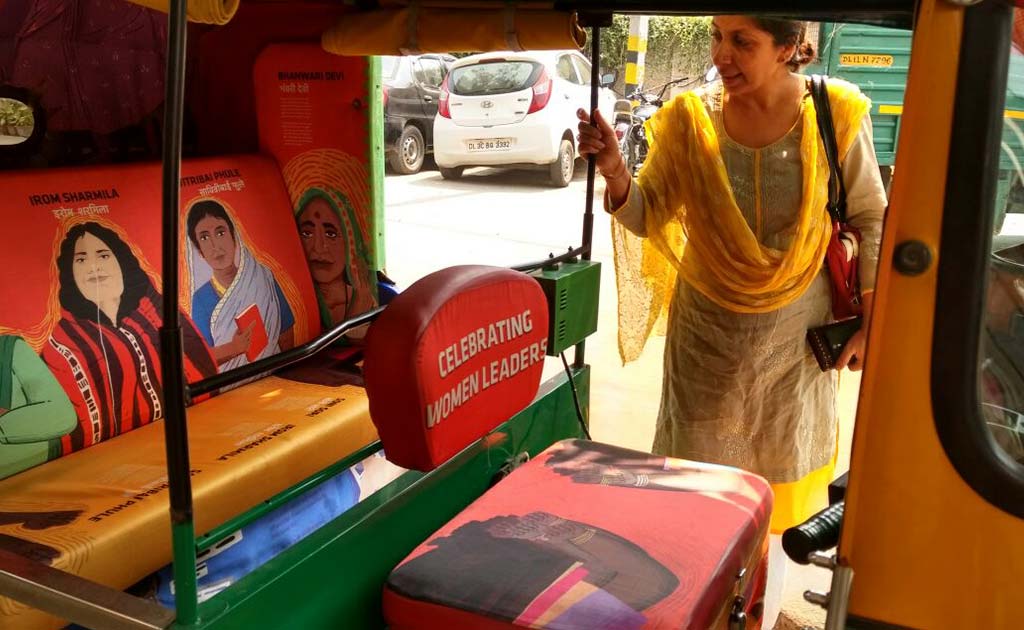 Delhi, mostly branded ‘unsafe’ for women, is fighting the tag of ‘rape capital’. One of the efforts in this direction is the makeover of an autorickshaw that pays tribute to India’s women crusaders.

This ‘gender-sensitized’ autorickshaw is doing the rounds of Delhi, sharing the stories that are lesser discussed. 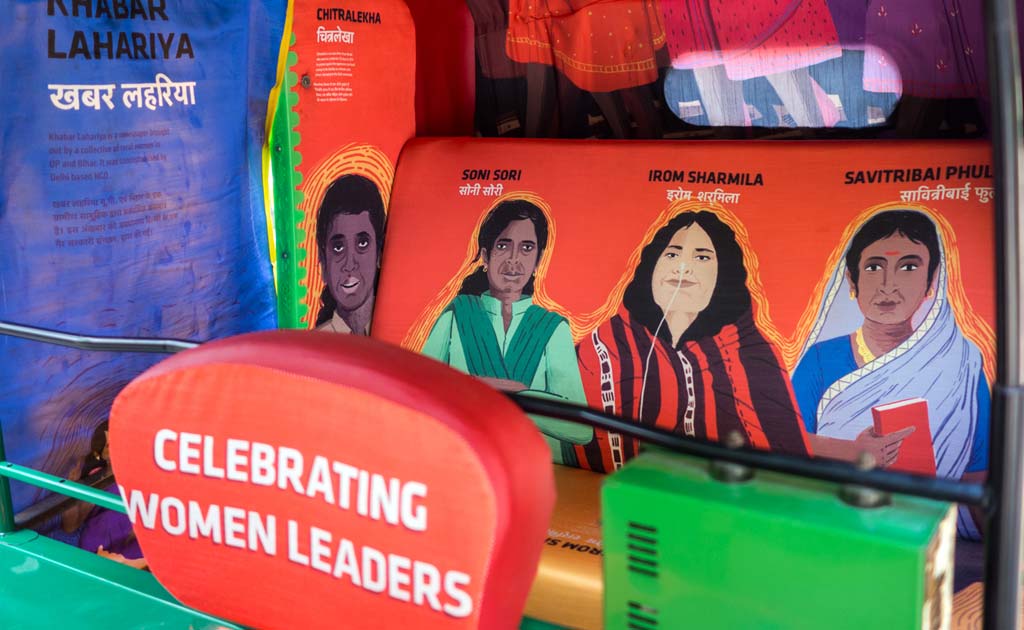 The autorickshaw is adorned with sketches of powerful women who have championed social causes. 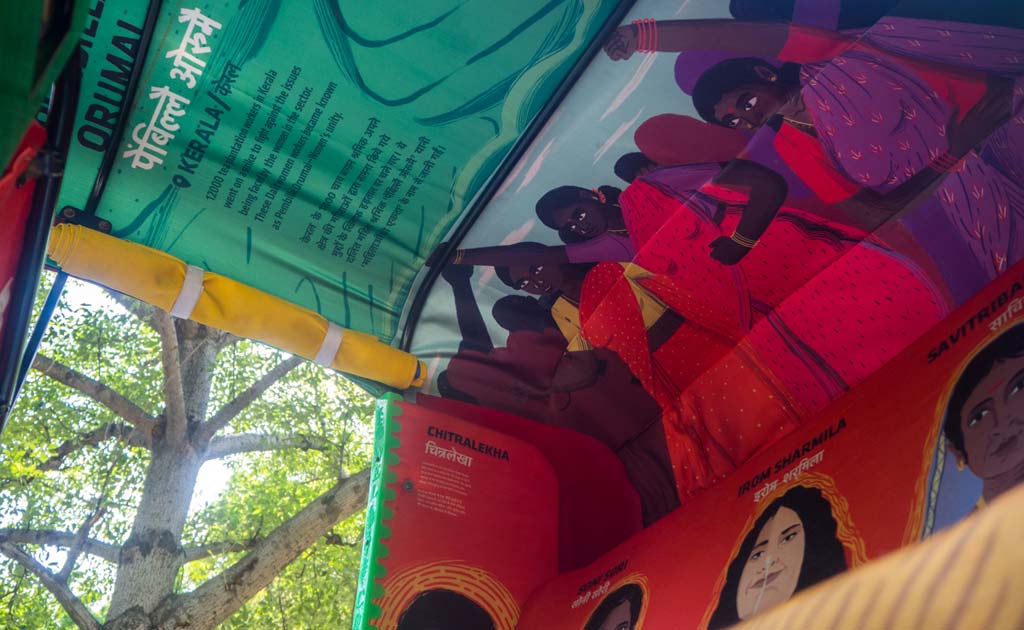 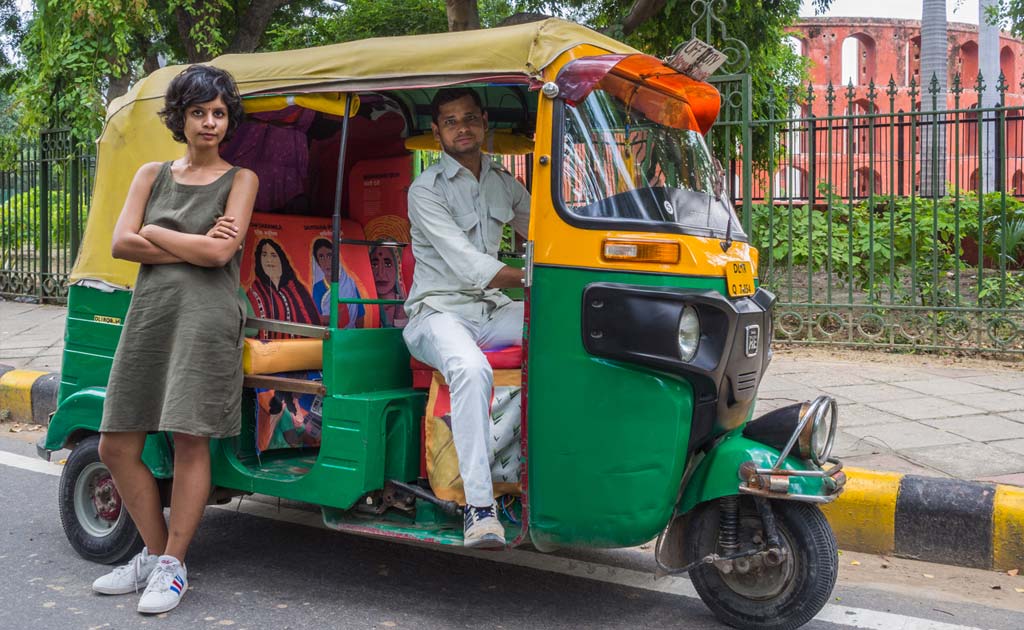 Talking about the inspiration for the design, Kruttika Susarla (above), the brain behind this illustration, said, “The women depicted in the auto rickshaw come from oppressed backgrounds and despite that, they have been successful in their struggles.”

“If I had made the illustrations and shared them only on social media, it would have reached to only a limited audience. With this design, however, I have incorporated text in English and Hindi. I am certain that these stories will travel far and wide and inspire every one,” she said. 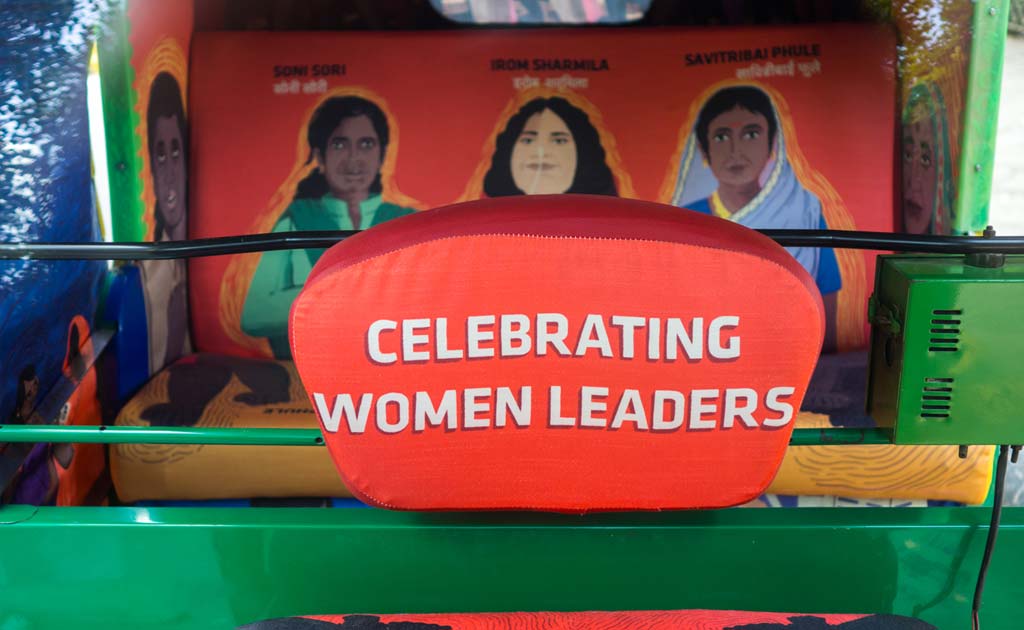 The drivers are sensitized to not focus mirror on the backseat, write any kind of lewd slogans or paste female models or celebrities’ pictures inside the vehicle. 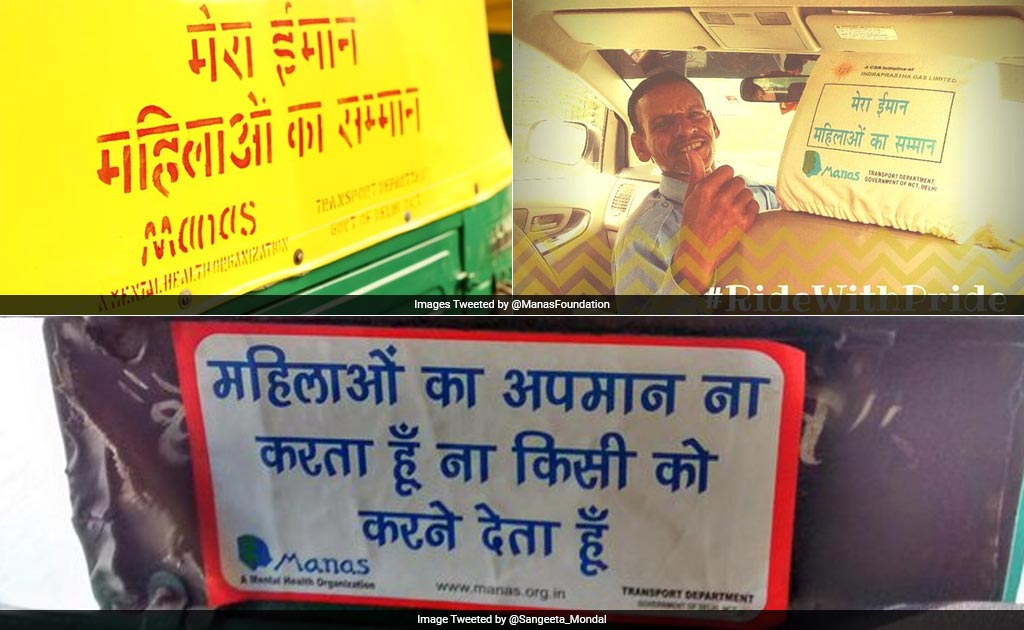 Naveen Kumar, Psychologist and Trustee with Manas Foundation said, “The mental consciousness of the driver is invoked wherein they are told how it’s their responsibility to ensure a woman passenger feels safe using a public transport.”

“Under the programme, we had earlier branded Delhi autorickshaws with slogans like ‘Mera Imaan, Mahilaon Ka Samman’ and also a pledge by the drivers which implied that they respect women. In line with it, this is the first-of-its-kind autorickshaw that celebrates women leaders,” he said. 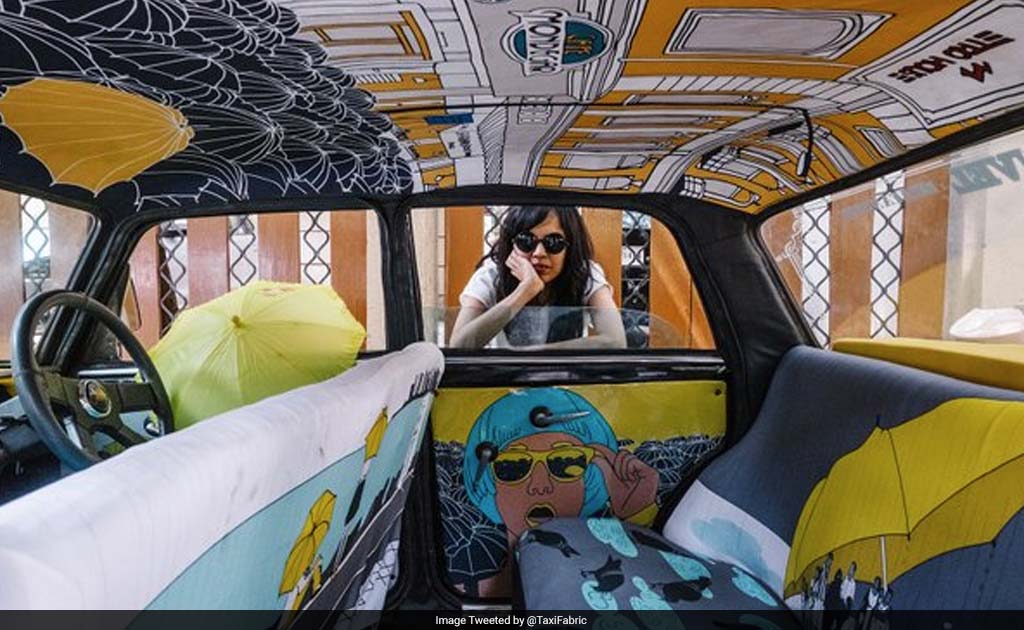 Taxi Fabric is known for giving makeover to taxis in Mumbai. They turn taxi seat covers into canvases and through contemporary art, enrich travel experiences of commuters.

Mayur Kiran Mengle, Designer, Taxi Fabric team, said that this was the first time that they worked on a social angle.

“We are now working on 7-8 new concepts around gender equity and justice and will be roping Delhi-based artists for designing the interiors of auto rickshaws,” he said. 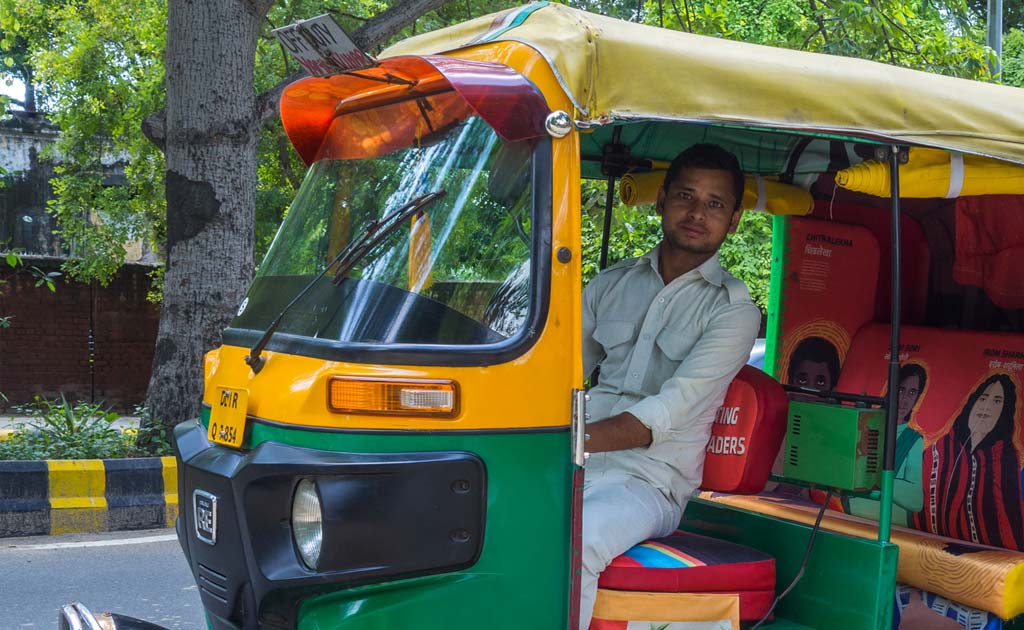 After the makeover of his autorickshaw, Gagan Thakur said, “People stop me and ask me, is it fashion? I tell them they are women from Chhattisgarh, Kerala and Manipur, who are fighting for their rights.”