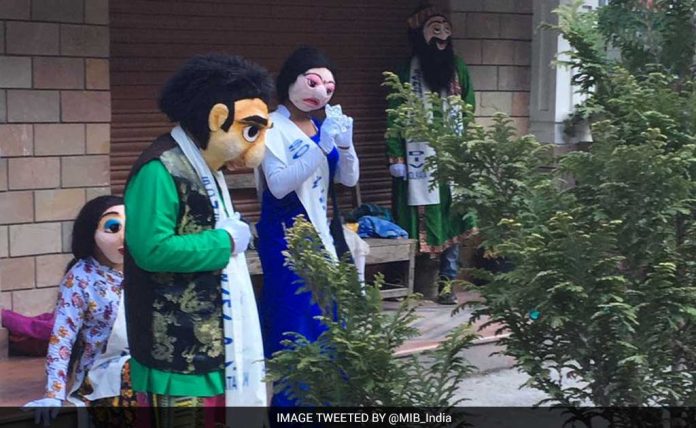 There has been no dull day for the government’s Song and Drama Division since it began to spread “Beti Bachao, Beti Padhao” campaign last year. Here’s a look at the efforts made by the department to reach across the length and breadth of the country with the message of saving and educating daughters: 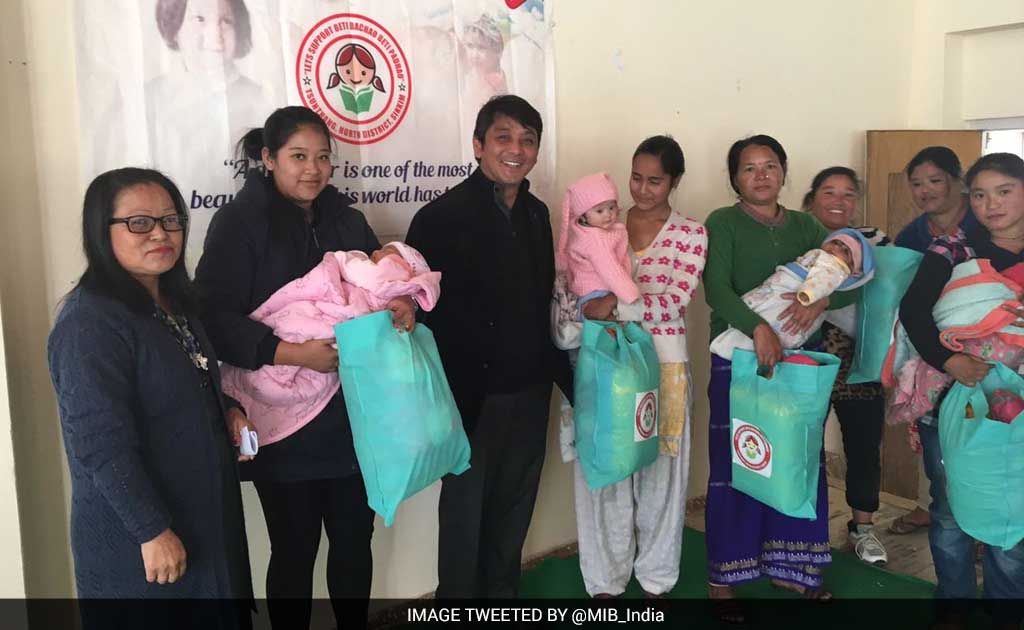 For 2016-17, the Ministry of Women and Child Development had identified a list of 155 districts across India where the awareness needed to be spread. The Song and Drama Division, which falls under the Ministry of Information and Broadcasting, in collaboration with the district authorities has conducted over 12,000 interactive programmes this year. 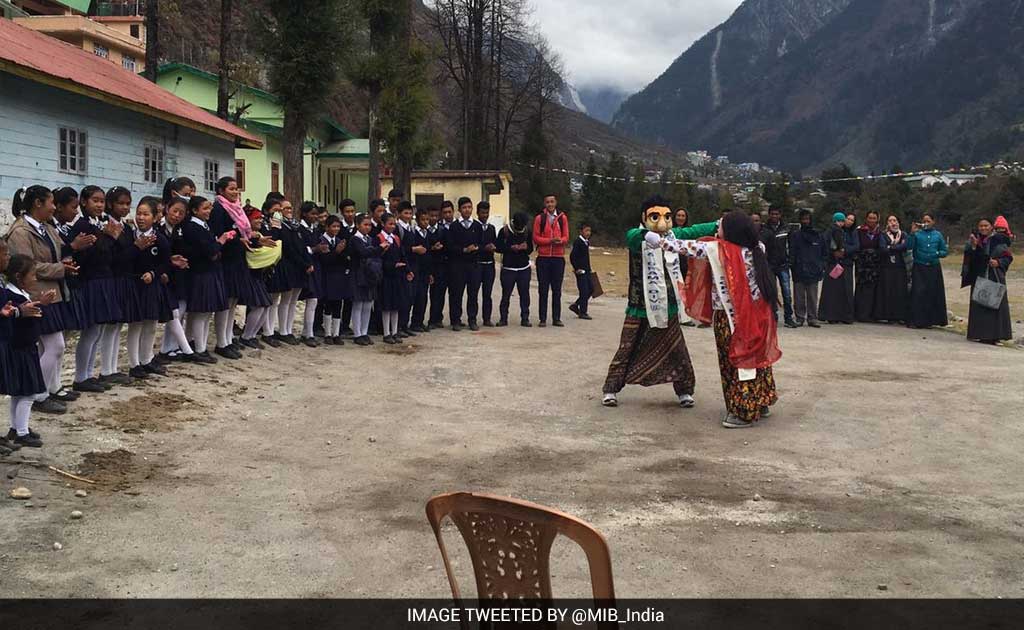 Through nukkad natak (street theatre), magic shows, folk music and dance, picnics, the department has been producing creative content that spreads the message while keeping the live entertainment and engagement quotient intact. The above image is from an awareness event in Lachung, North Sikkim.

The department is specially focusing on the districts in Jammu and Kashmir and North Eastern states and in collaboration with Sashastra Seema Bal, it has launched awareness programmes in Indo-Nepal and Indo-Bhutan border areas in the states of Uttarakhand, Uttar Pradesh, West Bengal, Sikkim, Assam and Arunachal Pradesh. The above image is from a programme at Ultapani village of Kokrajhar in Assam. 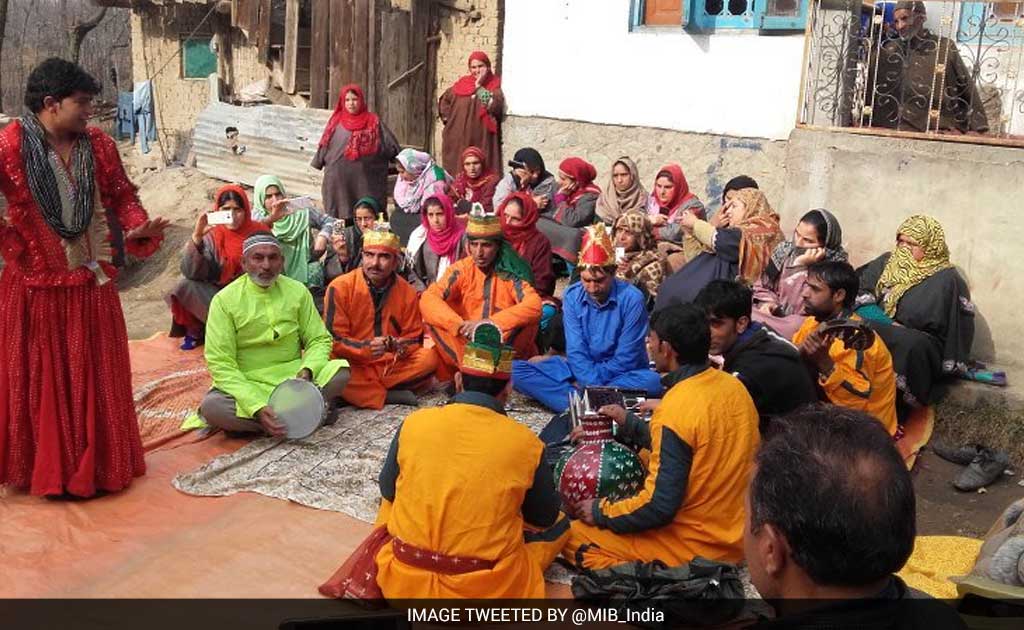 So far, the department has conducted over 70 programmes with Sashastra Seema Bal in Indo-Nepal border in Uttar Pradesh and Uttarakhand alone. The above image is from Kulgam district in Jammu and Kashmir during a song and dance programme involving locals. 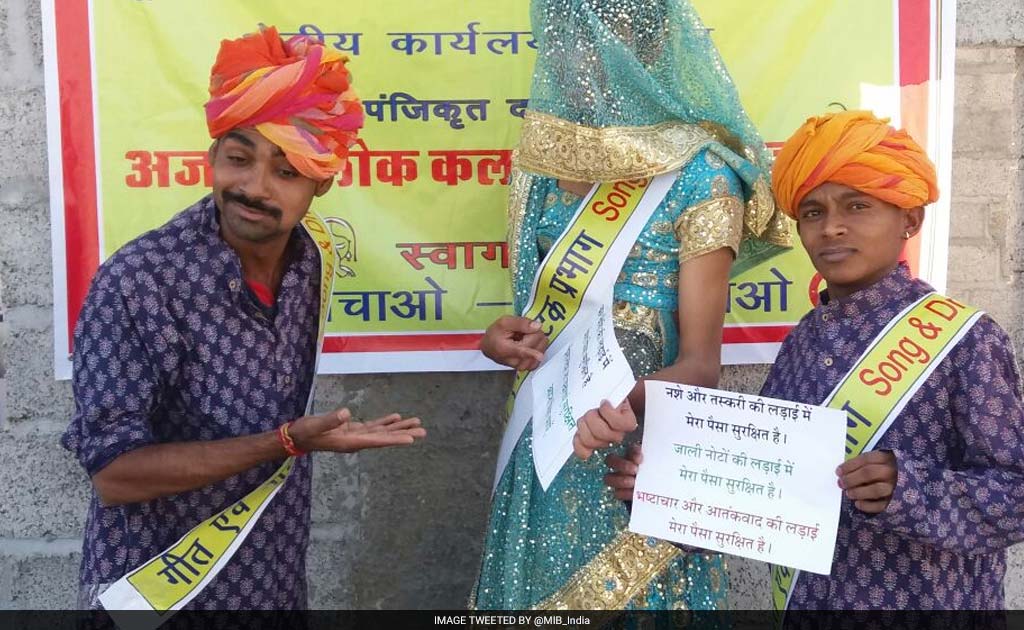 Anurag Mishra, Director, Song and Drama Division, Ministry of Broadcasting, says that earlier there was a lot of thrust on fictional programmes, “but now we are trying to merge real life stories with the performances to draw a better connect with the people.” The above image is from a nukkad natak (street theatre) in Sawai Madhopur in Rajasthan. 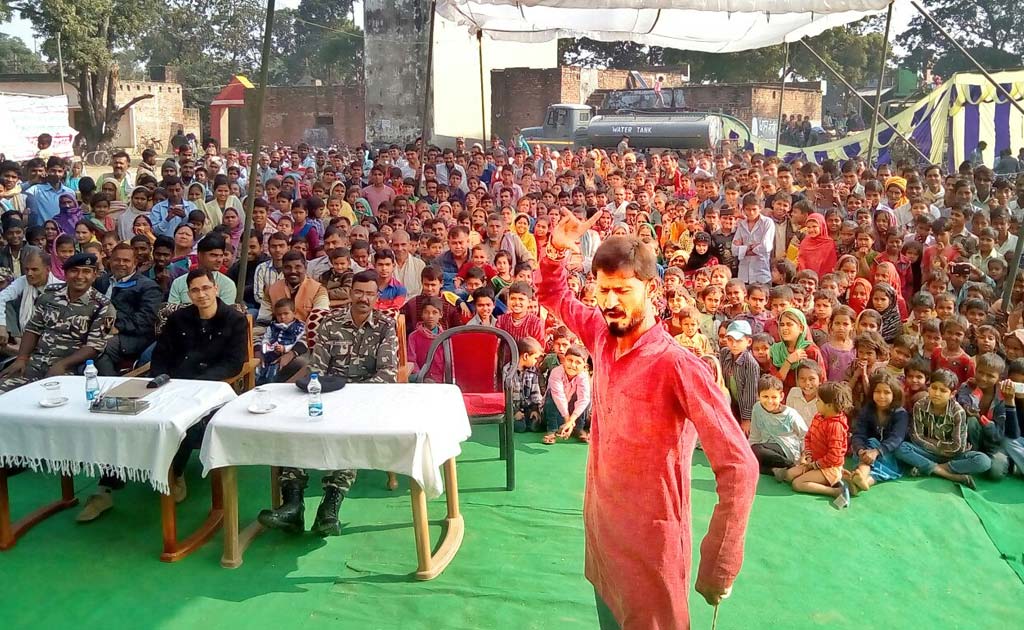 According to Mr Mishra, the USP of the programmes is the involvement of local artistes who perform in their own dialect to connect with the locals. He says that this connect has proved to be more acceptable by the audience and are thus being well received. The above image is of a nukkad natak (street theatre) being performed at Shravati district  in Uttar Pradesh along the Indo-Nepal border. 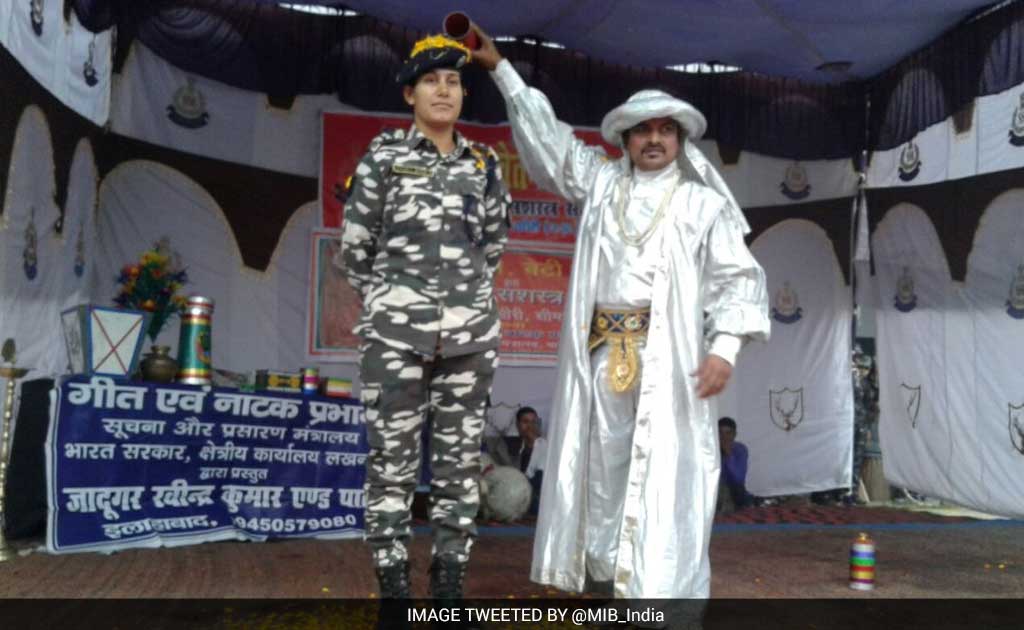 There are no celebrities involved in the programmes. Real life people and their stories are being showcased so that people can establish an association, understand the gravity of the issue and draw their own inference. In above image, a lady constable’s story is being presented at Lakhimpuri Kheri in Uttar Pradesh. She works at Sashastra Seema Bal. 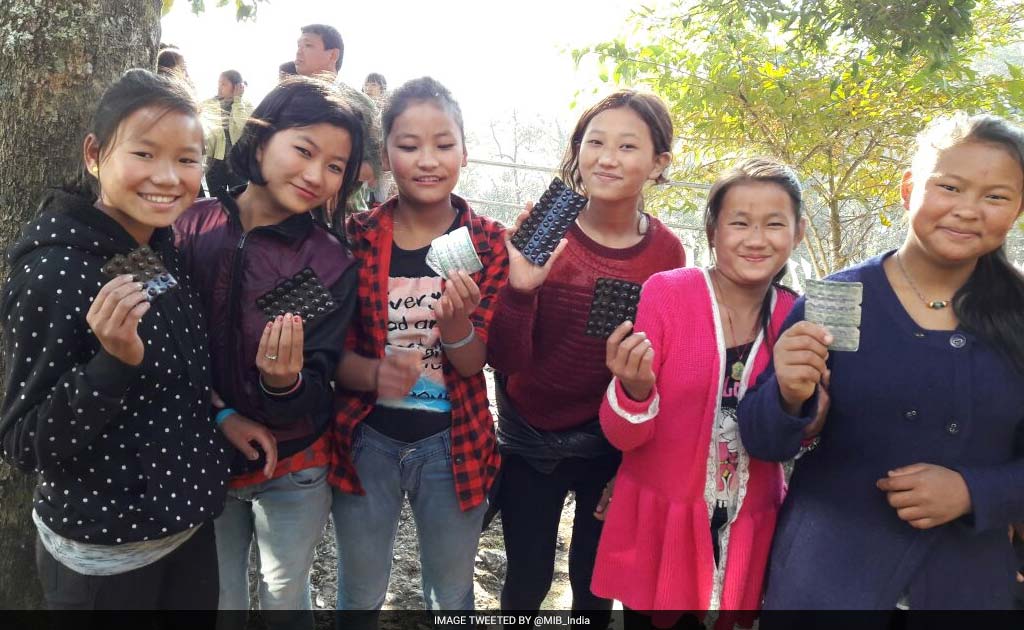 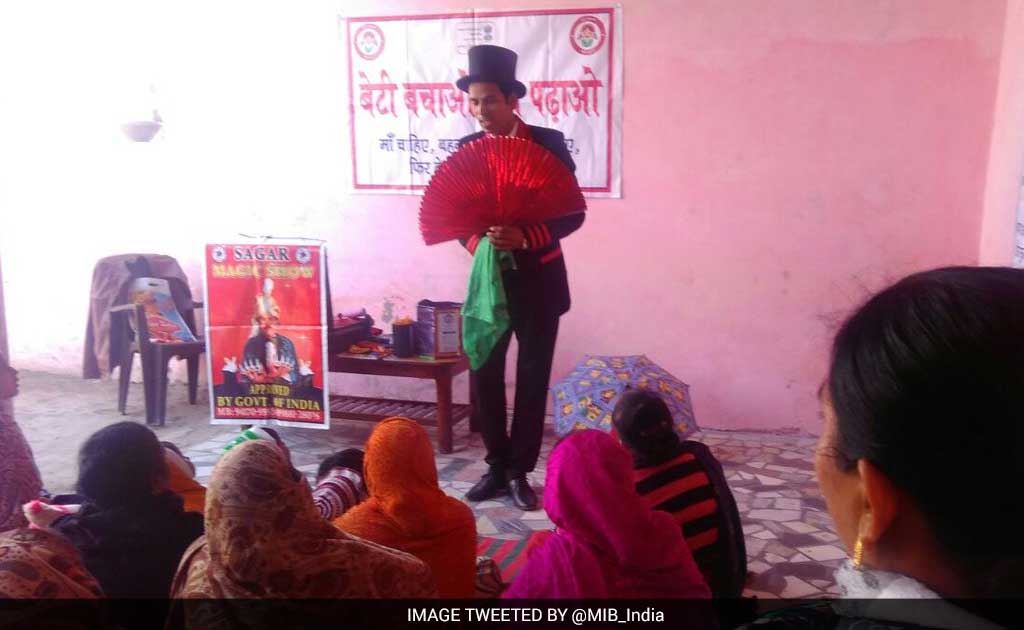 A magic show being performed for young boys and girls in Moga district of Punjab. 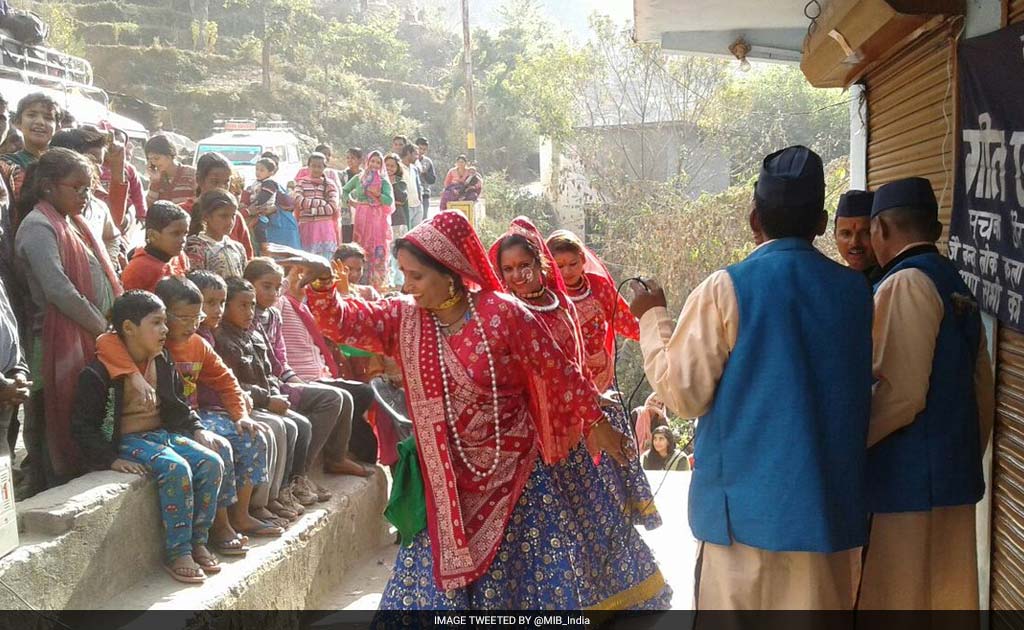 A dance programme being conducted at Didihaat village of Pithoragarh in Uttararkhand to spread awareness on the importance of a girl child. 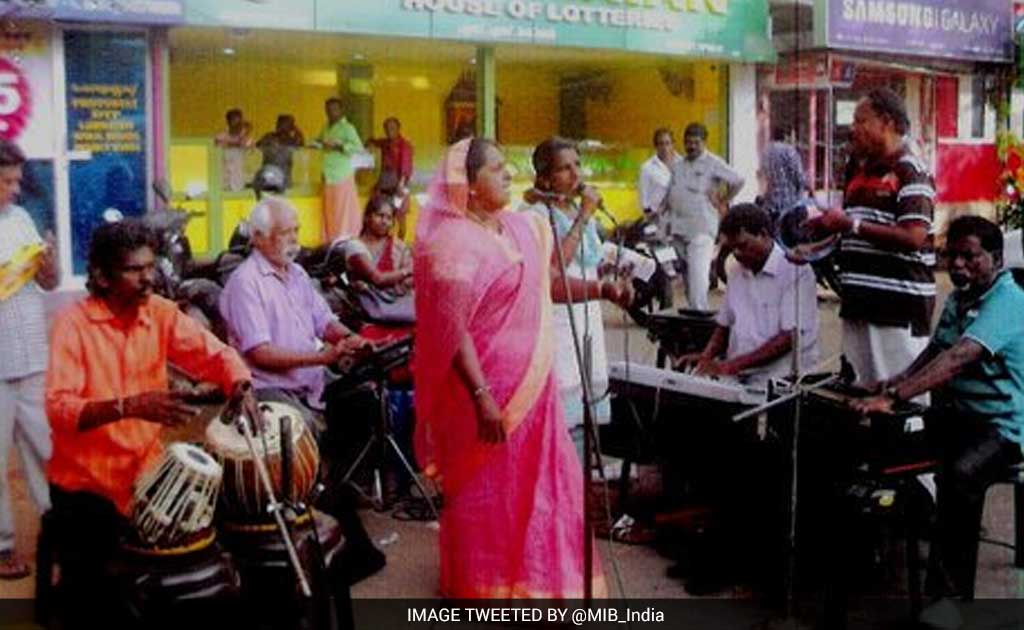 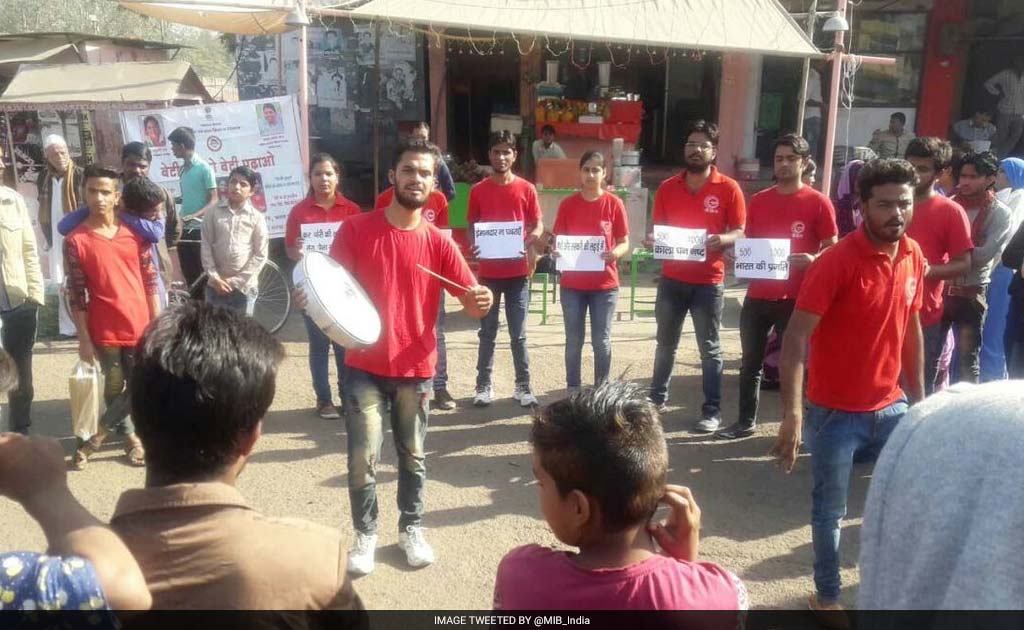 As a mark of pre-celebration for National Girl Child Day on January 24, the department is planning to take the awareness drive to islands in Port Blair from 6-15 January. The troops from north-east and Bengal will perform during the event. The above image is from an awareness event in Jaipur, Rajasthan.