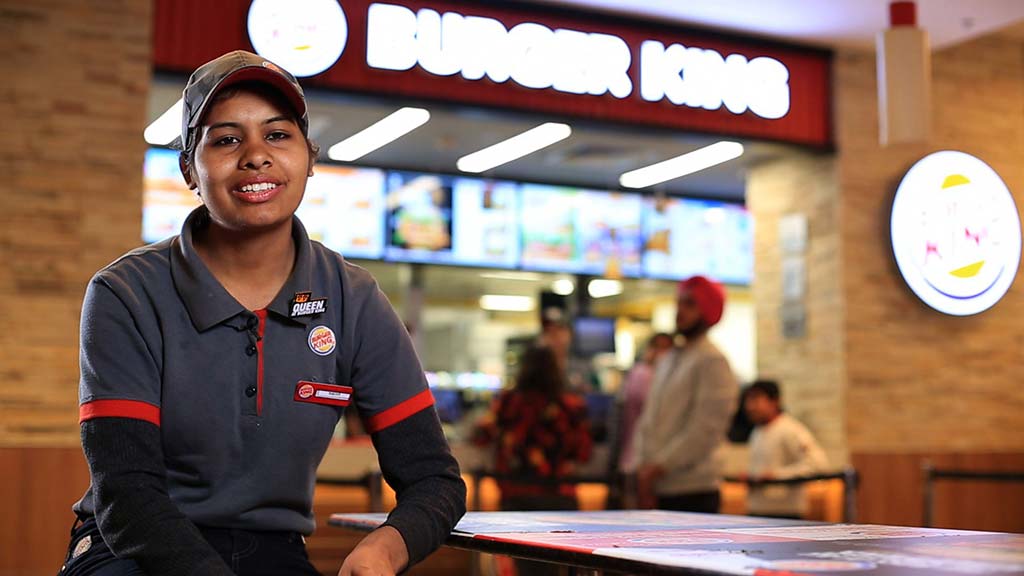 DHANI CHABLAMORI, FATEHABAD: : As a child, she had to walk to another village to go to school after Class 5. Now, as the elected chief, she wants to give her village a better school. Meet Rekha Rani. At 21 years, she is the youngest sarpanch, or village chief, in Haryana.

She has another job too. The badge she wears at work says ‘Queen at Burger King’ but Ms Rani’s still getting used to all the attention that’s coming her way. She just smiles politely when customers stop by to ask whether a sarpanch from Haryana really works at the burger joint in the city of Chandigarh, over 200 km away.

As the people’s chosen leader at Dhani Chablamori, she is expected to take key decisions for the village with 3000 residents which has neither a primary health centre nor a secondary school. “When I first came to Chandigarh, no one had even heard of my village. Now at least people will know the name of Chablamori,” she says.

The one that she won was the first panchayat or village council election in her village. Chablamori was earlier part of a cluster of three villages that shared a panchayat. Ms Rani had no plans of contesting elections but when the Haryana government made things like a minimum education, a toilet at home and no outstanding loans qualifying conditions to contest elections, she found herself among a handful of women who could.

Ms Rani’s studied up to class 12 and with the seat in her village reserved for a woman candidate from the Scheduled Castes, she was among the very few who made the cut.
Her family wanted her to contest. Her father Bansilal says, “Earlier, we were thinking of asking one of the daughters-in-law in the village to stand for election, but no one met the education requirement. We have worked as labourers but always realised how important education is. That’s the only thing that can help you stand on your own feet.”

Many said the conditions imposed to be eligible to contest were unfair but they threw up Ms Rani as the accidental candidate. She was already breaking ground, becoming financially independent, with her job in Chandigarh.

“I’ve personally never had to face criticism but my family did. There were some who would ask, ‘what’s the point of sending her to work? Why get her an education? Finally, she has to get married.’ But, my family didn’t agree with those views,” she says with pride.

Just as she is proud of being the youngest village head in the state that has nearly 6000 village councils, Ms Rani has drawn up a long list of things-to-do. “Even today in Haryana girls are not allowed to study and married off at an early age. Dowry demands are made. I want to work on putting an end to this,” she says emphatically.

“My village has a school that’s only till class 5. I had to travel to another village to study in a secondary school. That’s a big hurdle when it comes to girls’ education. We need a better school in my village,” she says.

She still hasn’t decided if she will give up her job in the city, which gave her family much needed support, and move back to her village. But, she’s sure it’s time for her to move from just taking orders behind a counter to taking decisions at the table.