More than 50 per cent children under five years of age are anaemic in West Bengal, the latest National Family Health Survey or NFHS-4 has revealed.

“In West Bengal, though the number of children under five years of age suffering from anaemia decreased by seven per cent over the last decade (from 61 per cent in 2005-06
to 54.2 per cent in 2015-16), one in every two children is still anaemic,” Atindra Nath Das, Regional Director (East), Child Rights and You told PTI while quoting from the report.

Mothers do not fare any better than the children. More than 60 per cent of all women and over half (53.2 per cent) of pregnant women were found anaemic in the state, the survey which was released last week revealed.

“The nutritional status of children in West Bengal is found to have improved only marginally, in comparison to that of the previous NFHS data published almost a decade ago,” Mr Das said.

The much-awaited survey on India’s health indicators was released by the Health Ministry recently, after almost a decade. While the report indicates an improvement in the overall health of children, the rate of progression on annual basis remains alarming.

Other than child malnutrition, quality of ante-natal and delivery care for expecting mothers also showed worrying trends negatively impacting child-health in the state, as findings of the recent survey suggested.

Even though, West Bengal has done fairly well in several child health and nutrition indicators like immunisation and treatment of critical childhood diseases, the progression rate
of critical indicators like child nutrition — which has a direct impact on children’s overall growth and development — remains far below expectations, Mr Das said.

“The NFHS is not just a reflection of the state of health and nutritional well being of children, but it also provides a direction for corrective measures in state policies and programmes,” he added. 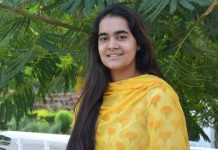 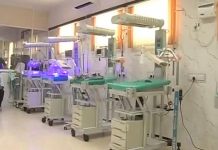