Bongaigaon, Assam: A rumor that Japanese Encephalitis vaccine leads to sterility spread like wildfire in some of the villages of Assam – a reason enough for the villagers to boycott the vaccination drive which was due this month.

Japanese Encephalitis, a mosquito-borne disease, has led to deaths of over 800 people since 2010 in Assam. The deadly disease is known to strike every summer. The initial symptoms are fever, headache, vomiting and confusion, but it can later lead to swelling around the brain and can also cause death.

Anbamuthan MP, a 31-year-old IAS officer posted in Bongaigaon district, is on a mission to quell these rumours and encourage people to get the much-needed vaccination.

Bongaigaon district has a population of over 8 lakh, of them, about 50 per cent are Muslims.

NDTV caught up with him while he was engaging with the community members in the remote Oudubi village, 220 kms away from Guwahati. Owing to the rumours, the villagers in Balapara had chased away a health department team, who had come to vaccinate them.

Taking lessons from his six-year stint in the Indian Army, Mr Anbamuthan, who is the Sena medal winner for his counter insurgency operations in Manipur, told NDTV that with his training in the Army, he had learnt to kill a rumour by engaging the community. 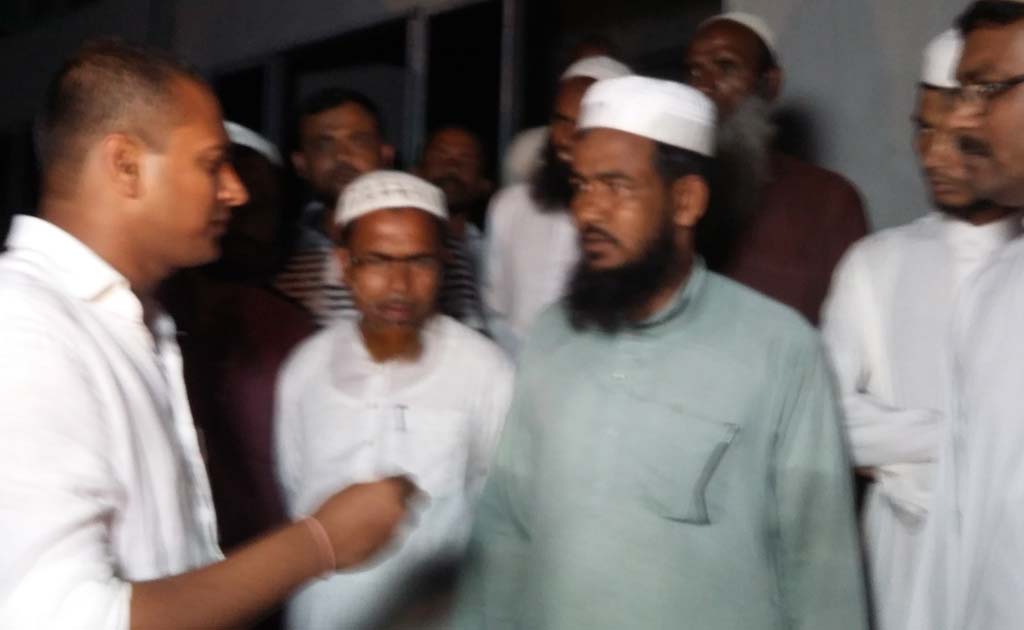 The IAS officer reached out to the Muslim clerics in the villages to spread the message about safety and necessity of the vaccination. To ward off panic and win over the trust of the villagers, he first took the vaccine shot himself in front of the villagers in Balapara.

After this, he went from village to village and got the clerics in the mosques to spread awareness among the villagers about the rumours and the dangers of Japanese Encephalitis. This was followed by on-the-spot vaccination by his mobile medical team.

“We were initially finding it very difficult to carry out the free vaccination and this year there is an alert on Japanese Encephalitis,” said M Rehman, the sub-divisional medical officer of Abhayapuri which has a large population of Muslims.

This innovative way of engaging the community by the young officer has been a game changer, he added.

“After Namaaz, we are telling people that the rumour is completely false and for their good they must take the vaccine,” said Maulana Muhammad Mir Hussain, cleric from Balapara village of Abhayapuri.

Forhan Rehman, a local resident said that the rumour was so deep-rooted that we objected to the drive.

“We have now understood about the disease from the IAS officer. We are convinced and ready to take the vaccine,” he added.

The officer now has to convince the rest 49 per cent of the villagers in the community to come under the vaccination cover.

The young officer hopes to achieve the 100 per cent vaccination target during the month of Ramazan.