New Delhi: No food, no water, no washroom, and a hole under a gate to wiggle out and in through a police cordon. This is how around 300 people are living under a flyover in central Delhi.

These men, women and children are “drought migrants” – a newly coined term for the thousands of farmers who are leaving their homes in Maharashtra and Bundelkhand and migrating in search of water and livelihood.

Every day, 4 to 5 trains disgorge them at the nearest railway station — at Nizamuddin. Balancing plastic sacks on their heads containing their meagre possessions, and carrying children in their arms, they totter out of the trains, wide eyes taking in the unfamiliar city.

But the city is yet to oblige. Work is hard to come by, the living conditions are harsh.

“We are farmers. We have never done construction work before but are doing it here to survive. But there’s no work to be found,” said Boban Gawai, a farmer from Washim district in drought-hit Marathwada. 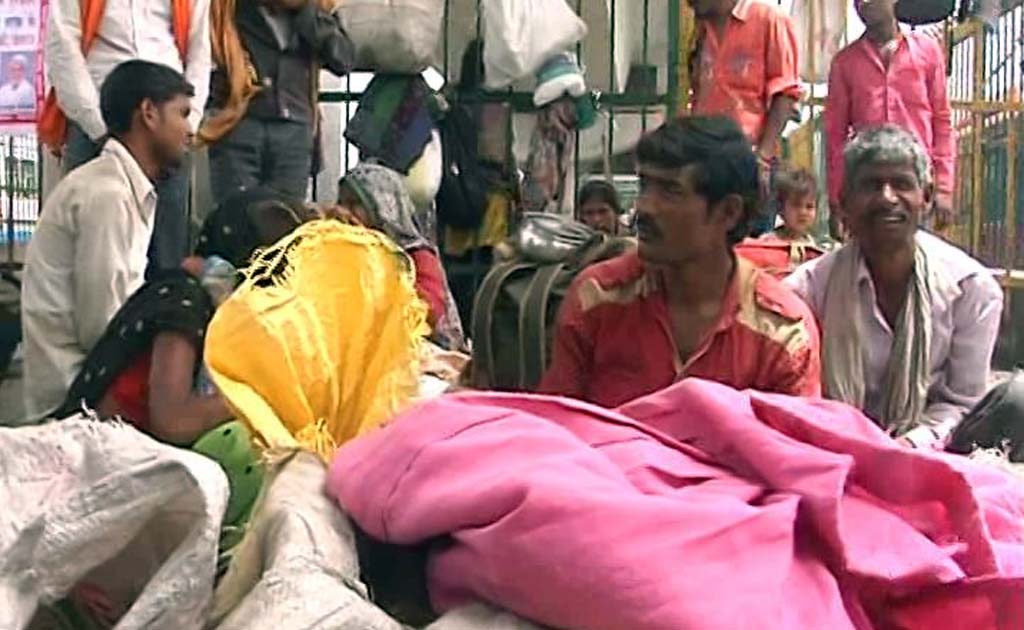 Gawai has been camping under the flyover for over a month now with his wife and 9-year old son.

A little way off, sits Ram Laal, farmer from Tikamgarh in Bundelkhand, with his family. It has been a month and jobs have been erratic, add to that the problem of oppressive touts.

“We came here because there was nothing to eat back home. For every day I work, there are at least two days that I’m left jobless. There have been times when I’ve worked for contractors and they’ve not given me remuneration,” he said.

For women, the situation is unsafe. “There’s no place to even take a bath. When we manage to get water, we go to a side of the flyover, and bathe there,” said Boban’s wife Vaishali. 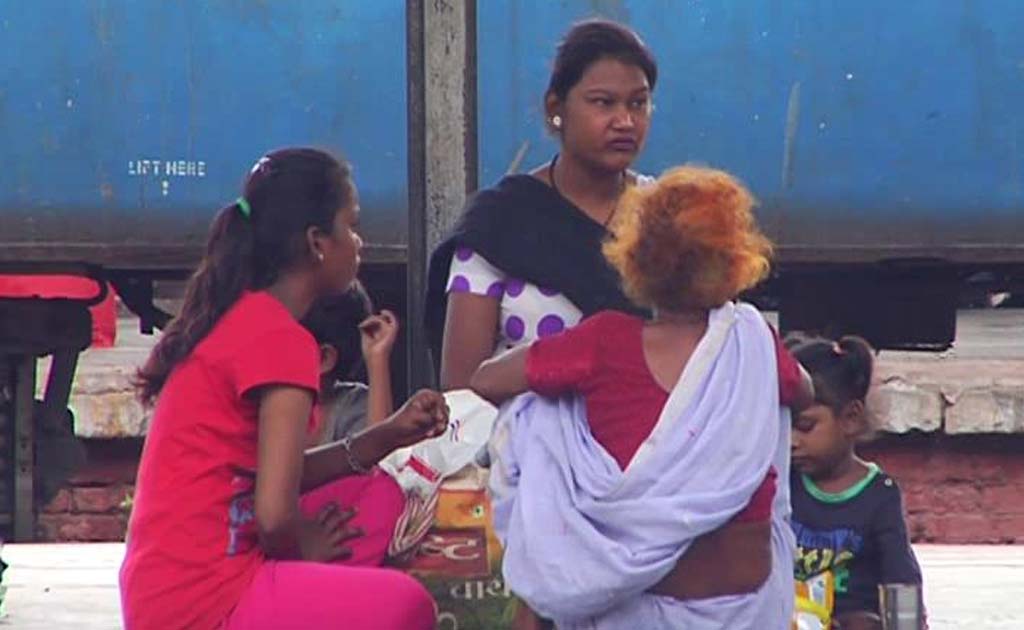 Budhia, an elderly woman, who’s come alone from her home in Rewa district of Madhya Pradesh, said drug use is rampant among the men there. “When night falls, the men start using intoxicants and behave in a very rowdy manner,” she said.
Across the road, the government shelters are of no help either, as they’re shooed away for being outsiders.

“In a drought year like this, there has to be some way of providing them identity; elementary way of recording just to make sure who’s alive and who’s not and to offer some absolutely bare minimum existential facilities,” said Yogendra Yadav, an academician who’s travelled extensively in drought-hit Bundelkhand.

“They’re being looted, there are children without protection, there are women who are unsafe, they are out here on the street for no fault of their own,” he said, remarking this is how the drought is knocking at the doorsteps of cities, which thought they were unaffected.