New Delhi: Six and a half months of maternity leave for women in the organised sector is now a reality after President Pranab Mukherjee gave his assent to the Maternity Benefit (Amendment) Act, 2017 last week.

The critics have pointed out that women in the informal sector, who form 95 per cent of the workforce, have been left out. Even within the formal sector, paid maternity leave is still a distant dream for many women, they say.

When 30-year old Development Professional Sukriti announced her pregnancy, her employers tried changing the terms of her contract.

“They wanted to hire me on a consultancy basis. On paper, it would mean that they don’t have to pay me during the six months of maternity leave at all,” she said.

While a majority of established companies offer paid maternity leave; according to the law, smaller companies, including start-ups, are not geared towards life events experienced by their employees.

The owners of small companies say the government’s recent move to double the paid maternity leave to six and a half months for companies employing more than 10 people will be a financial burden.

Onkar Khullar, founder of a start-up ‘I Impact India’, said that younger companies have little resources to spare.

“We’ll start hiring people on contractual basis because then maternity and insurance are not valid. Nothing against the women, but this is just a business decision,” he added. 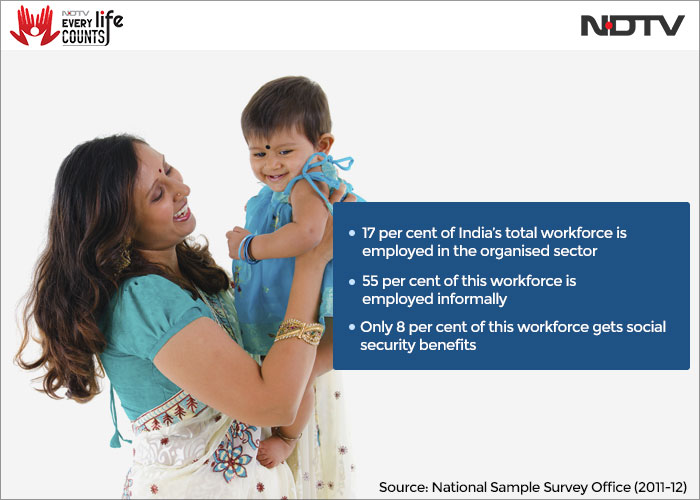 This trend of contractual employment is already evident in the increasing informalisation of jobs in the formal sector.

The existing law places the responsibility of providing six months’ paid maternity leave on the employers, but activists believe this may discourage employers from hiring women.

Activists are asking for a mechanism where the government can create a social security fund, from a tax levied on both workers and employers. The proposed fund could finance the paid maternity leave and ensure it just doesn’t remain a law on paper.