New Delhi: Eighty percent of class 3 students in rural India can’t subtract two-digit numbers and 70 per cent of them can’t read simple English. Of those who can, barely half understand the meanings of the words they read. These are just a few of the many findings of the Annual Status of Education Report, 2016, released on Thursday by the non-profit organisation Pratham.

Surveying 589 rural districts covering 17,473 villages, the report found that school enrollments have been consistent at almost 97 per cent for the last few years. 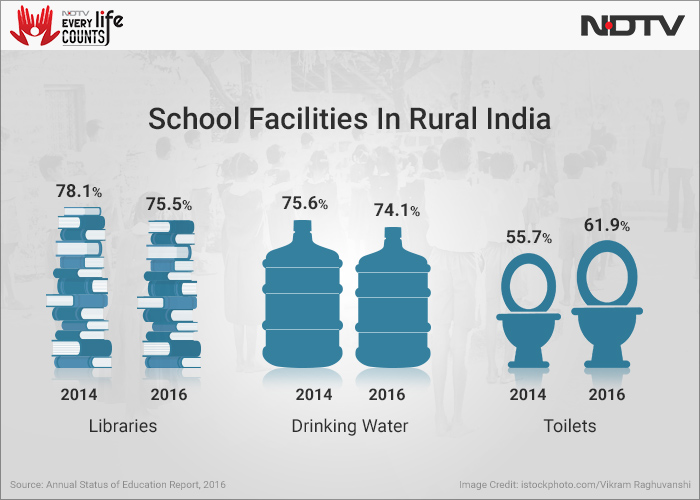 Arvind Subramanian, Chief Economic Adviser to the Government of India, said, “Enrollments are fine, but outcomes are more important.” The report card of rural India’s education system puts into perspective the gaps that need to be filled for the welfare of children.

According to the report, over the last seven years, attendance in primary schools has seen a dip from 74.3 per cent in 2009 to 71.4 per cent in 2016. The findings also tell that in Rajasthan and Uttar Pradesh, nearly 10 per cent of girls between ages 11 and 14 are out of school.

The report card of Uttar Pradesh had some poor results to show as students displayed low reading levels. While 8.4 per cent of class 3 students could read a class 2 textbook in 2010, that number is down to 7 per cent in 2016.

Uttar Pradesh needs a huge amount of attention, said Dr Rukmini Banerji, CEO of Pratham. She added, “Learning levels in the state are amongst the lowest in the country. I am not a politician, but I really wish that primary school learning and teaching levels could become an election priority, and if person in power in the state makes that promise, it will change India.” 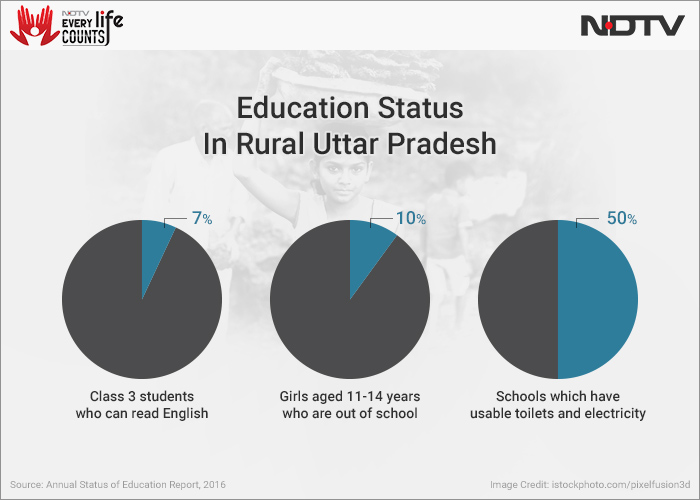 On the sanitation front, the report has positive results. In 2016, 68.7 per cent of schools have useable toilet facilities – an improvement from 2010’s 47.2 per cent.

Other facilities, however, did not see much change. Proportion of schools with libraries fell from 78.1 per cent in 2014 to 75.5 per cent in 2016. Drinking water availability also saw a decline.

India spent 4 per cent of GDP on education last year. According to the experts, the education spend is inadequate for the country of this size.

Delhi Deputy Chief Minister and Education Minister Manish Sisodia said, “I hope there is an increase in country-wide spending on education. In order to increase the quality of education, an increase in education budget allocation in necessary.”