Palkonda, Odisha: Malkangiri, one of the most backward tribal districts of Odisha, had much to contend with – lack of hospitals and schools, crop in the fields and food at home. And these days, a killer disease is flying over its lands. Japanese Encephalitis, which has claimed the lives of 68 children in 50 days.

For decades, the mosquito-borne disease that targets the brain has claimed the lives of thousands of children in Western Uttar Pradesh – in and around Gorakhpur. It made its appearance in Odisha in 2012.

All the deceased children of Malkangiri were less than six years old – many were fighting malnutrition. Many were the only child of their parents.

“After five years of praying and numerous visits to the traditional healer, we were finally blessed with a baby girl. Only four days in the hospital and she is gone,” says a bereft mother at Palkonda village in Odisha. At least six children have died in their village in the last two months.

At three-year-old Debu’s gravesite, an umbrella hangs along with a bag that has her belongings. According to the traditions of the Koya tribe, all the belongings of a deceased child are buried along with the body. This site is the only virtual memory the family has of her.

Despite the recurrence of the disease for the third consecutive year, the district administration was caught unprepared. Locals in Malkangiri say they have been given neither mosquito nets nor pesticides or repellents. No awareness programmes have been held either. 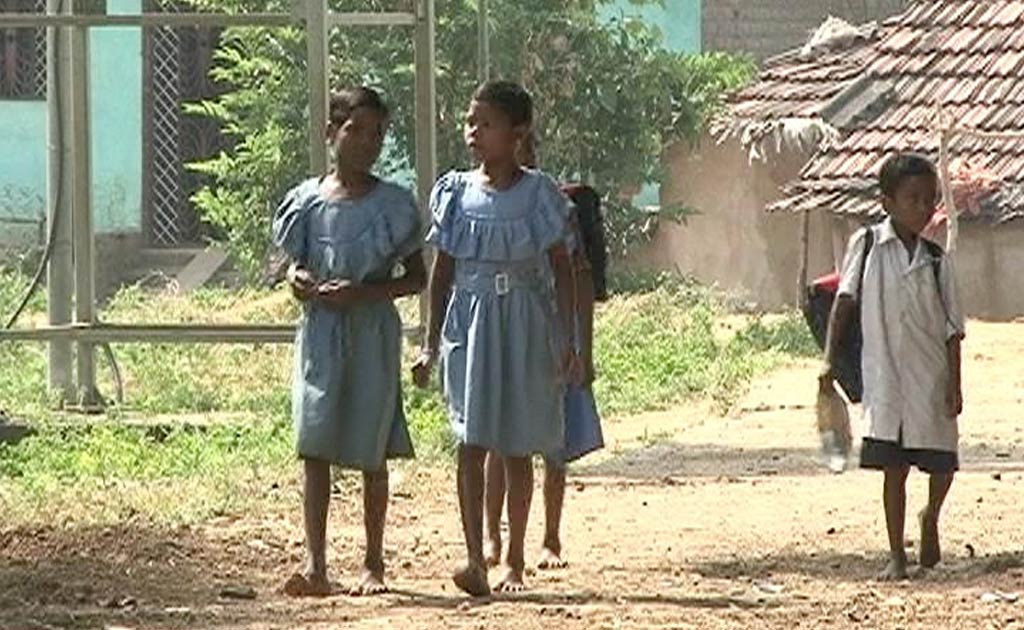 During a visit to the Palkonda village anganwadi, NDTV found that only six tubes of mosquito repellent were provided, which had to be shared between 70 children. Too little to go around, application of mosquito repellent has become a one-time exercise. The children queue up and anganwadi workers smear some cream on their arms.

Other necessary services were in short supply too. NDTV found only one paediatric doctor at the district hospital.

Sources at the district hospital told NDTV that there were no paediatric Intensive Care Units in the hospital and children had to be referred to Berhampur — a 9-hour tedious journey by road.

Dr Kalyani Sarkar, Additional District Medical Officer, Malkangiri, told NDTV that the district hospital does not have an MRI or a CAT scan machine – the basic equipment vital for a disease that affects the brain.

He further said that medicated mosquito nets were not distributed beforehand and fogging began almost three weeks after the first death took place.

Odisha Health Minister Pradeep Amat denies the allegations. “We have provided all villages with mosquito nets and anti-mosquito repellents,” he said.

With limited mobile and road connectivity, the disease looks set to make a second Gorakhpur in this district.

Pigs are the host of Japanese Encephalitis and Acute Encephalitis Syndrome. It gets transmitted from pigs to mosquitoes and from mosquitoes to human beings specially children between the age of one and six years.