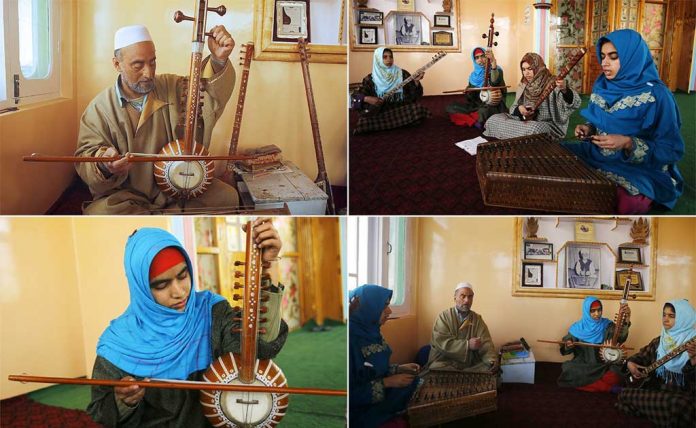 When Kashmiri teenager Shabnam Bashir first took up classical Sufi music three years ago, she had to practise singing in secret because all the men in her Muslim family opposed her new passion.

Now the 14-year-old is a proud member of what her teacher Mohammad Yaqoob Sheikh says is the first mixed Sufi singing ensemble in Kashmir, where the music has for generations been a male preserve. 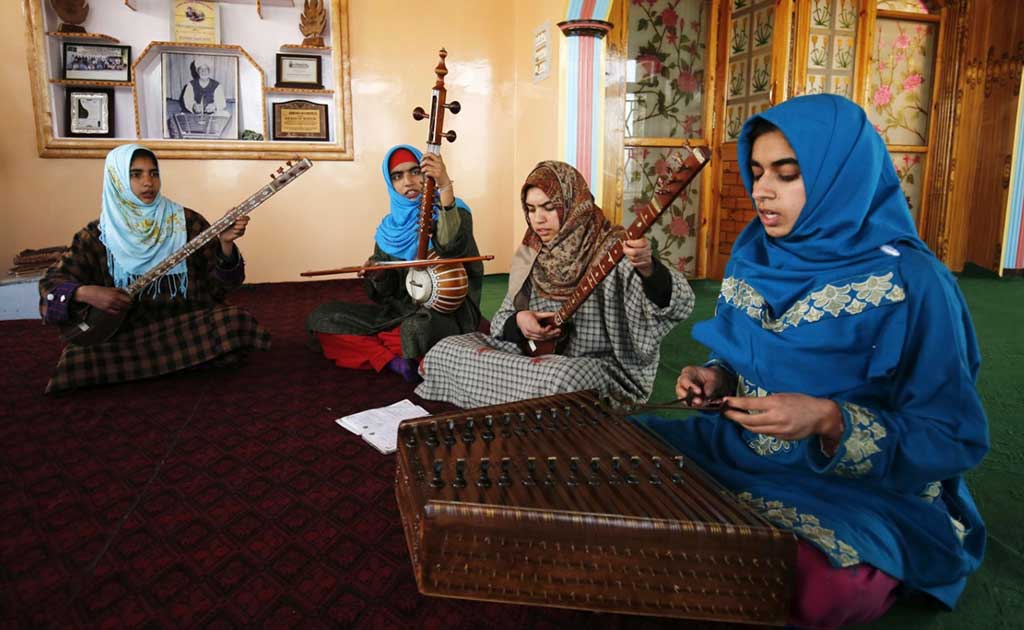 “It took me two months to convince them all,” said Ms Bashir as she joins four other girls — and one 13-year-old boy — for singing practice.

“My father finally gave me permission on condition that it did not affect my regular studies.” 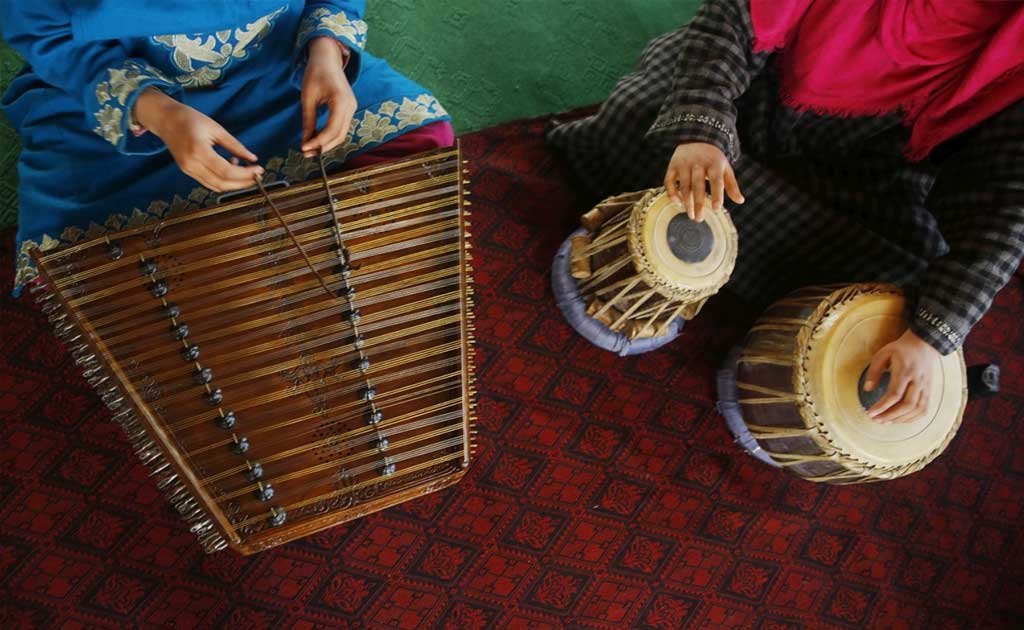 Thousands of people in the Muslim-majority region follow Sufism, a mystical branch of Islam whose adherents seek spiritual communion through music and dance at the shrines of their saints.

The songs, which use the lyrics of old Kashmiri- and Persian-language devotional poetry, date back to the 15th century. But they have evolved as a uniquely male tradition, sung by men and handed down through the male line of the family. 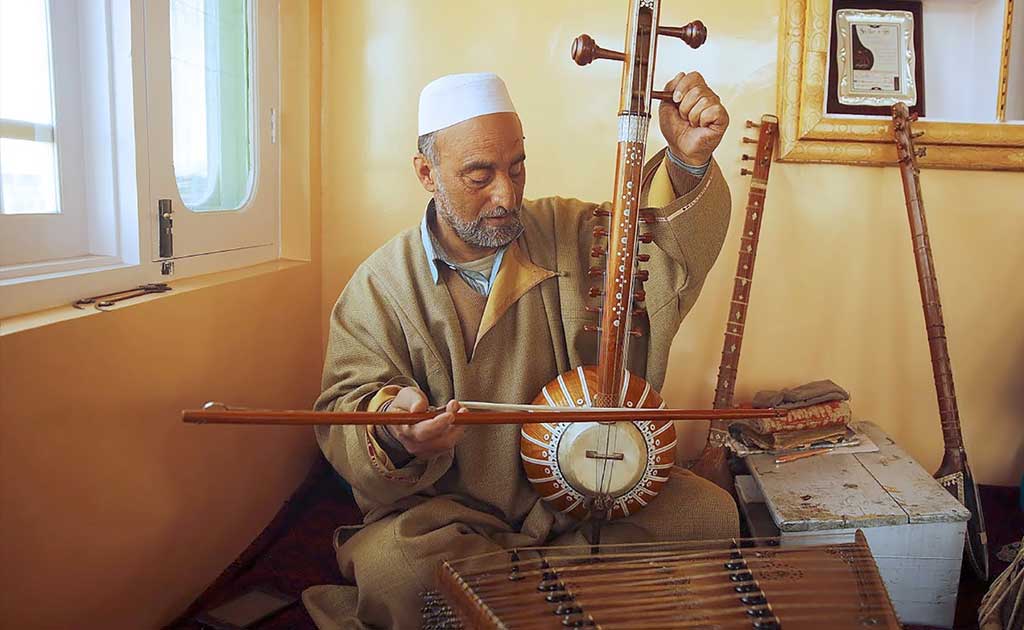 Mr Sheikh is the exception — he learned the art from his maternal grandfather, Ghulam Mohammad Qaleenbaf, one of the region’s best known Sufi singers.

“The earlier masters wouldn’t even pass it on to sons of their daughters, only sons or sons of sons,” Mr Sheikh told AFP at his home in the outskirts of the main city of Srinagar. 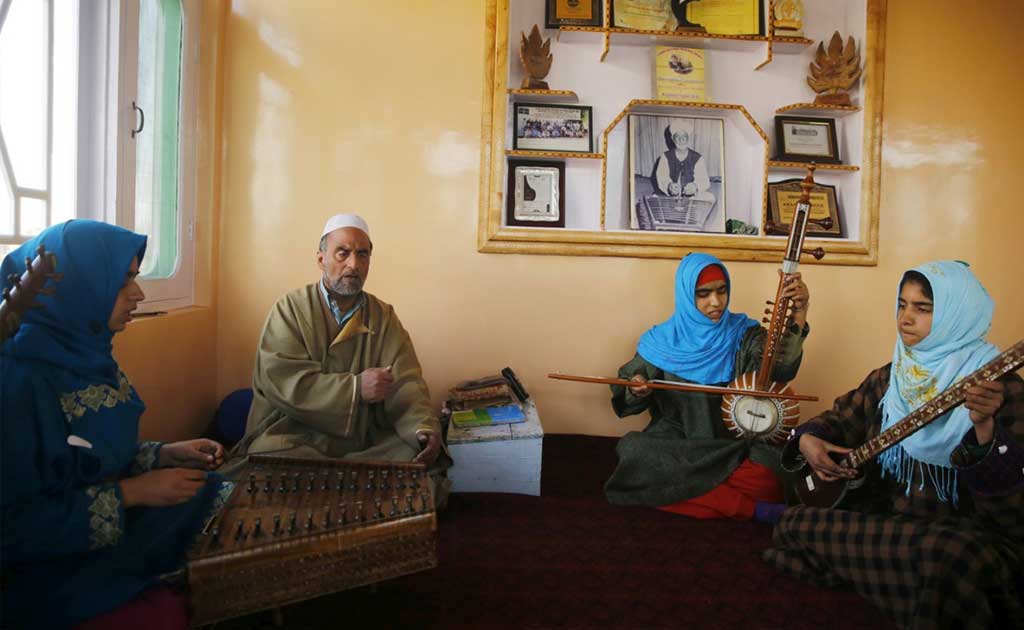 Mr Sheikh began teaching young Kashmiris in a bid to preserve the Sufi musical tradition. He said young Kashmiris were turning away from classical music and towards protest rap songs inspired by the tense politics of the region.

“Teaching young boys and girls in a disciplined manner is the surest way to preserve this heritage,” said Mr Sheikh. But doing so has not been easy. 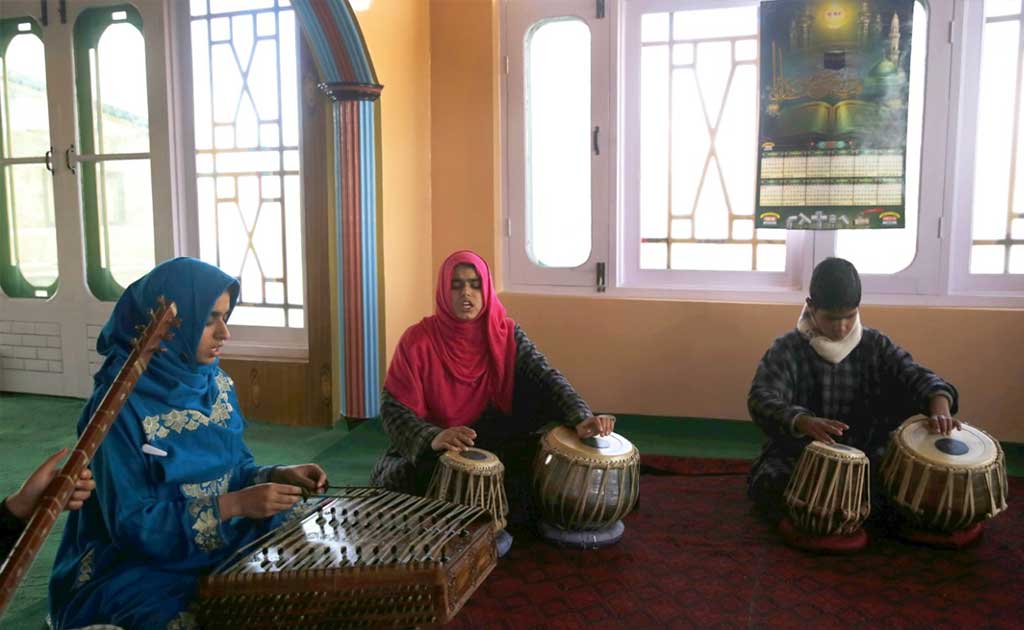 When he first started teaching girls, Sheikh faced opposition from both neighbours and soldiers, and had to move the classes to a new location four times.

“It looked like everything was going up in flames. I wanted to do something to save Sufiyana,” he said. 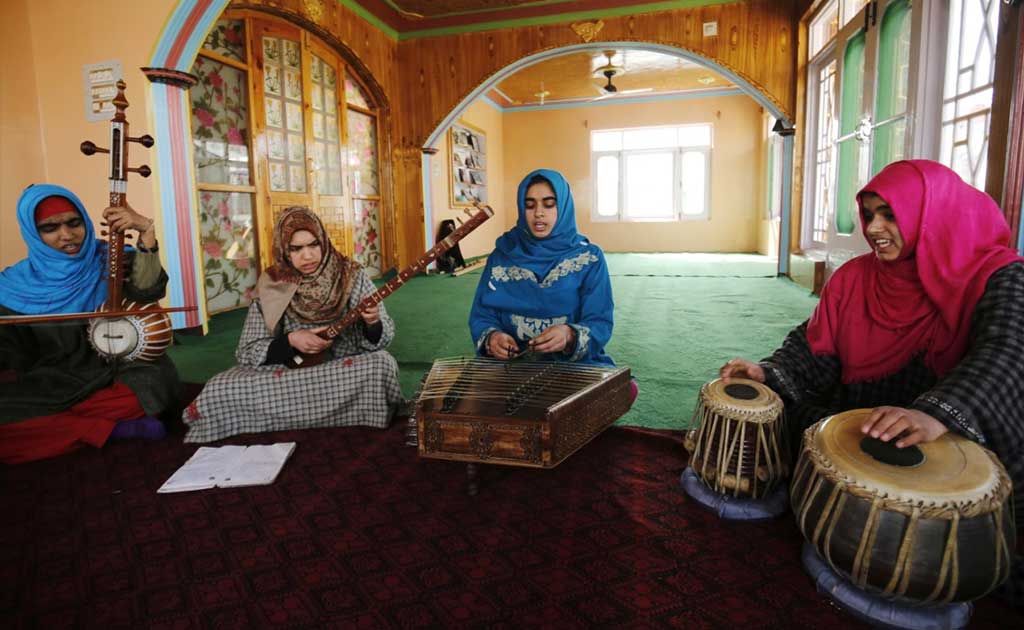 Now he has trained nearly 50 Kashmiri women — although only a small minority continue to perform after marriage.

Among his current students are teenagers Rehana Yousuf and her sister, who sit in a circle with their fellow musicians, heads covered in bright colourful scarves. 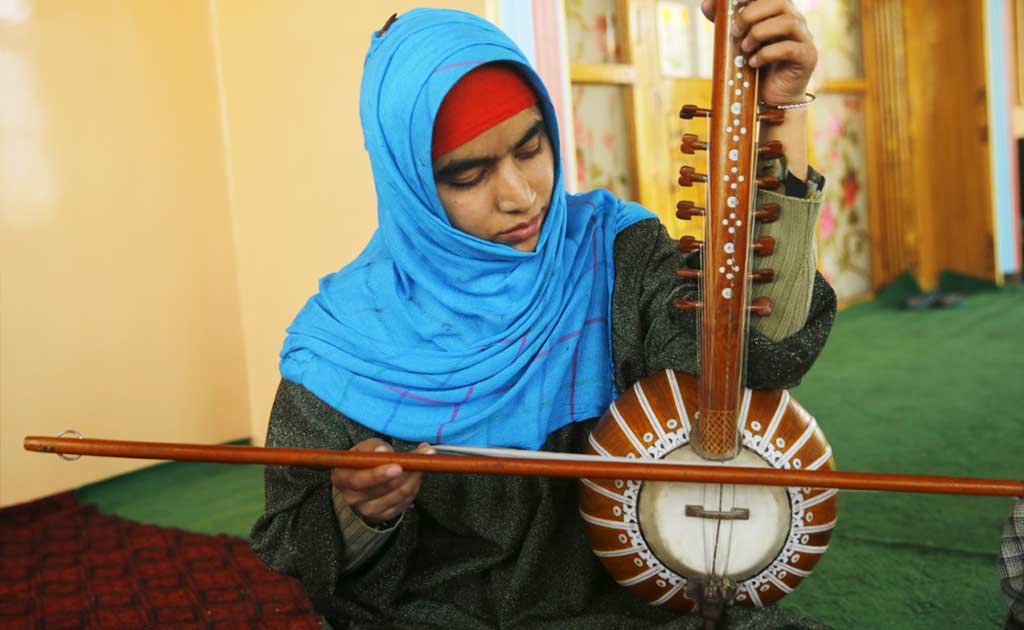 Ms Yousuf plays the Santoor, a 100-stringed instrument that accompanies Sufi singing, and says she was inspired to learn when she first saw Mr Sheikh perform on television.

“When I heard he teaches girls too, I developed a strong urge to learn,” she said.

“My father is also his student, and he was happy for me to come here.”

Once a feature of most public events, performances of Sufi music are now relatively rare.

Mr Sheikh still goes wherever there is demand. “Once in a while we go to perform in the homes of a few who still appreciate this music. For us, it’s like prayers, we cannot demand a price. They pay what they like,” Mr Sheikh said.