Home Gallery Multi-Lingual Comic Books Alerting Children About Trafficking
Share on Facebook
Tweet on Twitter
Mohan is a handsome man who tells fascinating tales of city life to Rani and Manai, young girls living in the squalor of a relief camp in the eastern Indian state of Assam.

This is fiction. But these characters star in a comic book that illustrates the very real story of girls from the region who are being trafficked to big cities. 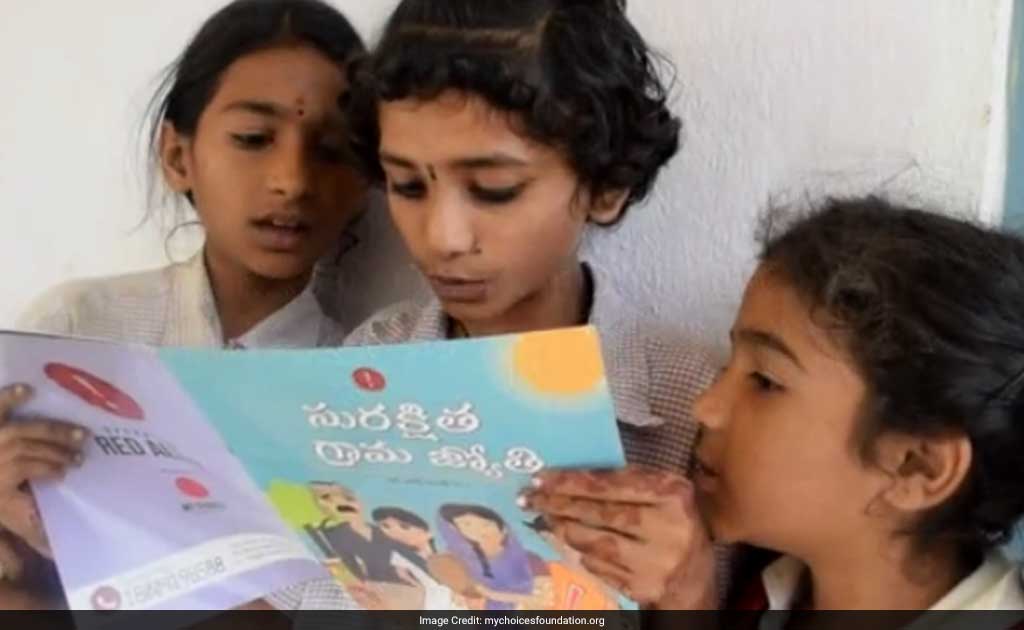 It is just one in a number of multi-lingual comics about human trafficking across the country that are alerting vulnerable children to dangerous situations and generating wider awareness of the threats, campaigners say.

More than 40 per cent of human trafficking cases in India in 2015 involved children being bought, sold and exploited as modern-day slaves, according to latest government crime data.

“Girls in the autonomous districts of Bodoland live in camps, have no schools to go to and get trapped by traffickers, who are always good-looking and well-dressed young men,” he said. 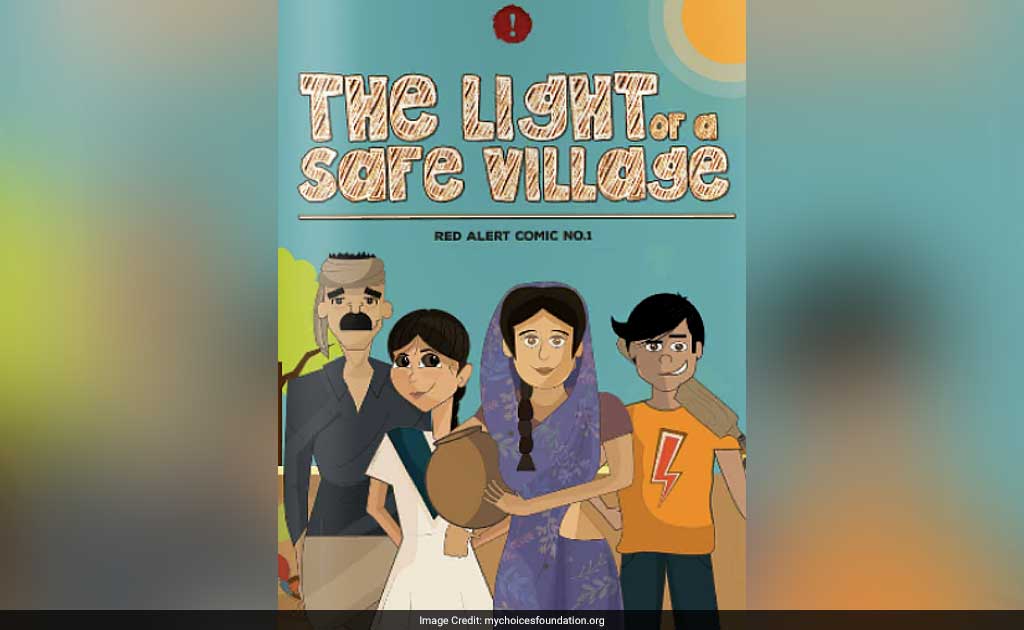 Published in January and supported by Assam state, the comics are now being reprinted to reach to more students.

In Telangana four new anti-trafficking heroes appear in “The light of a safe village” comics.

There’s the father who protects his daughter “like a farmer protects his crops”, the mother who will not “put a price tag on her child”, the guardian girl on a mission to save others and the vigilant cool boy.

Their first adventure is to save Pinky, a young girl who has been trafficked to the city.

Vivian A Isaac of the My Choices Foundation that publishes the series said the idea is that positive messaging will involve the entire community to act as guardians for children who are trafficked every year.

“A young trafficking survivor called Radhika wondered why we hadn’t reached her village with the books before her trafficker did,” Isaac told the Thomson Reuters Foundation.

“She said if she had known what trafficking was, she would have had a different life. It was heartbreaking.” 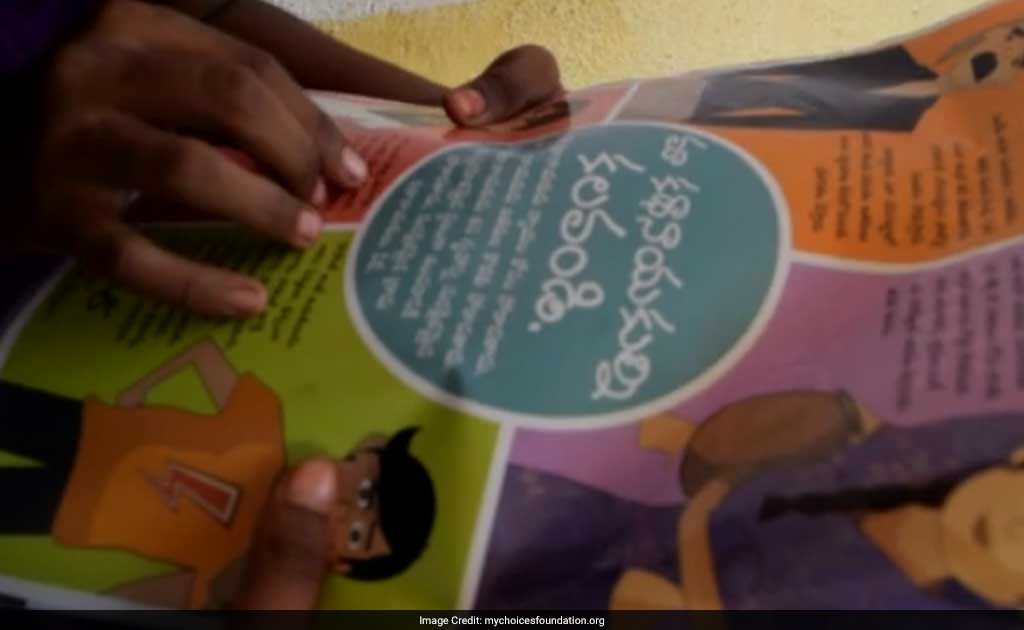 First published in 2015 in Telugu, the “safe village” series is now available in four Indian languages – Kannada, Bengali and the 2017 Hindi edition.

It is distributed to students from the age of 11 and across more than 500 Indian villages. 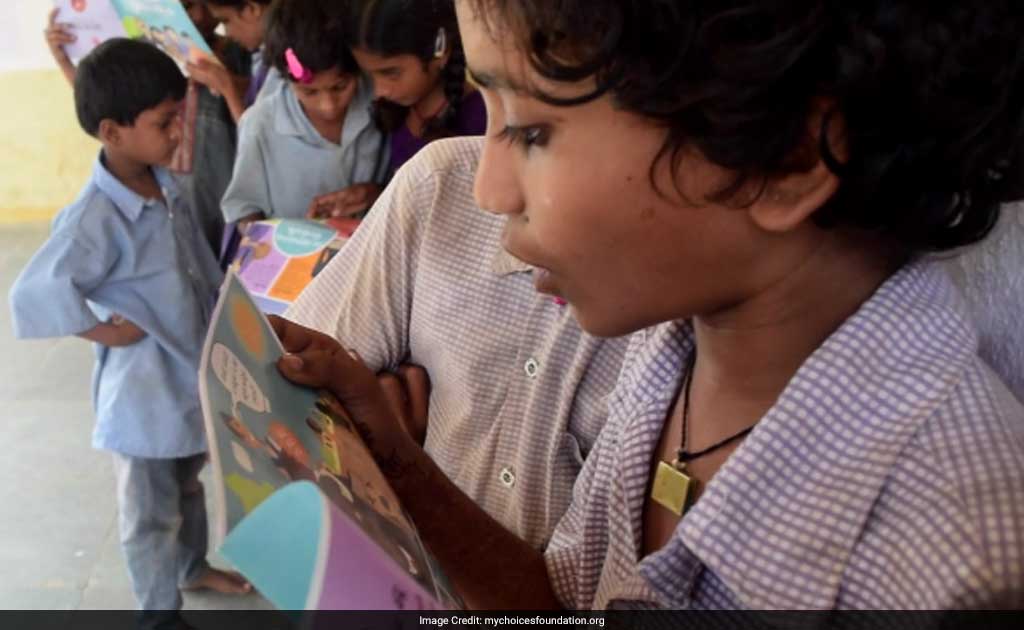 The comics tell readers that the average age of a trafficked child in India is 12 and only 1 percent of girls are rescued, adding that every 10 minutes a girl is sold into the sex trade.

They explain how children are lured by traffickers, who in most cases is a known person in the village.

The first “safe village” comic is also interactive, asking readers to make decisions in a risky scenario and encouraging them to pledge to stay alert and work to stop trafficking.