Home Gallery One Man’s 20-Year Crusade To Bring Sanitary Napkins To Rural Women
Share on Facebook
Tweet on Twitter
He has been working non-stop for 20 years. He travelled by bullock carts, donkeys, bulls, phatphat to reach the most interiors parts of rural India with only one mission in mind – making sanitary pads available for rural women. Little did he know that his small efforts will trigger India’s sanitary pad revolution. Arunachalam Muruganantham from Coimbatore, the inventor of a low-cost sanitary pad making machine, has been hailed with many names – the sanitary man, the menstruation man, the first man to wear a sanitary pad, and now a biopic on him – ‘PadMan’ is also in the offing, but in rural India, he’s simply called ‘Muru Da’ and that’s the name he likes the best. Contemplative and satisfied at the end of two decades of tireless work, he shares his feelings with NDTV. Here are the excerpts: 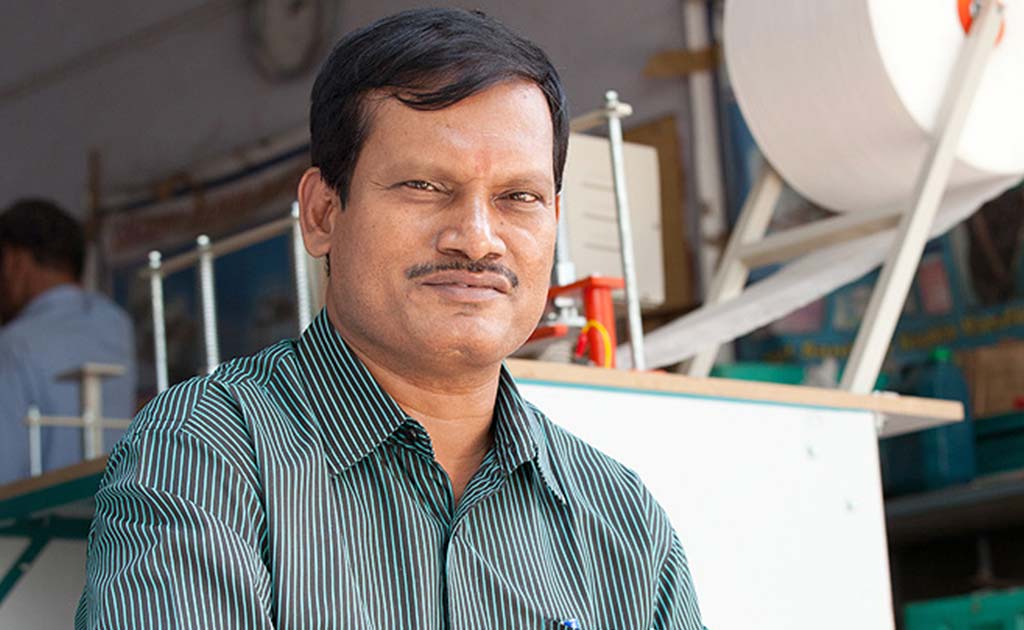 “If someone asks me, are you satisfied? My answer is ‘yes’,” said Mr Muruganantham, adding, “The message has reached. When we started working towards this cause, a wife would not talk about menstruation with her husband, a daughter will not discuss it with her mother, but now, the times have changed. We have made this a public topic. It’s no longer a taboo and everyone discusses it openly. We succeed.” 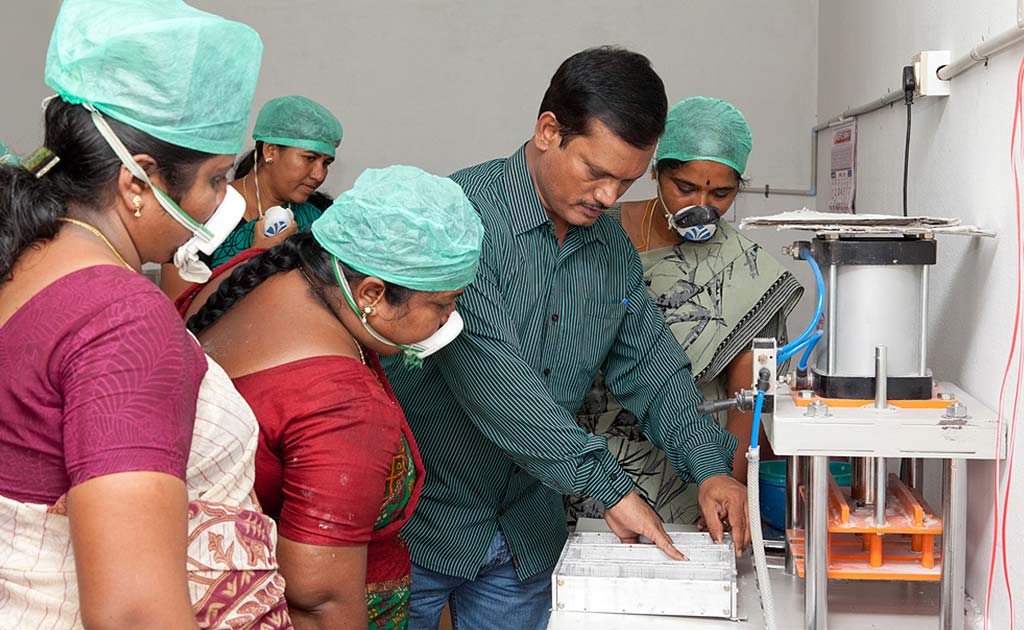 Mr Muruganantham’s ideology is simple. He believes that our country cannot be called ‘developed’ if we cannot make mothers of this nation healthy. “By looking at Mumbai, Kolkata and Delhi, we cannot say our nation is developed. In many villages, there are no roads. One has to walk for two hours to reach the main road. Many nations want to adopt shortcuts – build six lane roads, metro rails, mono rails, but it’s of no use when the mothers are unhealthy,” the Padma Shri awardee said. 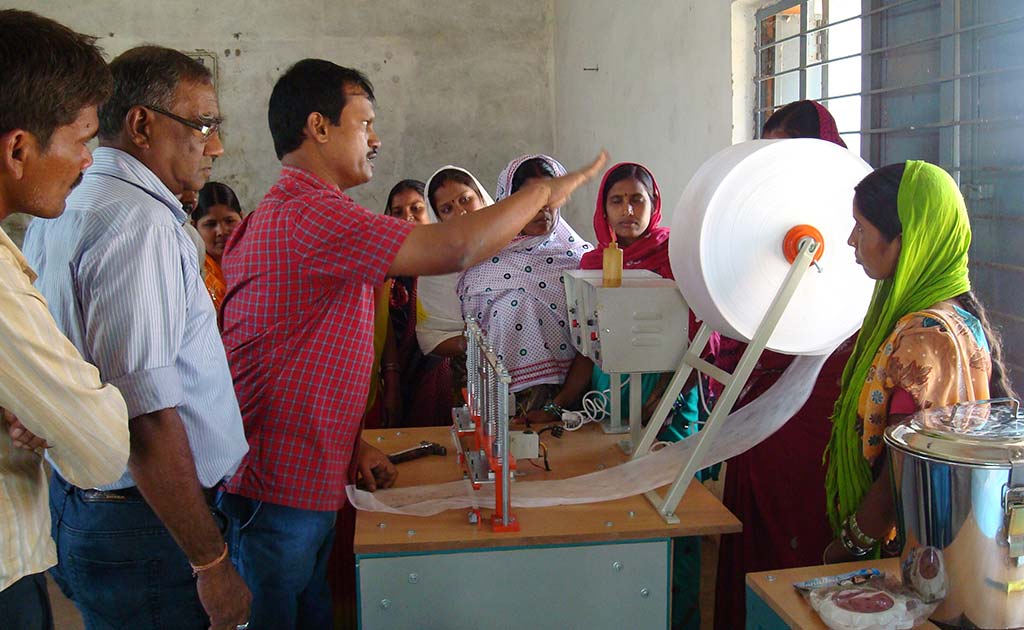 Ours is a sub-continent and our nation needs “hundreds of Murugas,” he said, adding, it’s for this reason, “I have put all the details of producing a low-cost sanitary making machine online, so that everyone can copy the machine and make use of it. “At first, everyone called my work ‘philanthropy’, but I told them,  I am an entrepreneur for profit. It’s a need based-profit margin to sustain the model and the world then started calling me a social entrepreneur,” said Mr Muruganantham who found his mention in the list of 100 Most Influential People in the world. 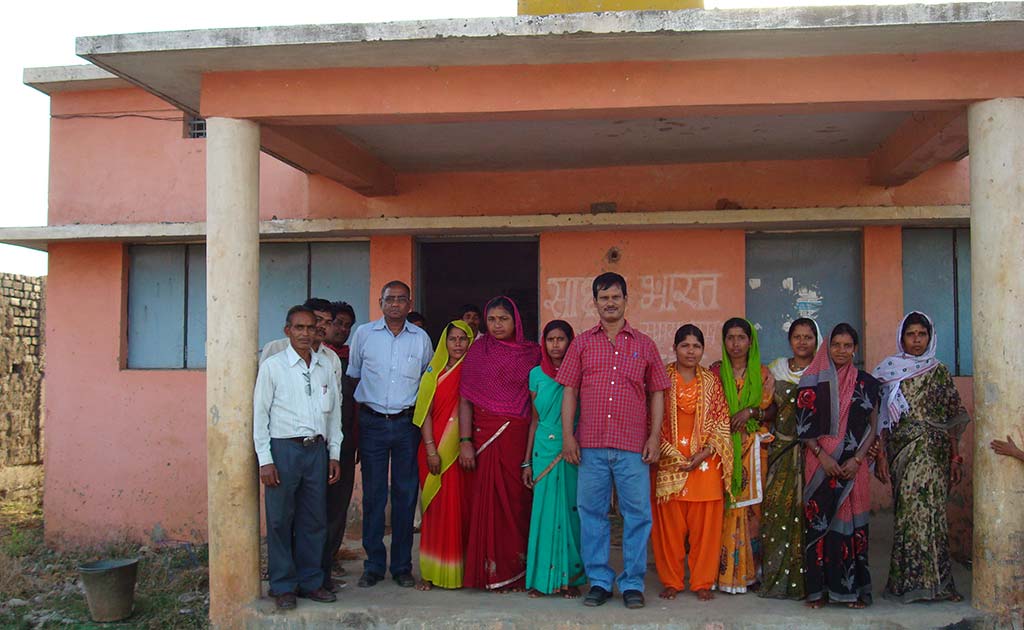 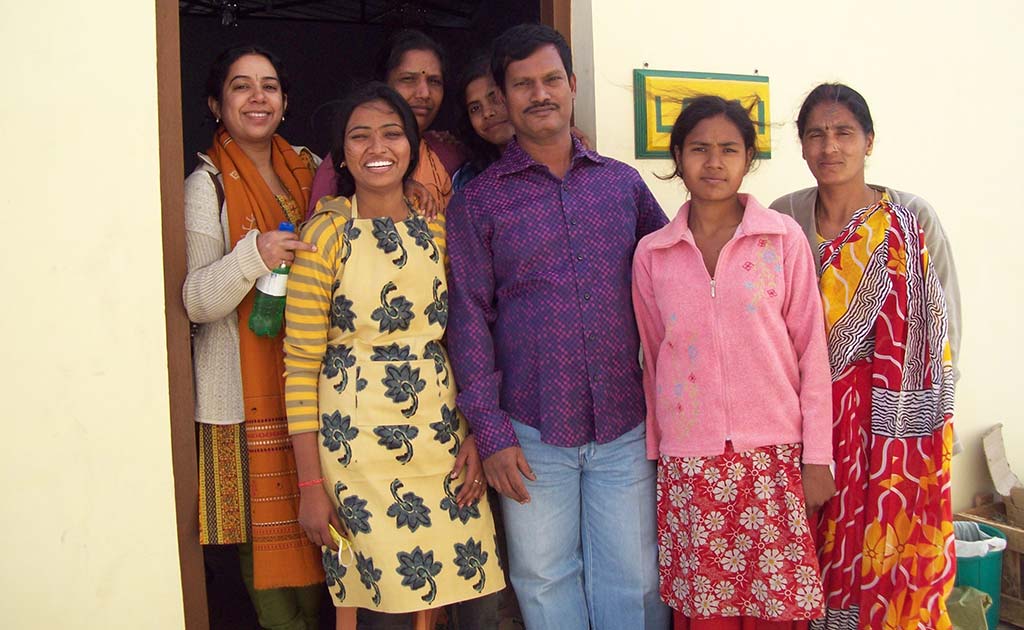 There are 4,500 sanitary pad making factories under his organisation Jayaashree Industries that are spread across India. Calling his model a self-sustaining one, he said, “Our model keeps women at the centre. It works on women-to-women model. The women make the sanitary pads and sell them in their local areas. Since the product is needed every month, the women are able to sustain easily.” 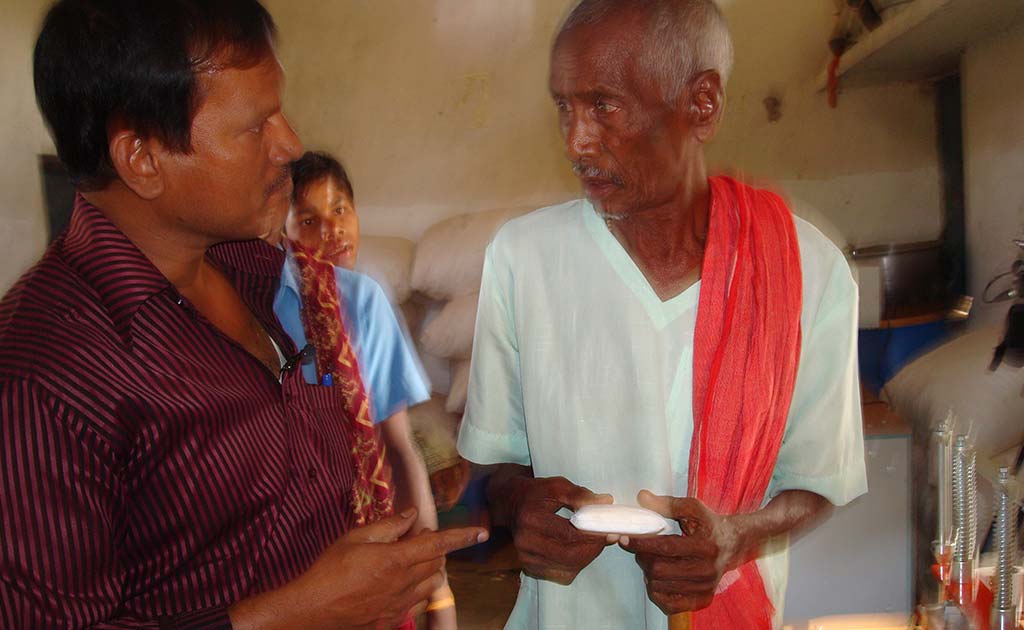 Mr Muruganantham said that he first focused in the BIMARU states – Bihar, Madhya Pradesh, Rajasthan, Uttar Pradesh and then went on to spread the model in other parts of India. In rural India, women have no idea about health and hygiene. They suffer from urinary tract infection which, when ignored, can lead to cervical cancer, he said. So instead of selling machines, I used to barter it for goats and buffaloes, he recalled. Slowly, women also started exchanging pads for potatoes and tomatoes and the change began. 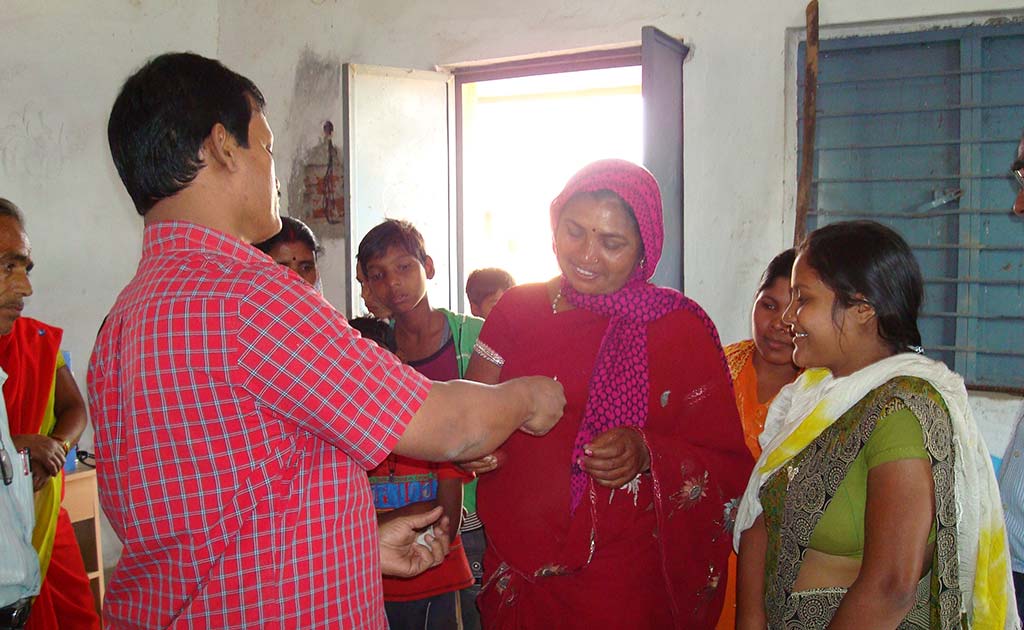 Recalling the happiest moment of his life, Mr Murugunatham shared, “We had set up a machine for the Gujjar community in Uttarakhand on a hill top in 2007. It’s a tribal belt and depends completely on livestock. No child had ever been to a school in that area.” After one year, he got a call from a village woman from there who expressed her joy that a girl from her community has gone to the school for the first time. “That was my biggest reward,” he said. 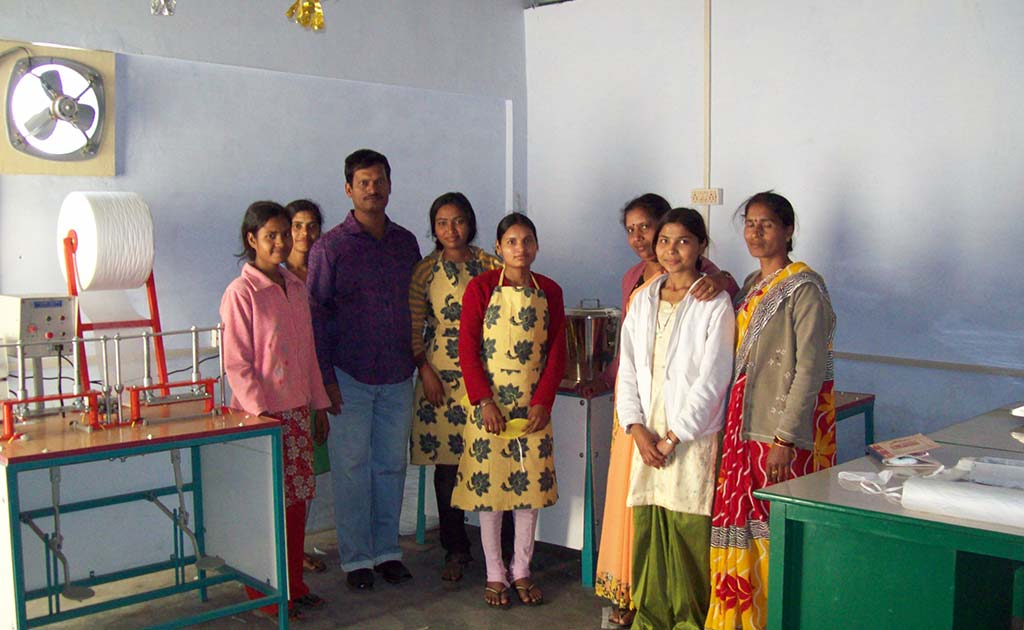 Apart from setting up sanitary pad making machines, the centres have also started “Knowledge Centres” for women and girls. These centres have local women gynaecologists or senior women from the village. Here, women can come and ask any questions related to pregnancy, menstruation, uterus, termination of pregnancy and their doubts are cleared. 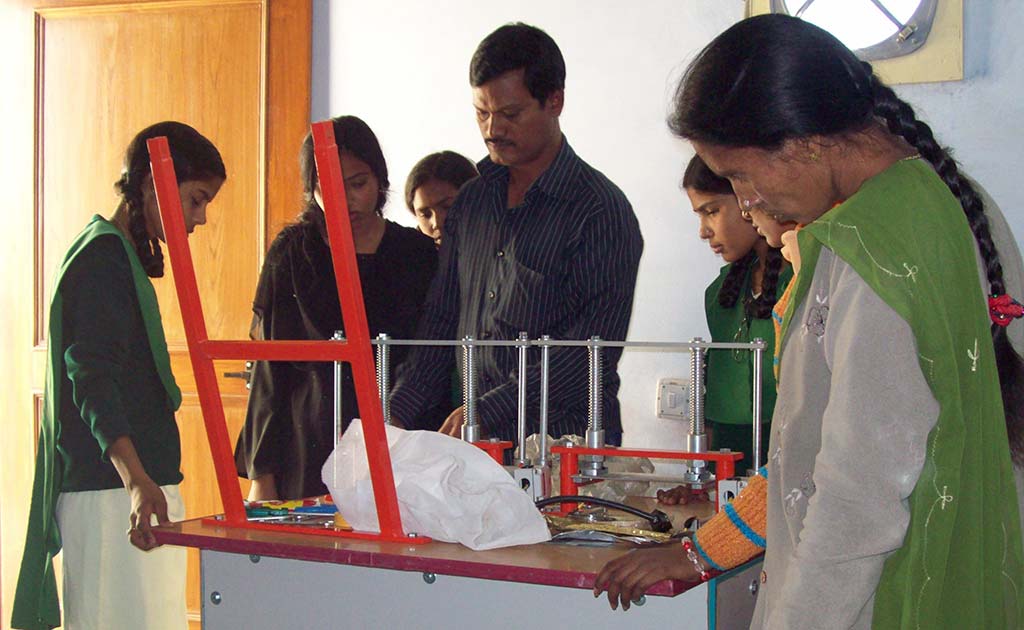 Talking about the napkins, he said that depending on the size of the pad, each napkin costs around Rs 1.50 to Rs 2.50. It is completely biodegradable and uses no chemicals. “Just bury it and it will decompose,” he said. “We believe in making things simple as only then it would reach at the bottom of the pyramid,” he added. 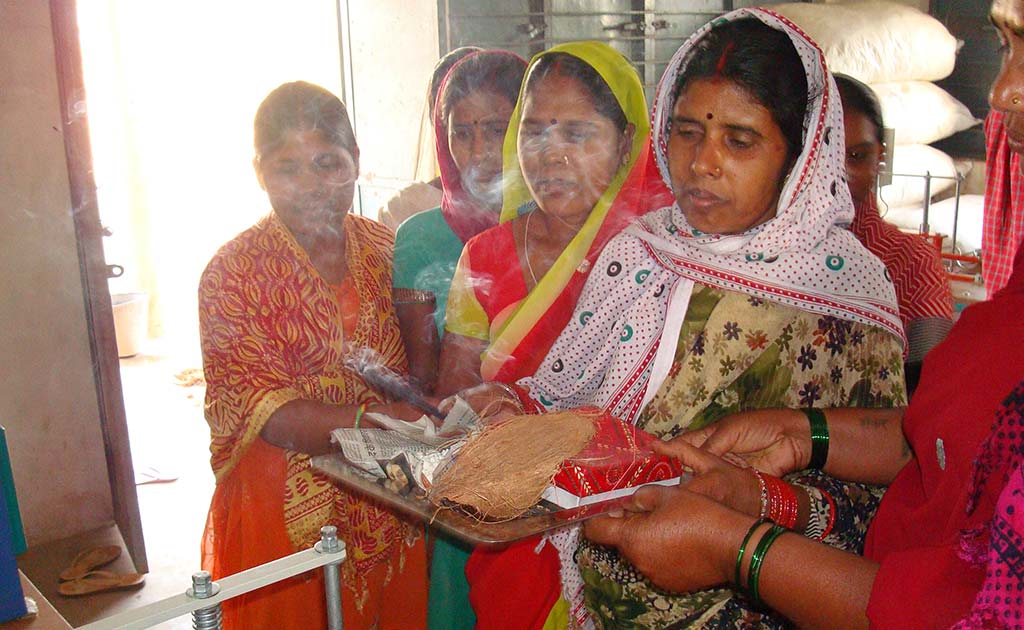 The sanitary pads have no brand name or brand ambassador. They are known by thousands of different names in different areas – Nari Suraksha, Sukh Chaen, Sakhi, to name a few. Sharing about his mission, he said, “We want to create 1 million dignified rural employments for women and want to convert India into a 100 per cent sanitary-napkin-using country.”