Home News Overcrowded, Understaffed: Only 100 Of 250 Beds Functional In This West Delhi...
Share on Facebook
Tweet on Twitter
New Delhi:  Long queues, disappointed faces and people sweltering under the July heat are a common sight at the Janakpuri Super Specialty hospital – the biggest of its kind in West Delhi. The 250-bed hospital got ready in 2008, but when NDTV visited it last week, only 100 beds were found to be functional. 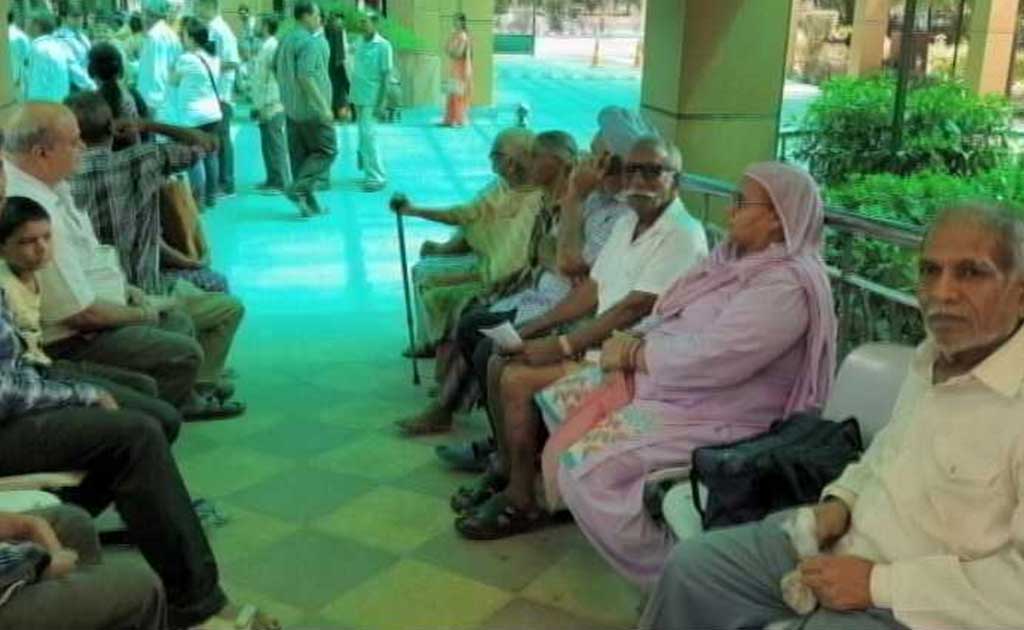 The hospital’s out-patient department (OPD) that runs from 9 am to 4 pm on weekdays and till 1pm on weekends receives, on an average, 1,400 patients a day. 50 doctors are divided over three diagnostic centres, two pathology labs and four OPDs.

“We have the equipment but no one to operate them. Our OPDs are full but there is no manpower. With only 44 senior resident doctors, 22 junior resident doctors and 37 nursing staff, it is difficult to attend to all the patients,” Dr MM Mehndiratta who is the medical director of the hospital told NDTV. 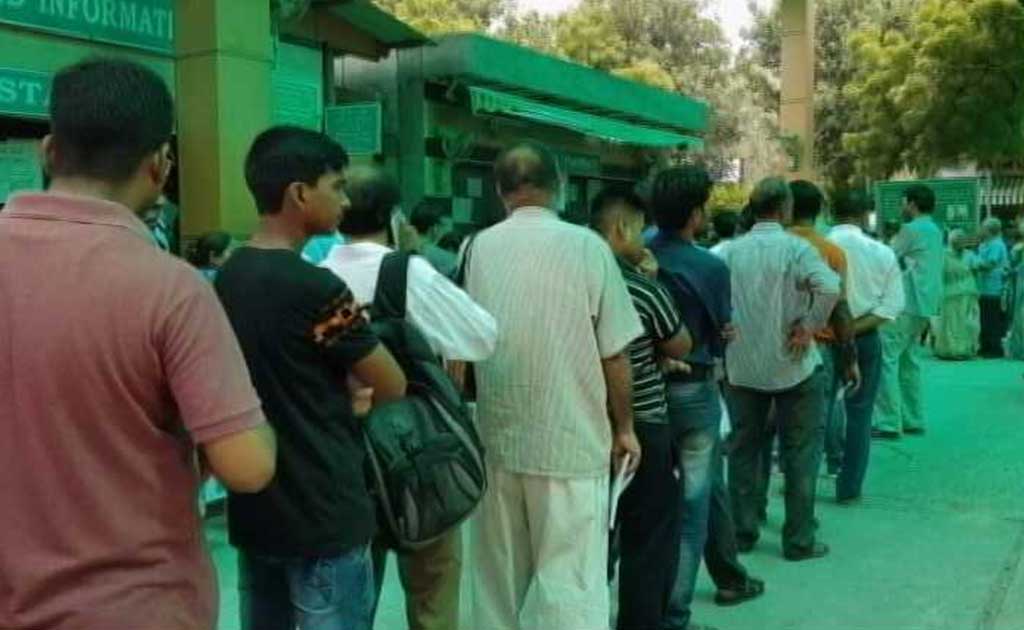 60-year-old Lal Chand who was in queue for 2 hours, waiting to get his medicines from the pharmacy, said that his fortnight trips for a regular cardio check-up is no less than a planned family excursion.

“My son takes an off, we queue up at 8 am outside the hospital gate and once it opens at 9 am, we rush to the OPD for a check-up and then to the pharmacy to collect medicines. Though the interaction with my doctor lasts only 15minutes, the hospital trip ends up being a 5-6-hour affair,” Mr Chand said. 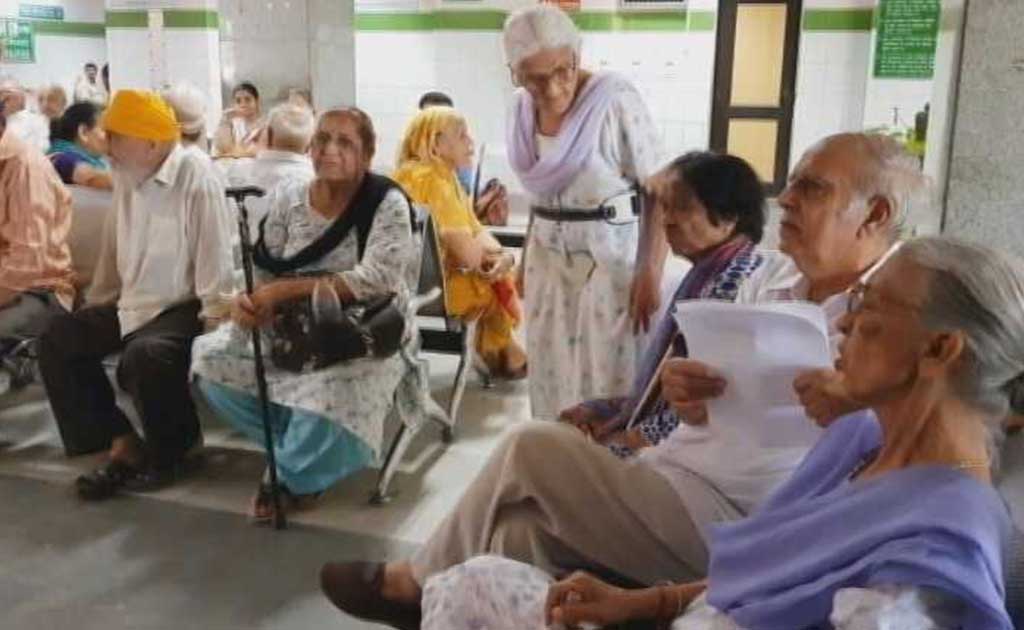 Like Mr Chand, Sashi Garhwal, 73-year-old retired government teacher and a cardiac patient waited for a minimum of 90 minutes to get her vitals measured before she was allowed to see her doctor.

She said, “It took 90 minutes to get my BP and other stats checked, another 60-90minutes to see the doctor and then I have no choice but to stand in the heat to get my medicines.”

“Why can’t the number of doctors grow proportionally to the rise in population,” she questioned. 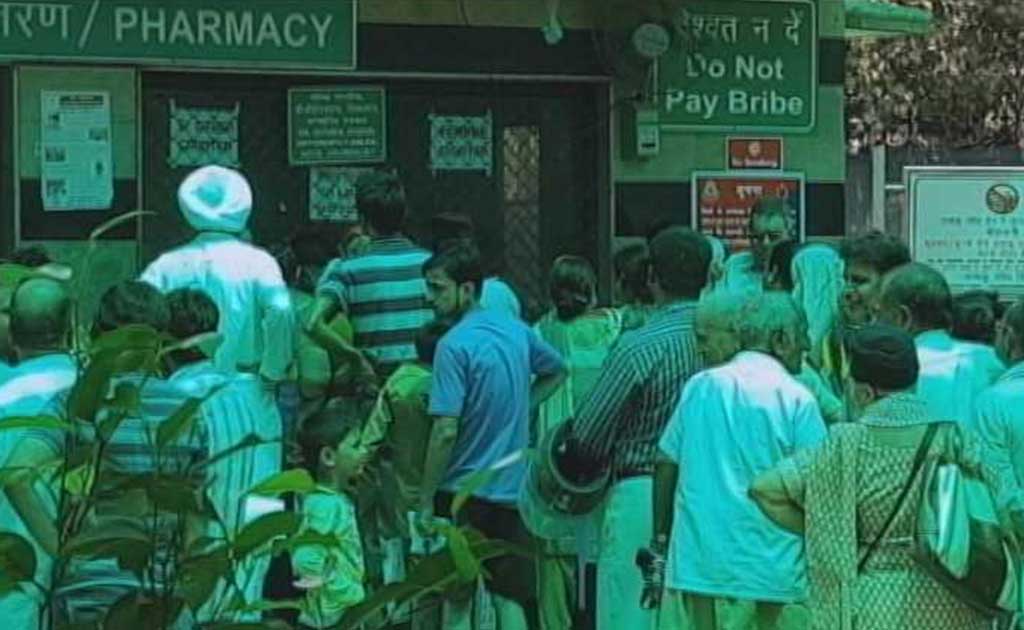 Doctors at the hospital said they would like to dedicate more time to each patient but with the long queues and lack of resources, it is the best they can do under the constraints.

Due to the rapid population growth and lack of facilities in health sector, especially in rural areas of India, the demand of doctors has increased in big cities.

According to CAG Report 2017 (for the year ended March 2016), despite engagement of specialised consultant, there was delay in installation of equipment and non-commissioning of laboratories. 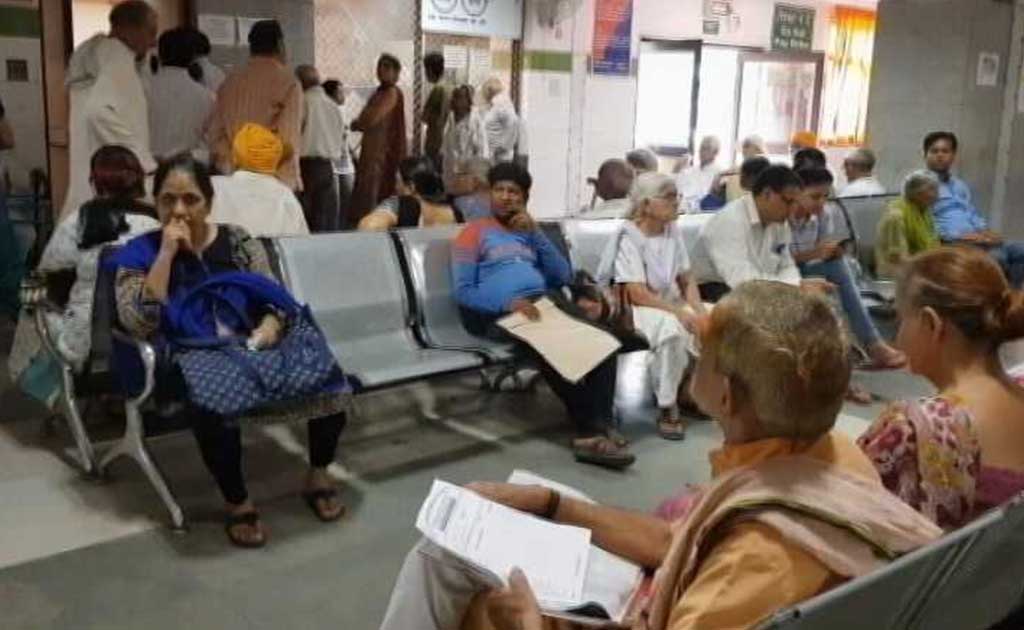 Shortage of doctors and nursing staff were observed in almost all the selected facilities, compromising the quality of healthcare. Community Health Centres of 27 states reported an average shortage of 77 to 87 per cent  of general surgeons, general physicians, gynecologists, pediatricians and anesthetists.