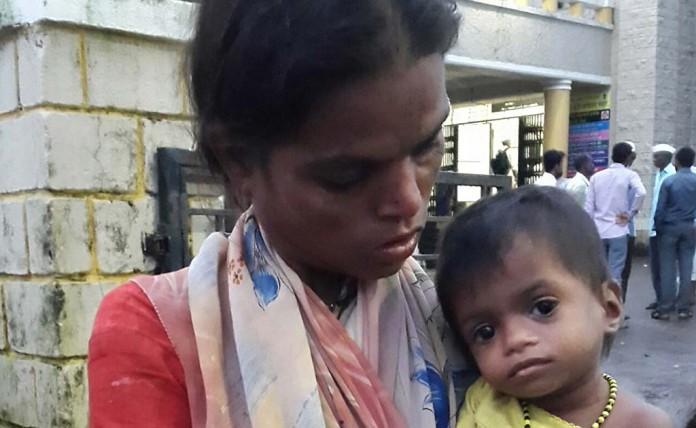 Palghar, Maharashtra: With the release of  the National Family Health Survey 2015-16, Maharashtra woke up to an embarrassing reality. 83,000 children, below the age of six years, were found to be severely underweight in the state. Worst affected was the tribal-dominated Palghar district with over 7,320 manourished children and over 200 child deaths in the last five months, between April and August 2016, due to malnutrition. Here are some pictures that bring out the reality of the situation from the ground. 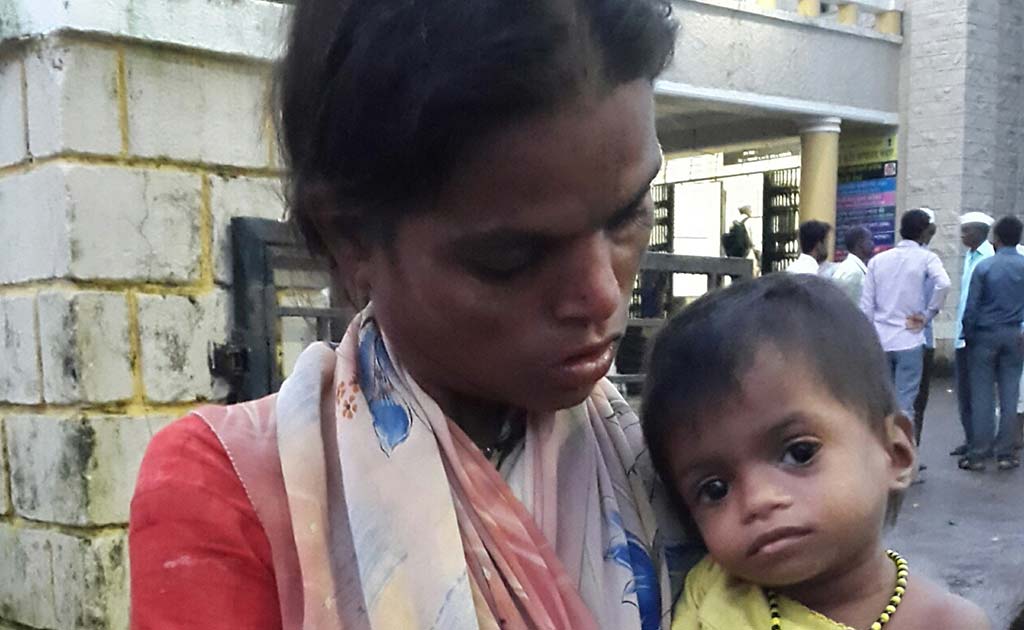 Three-year-old Gauri Sapta has made over a dozen trips to the hospital in the last 3 years. Since she is severely malnourished, in every visit, she has been admitted and doctors have tried to help her recover. She weighs only 4.9 kg when the body weight for a child of her age should be 12-13 kg. Her parents, Gangu and Mangesh Sapta own a small piece of land where they do paddy cultivation. The yield from it is not enough to feed the family through the year. 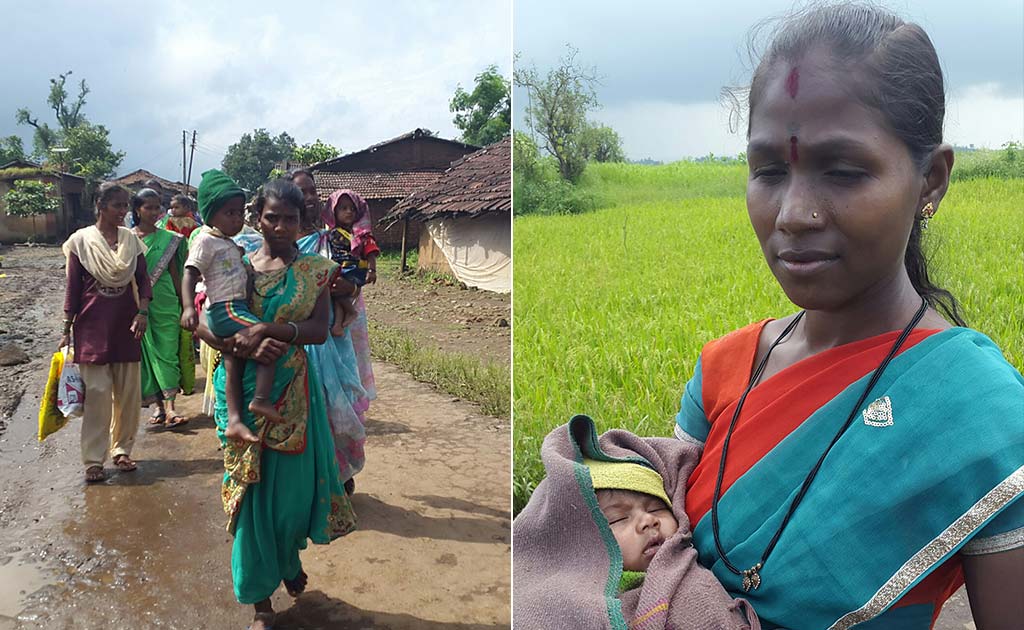 These women are on their way to the primary health centre in Mokhada. They have walked close to 15 km from their village Dapti and have a few more kilometres to cover. They had waited in their village for the administration to send them a vehicle, so that they could bring their infants and children to the primary healthcare centre. When that didn’t happen, they simply decided to walk. A few minutes after this photo was taken, it started to rain. 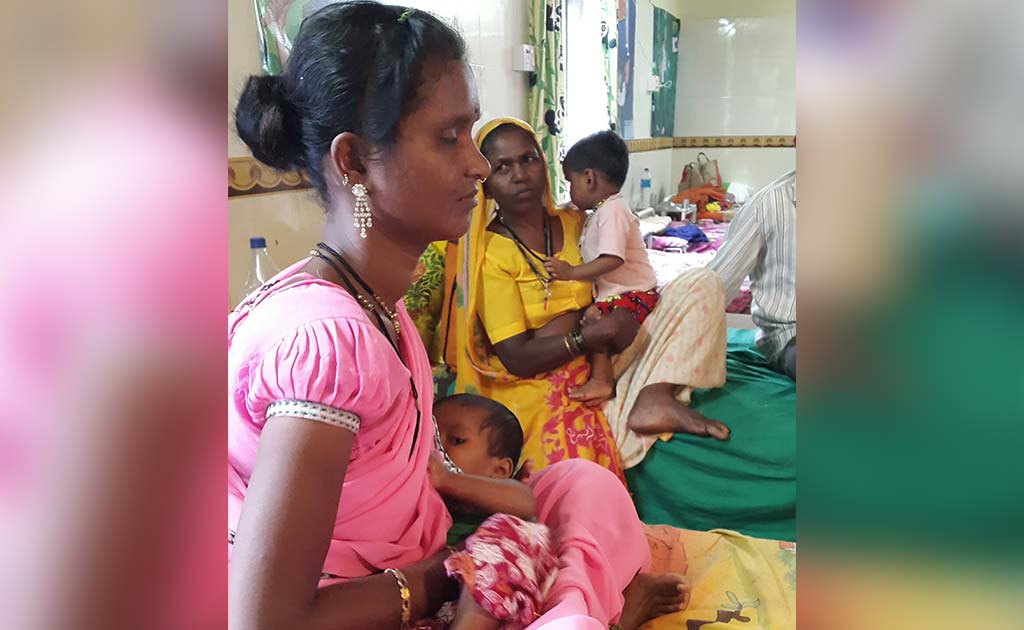 Mathura Sapte was barely 14-year-old when she got married. Now in her early 20s, she has four children, the youngest, Bala, only 1.5-year-old, has spent a fortnight in the Mokhada government hospital.

Last year, Mathura and her husband travelled out of the district in search of work at the end of monsoon, leaving behind three of their four children in the village. Bala travelled with them, but living in the open took a toll on his health and he has made frequent trips to the doctor ever since. This year too, the family plans to migrate to the city in search of work in the next few weeks. 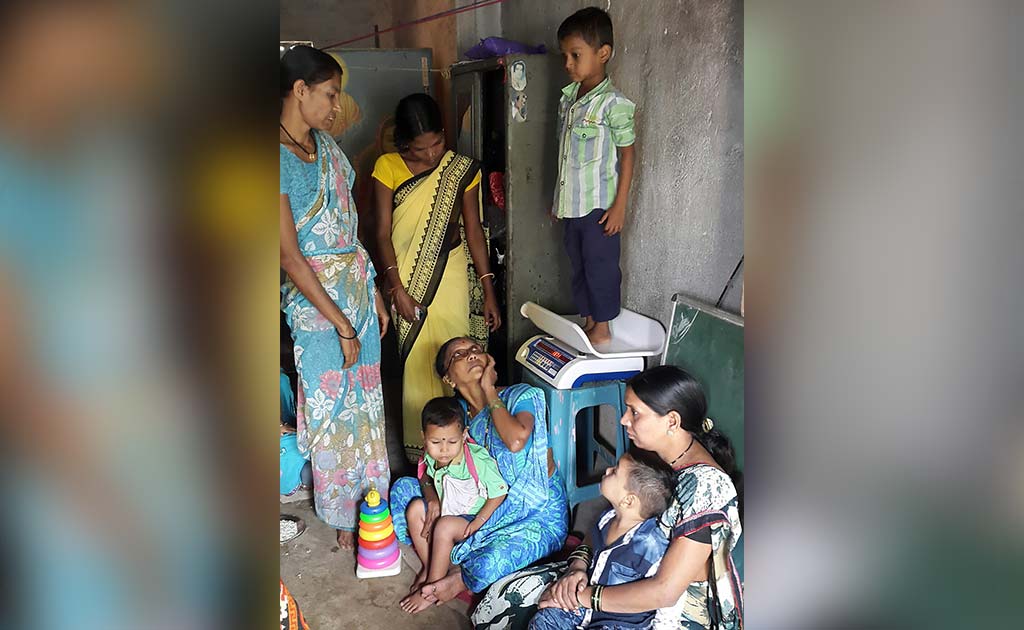 Four-year-old Vishal Valvi is 2 kg short of the ideal weight for his age group. He weights 13.6 kg. His mother Kamal Valvi (standing in blue saree) works as a domestic help to try and make ends meet. Her husband travelled to the city last year in search of work and went missing. It’s been months since, but police has no new information to share with her.

There’s no one at home to take care of Vishal, so he accompanies her at work. He often complains that he’s feeling weak and falls ill 2-3 times a month. 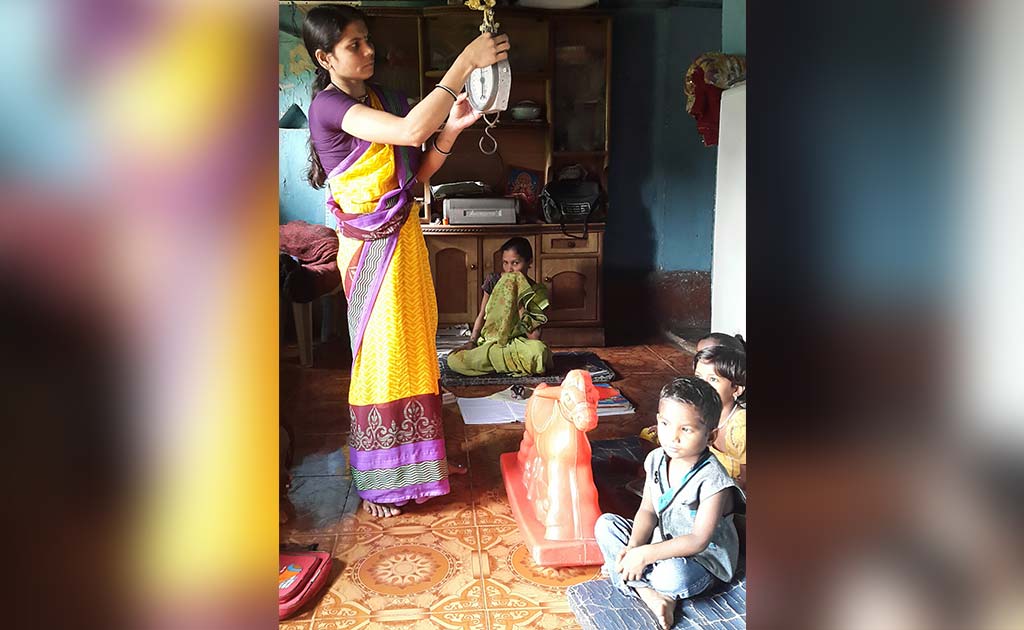 29-year-old Suman Deshmukh has been running an anganwadi centre for children for over 7 years. One room in her home doubles up as the centre since there is no anganwadi building in her village in Mokhada in Palghar district.

She says that her salary is Rs 5000 per month but payments are often delayed for months at a time.

“Sometimes we get salaries after 5-6 months. The government has fixed Rs 5 per child per day but in these days of price rise, the cost of one egg is Rs 6 in the market. We have to buy from the open market and the difference in the cost often ends up going from our pockets,” she says.

Palghar’s malnutrition crisis has caught the attention of the National Human Rights Commission as well as the Supreme Court, that’s closely watching the state government’s steps on tackling malnutrition.