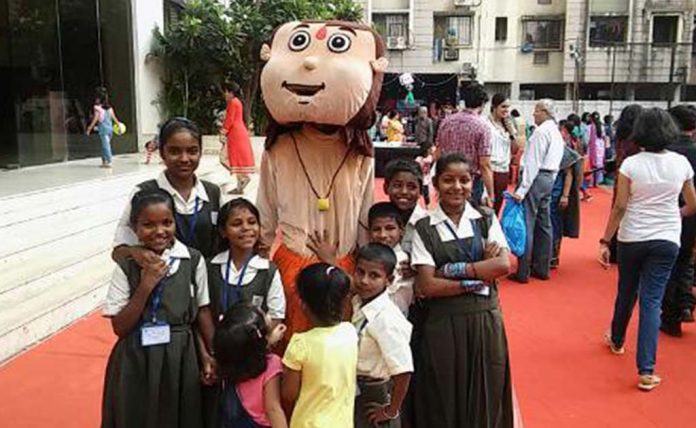 Since 20 years, over 10 tribal families have been living under a bridge in Maharashtra, calling it their ‘home’. In hope for a better livelihood, they migrated to the city from the state’s drought-hit regions of Beed, Jalna, Usmanabad and Parbhani to the signal area under Teen Haath Naka bridge in Thane. 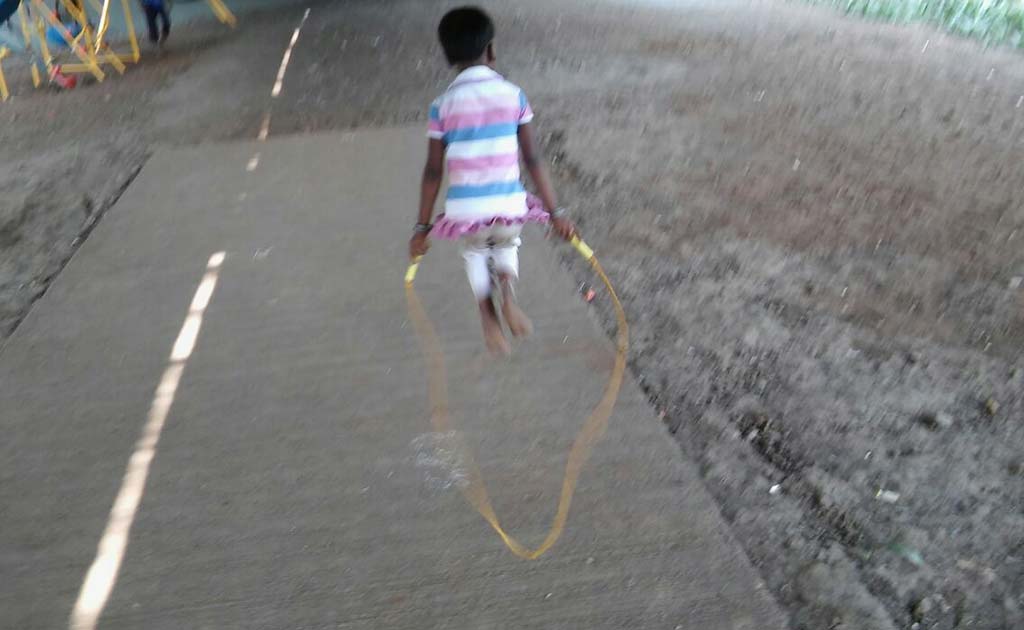 To make ends meet, the families took up odd jobs – labour work, selling eatables, flowers or books. Their children were treated as an additional hand for income generation and were asked to beg on the roads.

An intervention, however, changed the course of their kids’ lives. 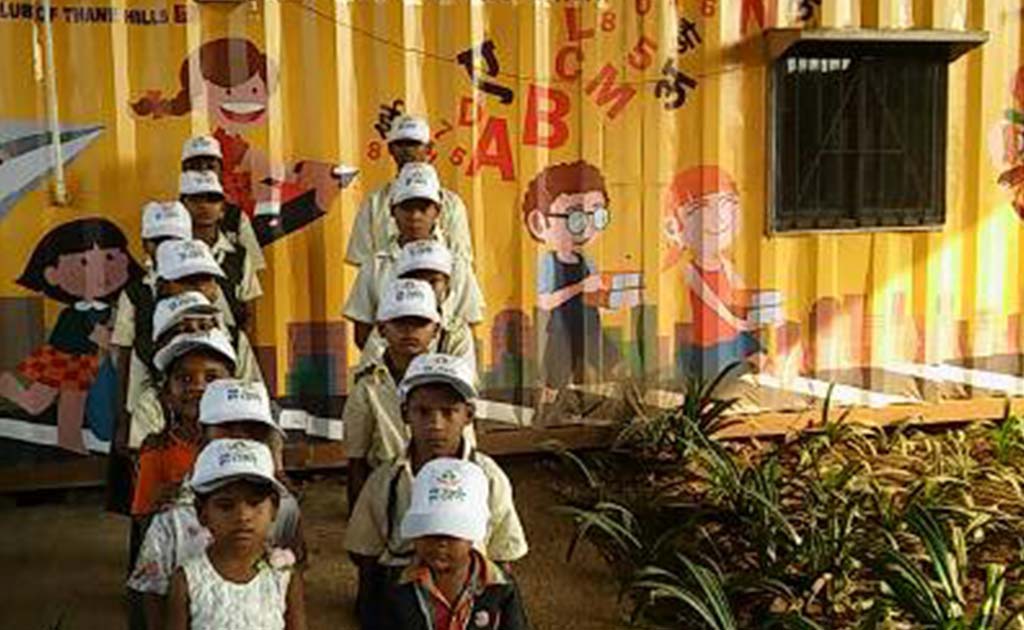 On June 15, ‘Signal Shala’, a school at the signal, was inaugurated right under the bridge. The school, built with a shipment container, was started by the Thane Municipal Corporation and is run by Samarth Bharat Vyaspeeth. The thought behind the school is, “If the children cannot go to the school, the school would come to them.” The school is specially meant for the children who live on the streets are forced to beg on the roads. 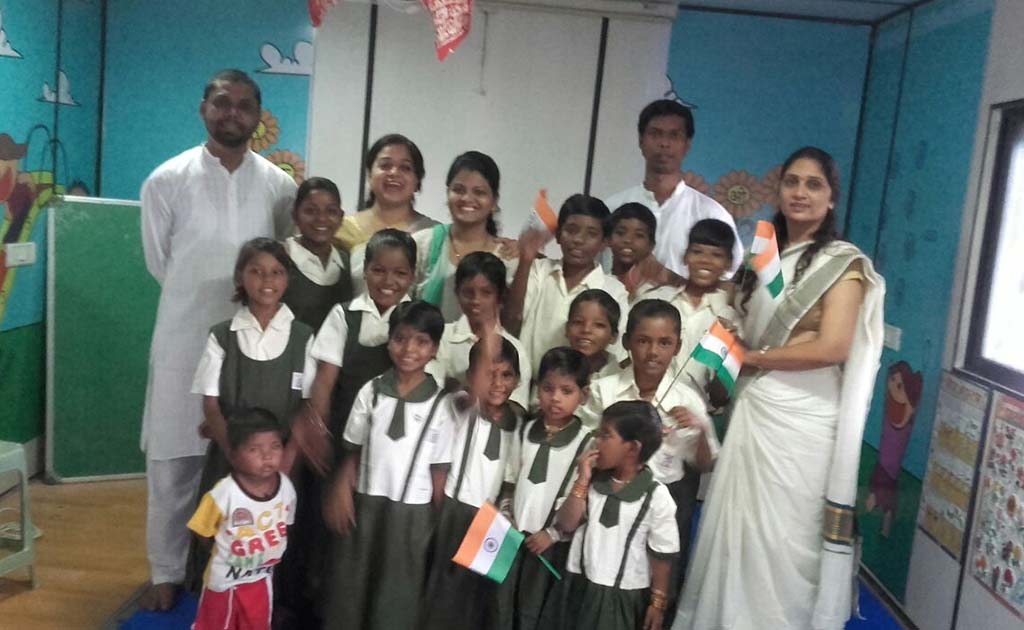 The school is a brain child of Bhatu Sawant, CEO, Samarth Bharat Vyaspeeth. He told NDTV, “It’s unfortunate that even after 70 years of attaining independence, we as a nation have failed our children. We have given them birth but not the childhood they deserve.” 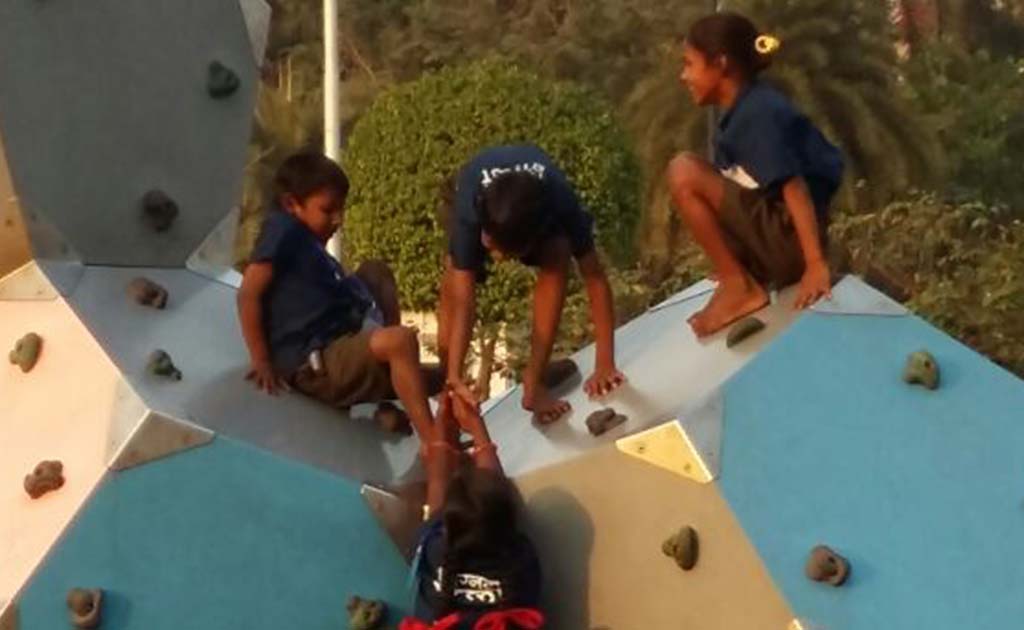 In a matter of six months, the kids in ‘Signal Shala’ have made great strides. With a total strength of 26 children from Class 1 to 8, they are not just taught state education curriculum, but are engaged in co-curricular activities like art and craft, indoor and outdoor sports and story-telling. 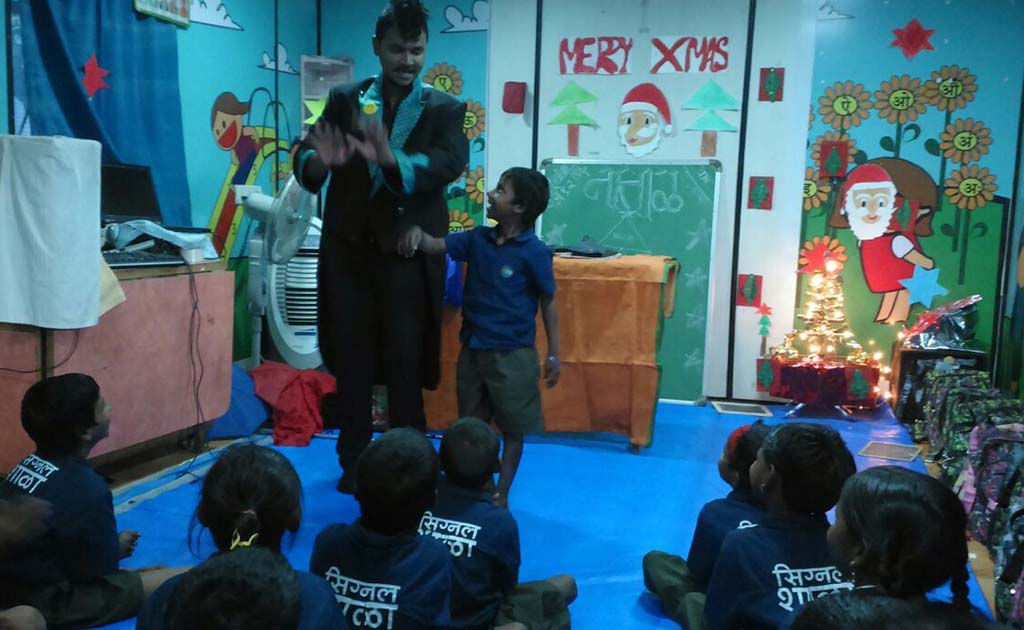 The school functions from Monday to Saturday. It starts at 11 am and continues till 4:30 pm. After 4:30 pm, volunteers who turn up for story-telling sessions and also hold fun activities like magic shows and indoor games. The children are then sent to their parents from 6:30 pm to 8:30 pm. After this, they return to the school and sleep. 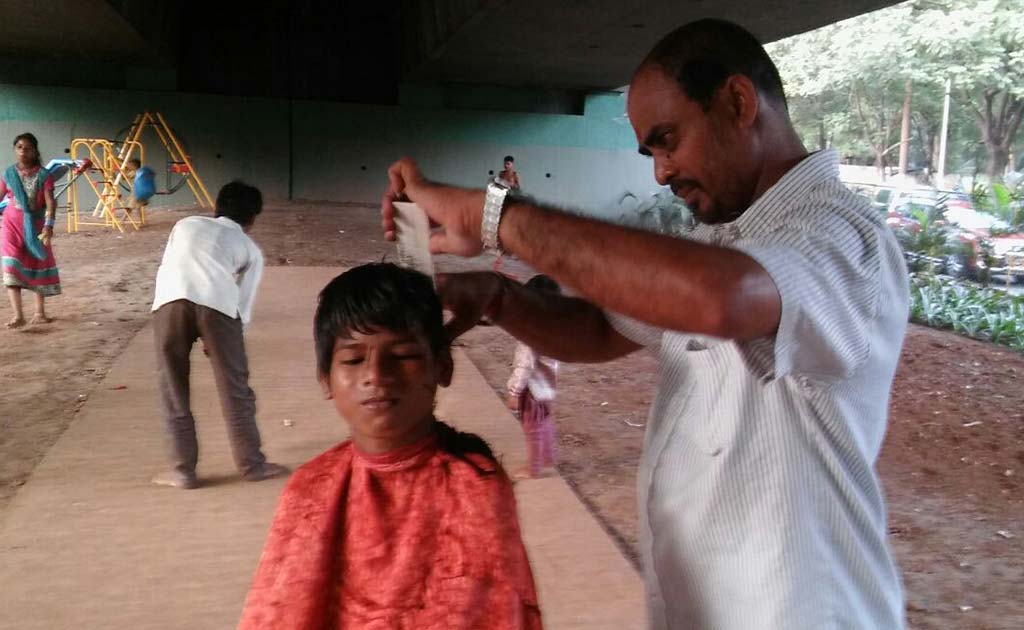 Mr Sawant calls it kids’ “Gurukul” (residential school) and says that food, shelter, clothes, books, grooming facilities are provided by the non-profit. He also said that this dream would not have been realised without the contribution of Sanjeev Jaiswal,  Commissioner and Manish Joshi,  Deputy Commissioner of Thane Municipal Corporation. With their efforts, the school got the necessary affiliation from the Thane Municipal Corporation, he said. 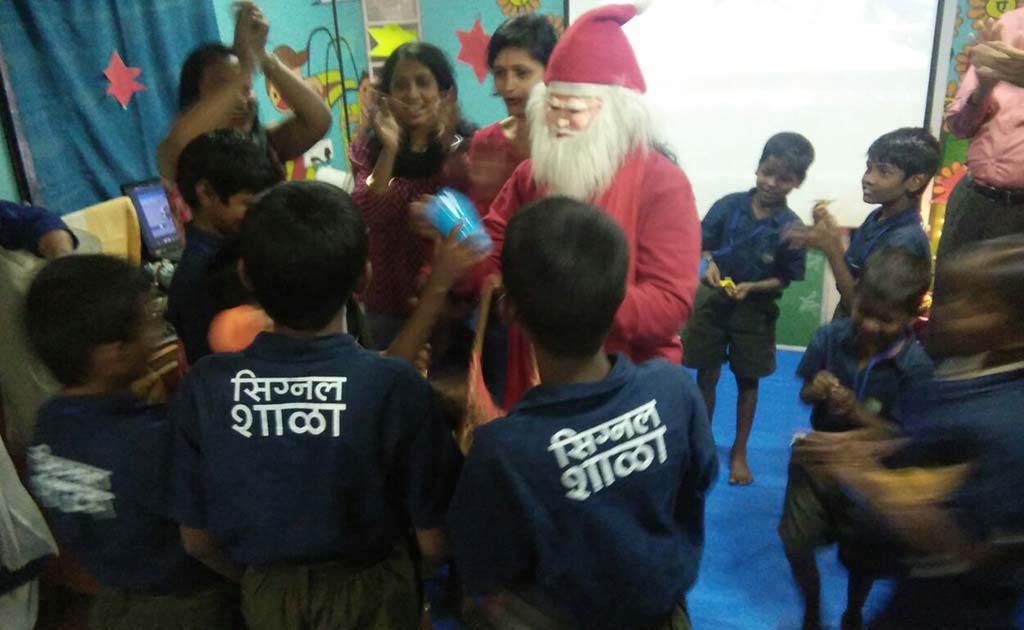 The kids celebrate festivals along with the school teachers and their parents. The above image is from Christmas celebrations at the school. 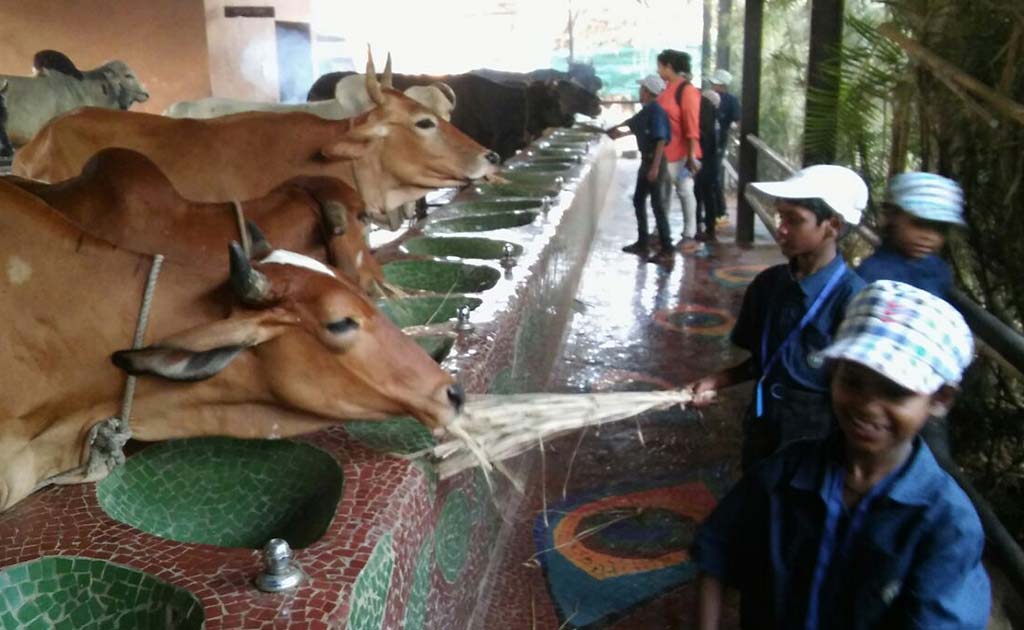 Outdoor picnics are also organised for them. The above image is from a picnic at Smart Eco Park in Panvel. 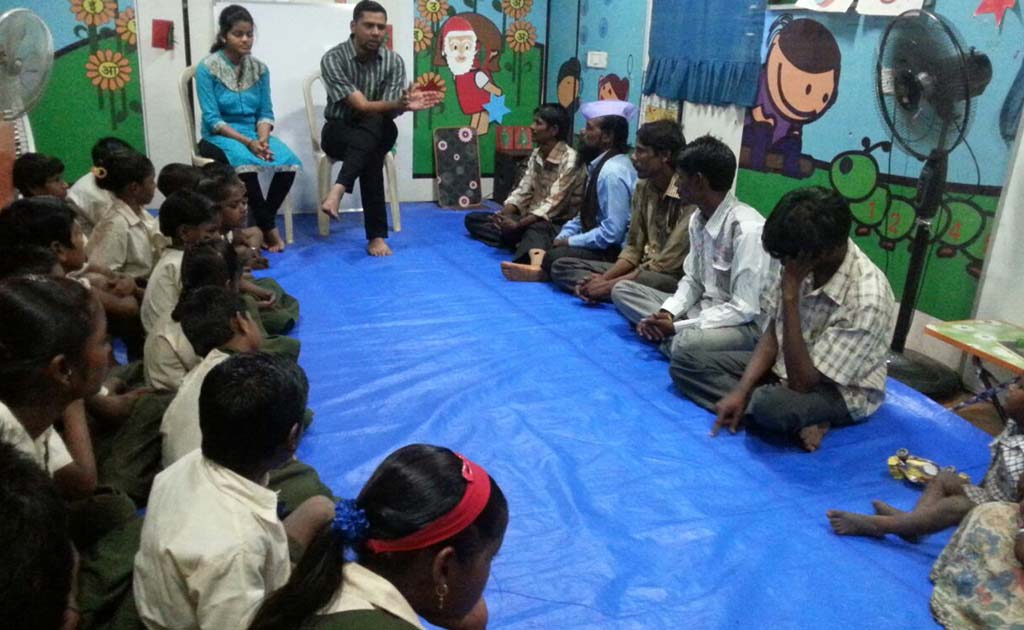 A regular parents’ teacher meeting is also held at the school to educate parents about their responsibilities, asking them to keep their dwellings clean and also encouraging their wards to finish homework on time. 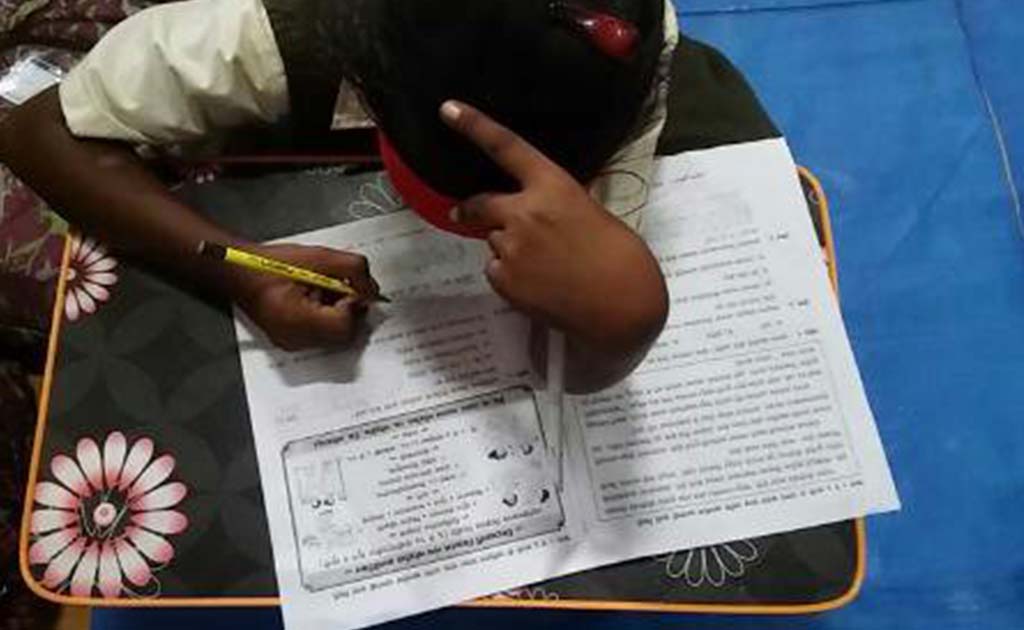 Taking note of the school, Chief Minister Devendra Fadnavis, in his address in the state legislative assembly last week, had said that state government would examine if this model could be replicated in other parts of Maharashtra. 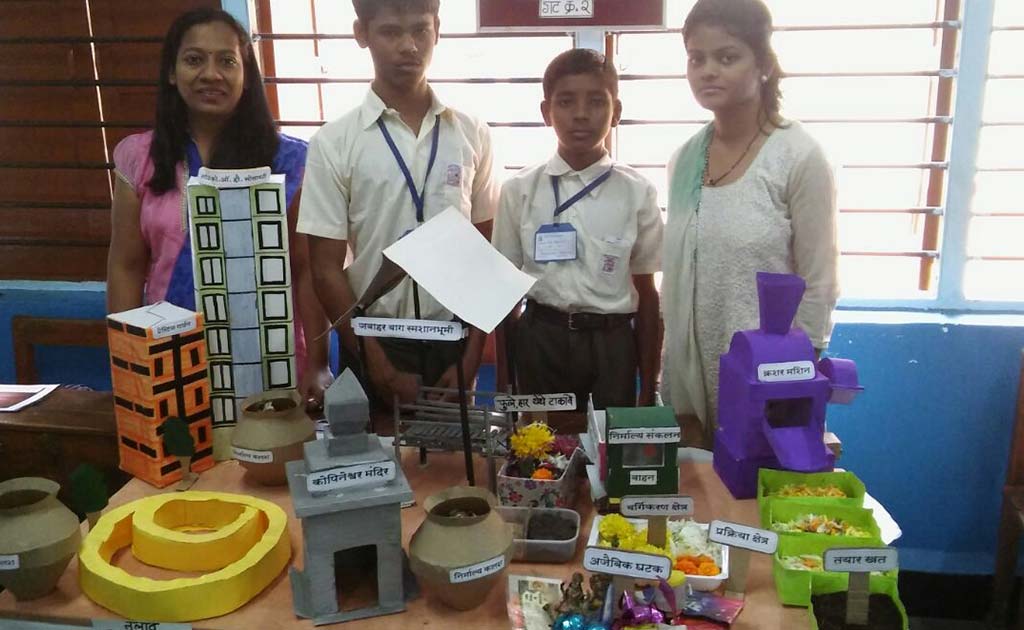 Mr Sawant feels that such schools are the need of time, but should be shut soon. He said, “Through a natural process, these families should become capable enough to not just rent a home for themselves but also send their children to schools and take care of their day-to-day needs.” 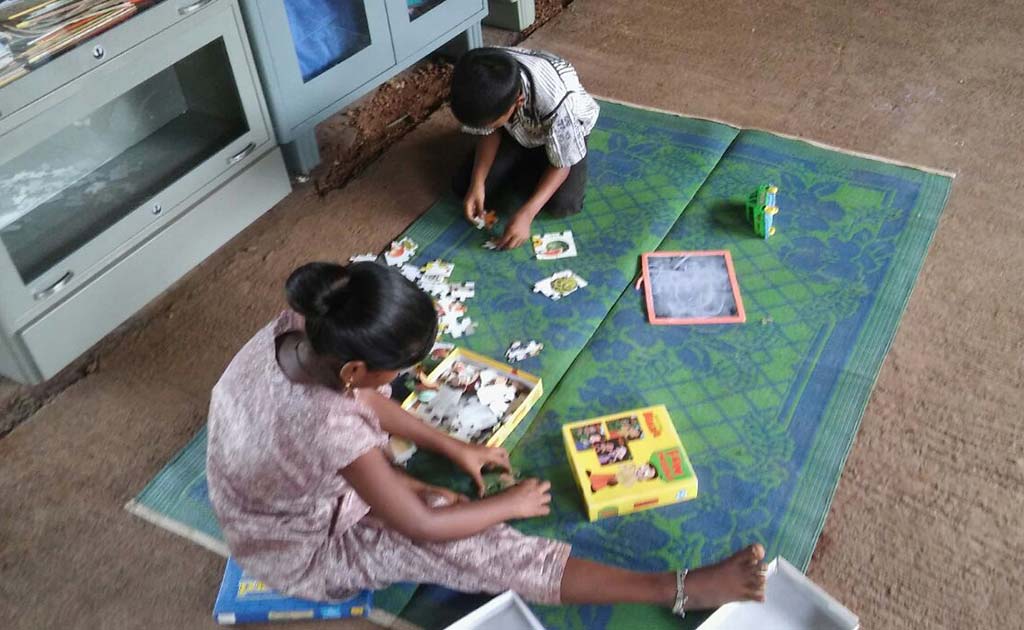 12-year-old Anjali, student at the school, says, “It seems like my life has started again and I don’t want to return to my previous life, where I had to beg for money.” 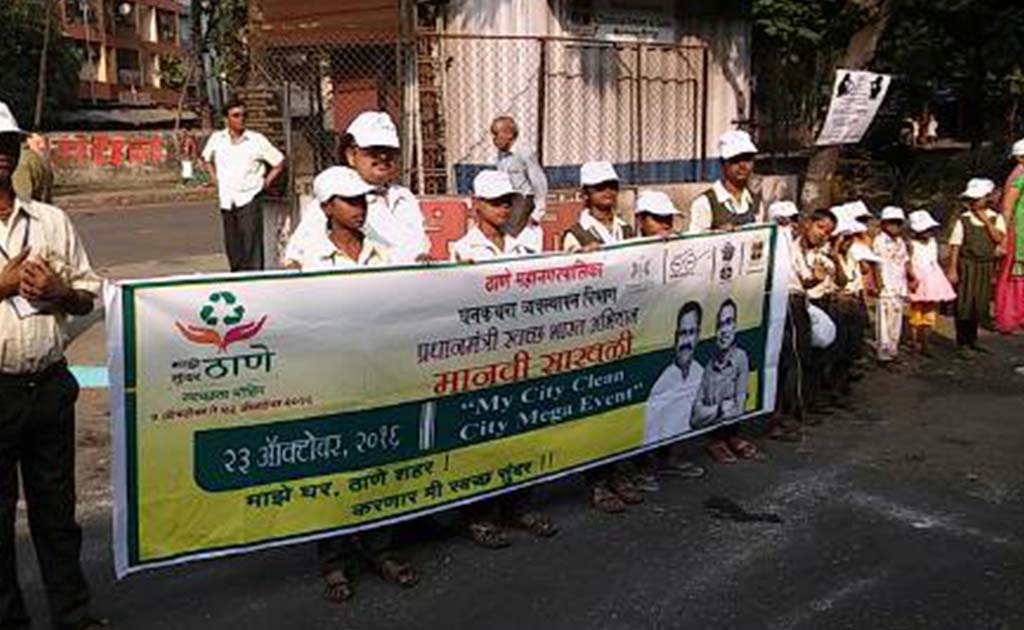 Mr Sawant said that they faced initial hurdles to convince the parents to send their kids to school, but now, seeing their growth, the parents have started co-operating and also appreciating the efforts made towards betterment of their children. The above picture is of kids participating in a ‘Swachh Bharat Mission’ event. 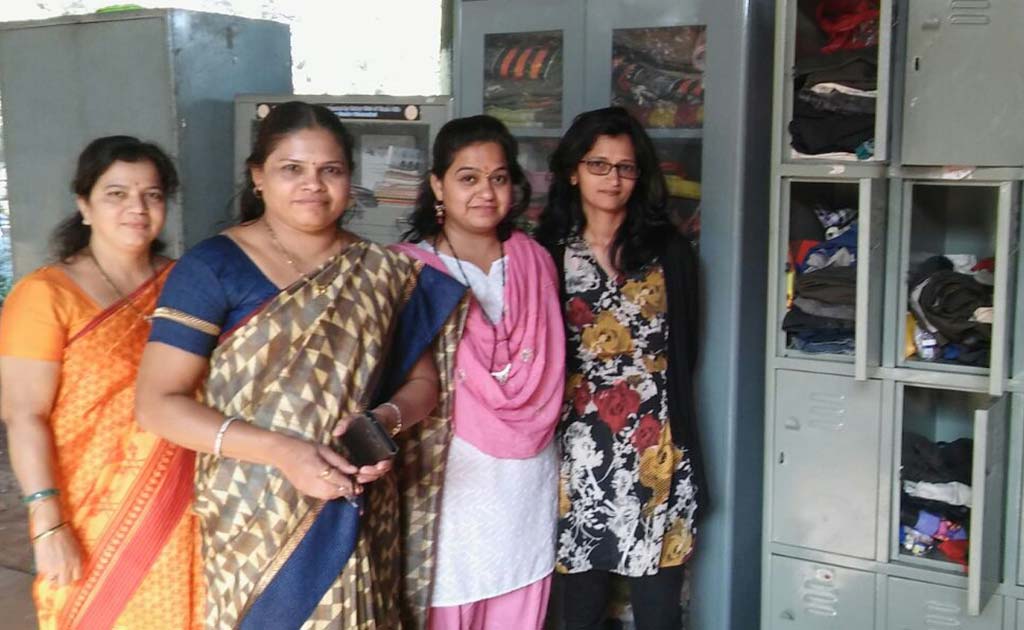 The Thane Municipal Corporation, which provided the shipment container and basic infrastructure, takes care of the water and electricity bills of the school. The school raises money for food, maintenance and salary for attendants and teachers. 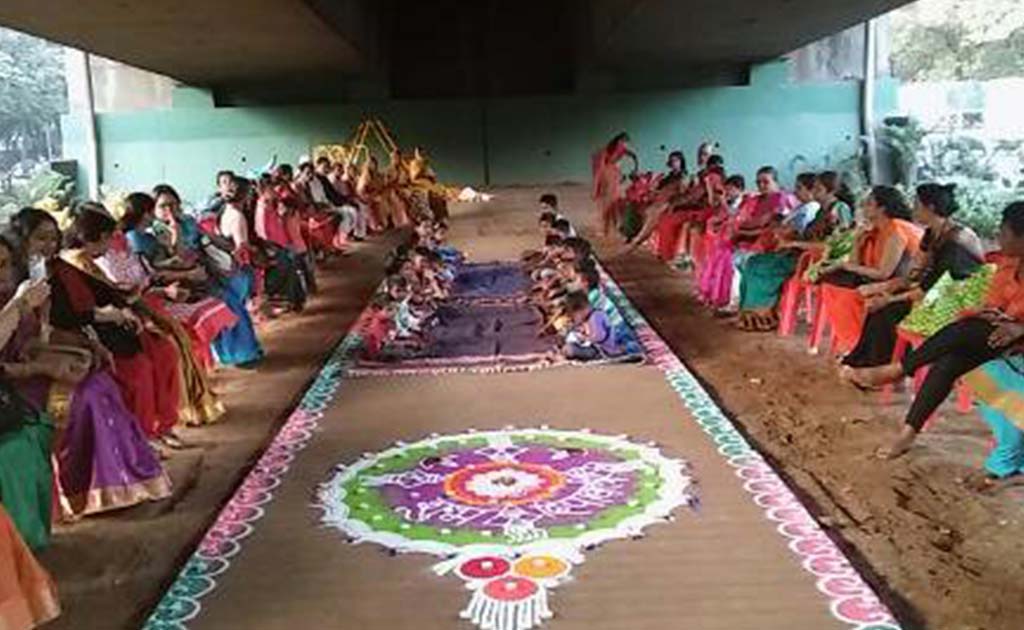 Mr Sawant informed that they are now planning to start a school bus to ferry kids from other signals.  “In our latest survey, we have identified 18 more children from nearby signals and a bus service would be started soon that will pick them up at 10:30 am and drop them back at 6 pm, ” he said.

To help ‘Signal Shala’, you can donate here:

Disclaimer: This information has been provided / published on a good faith basis, without any commercial motive. NDTV does not vouch for the authenticity of the claims made by the intending donee, nor can we guarantee that the donations made by a donor will be used for the purpose as stated by the intending donee. You are requested to independently verify the contact information and other details before making a donation. NDTV and/or its employees will not be responsible for the same.