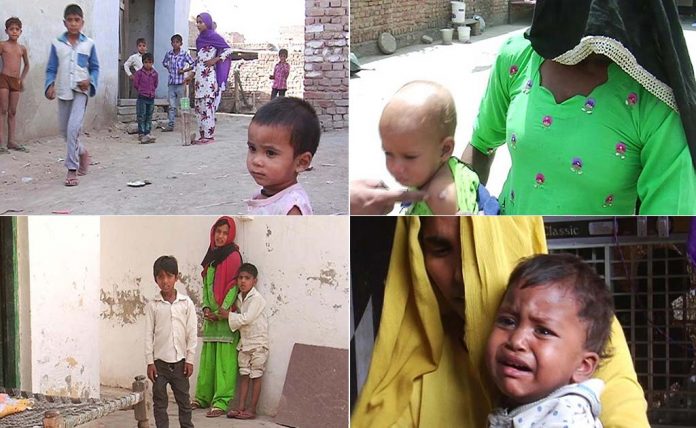 While the fourth phase of immunisation under Mission Indradhanush should have begun this week in Haryana’s Mewat district, the villagers are reluctant and scared to get their children vaccinated. Mewat, nearly 75 km away from Delhi, has an immunisation rate of 13 per cent as compared to the state average of 62.2 per cent. 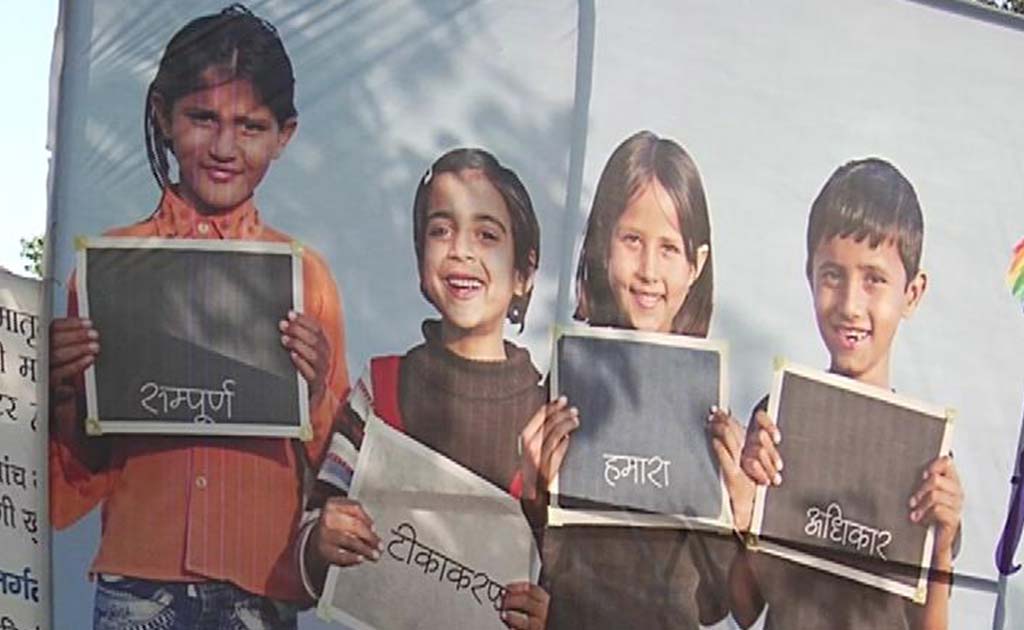 The National Health Mission has postponed the drive to May 15 and hopes to increase awareness and address apprehensions during this time. 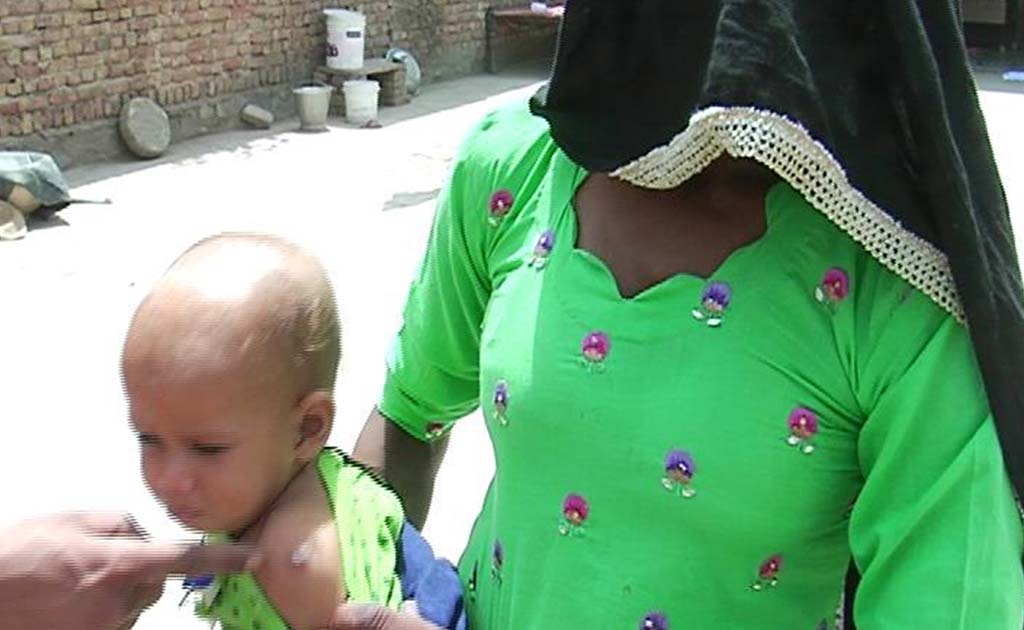 In March, a video went viral in Mewat showing an eight-year-old child from Meoli village gasping for air. His family alleges he was lured into a van and injected in the thigh by an unknown person. Rumors spread like wildfire through the villages of the district that vaccination would make their children sterile. After this, parents pulled out children from their school and banished ASHA workers who came to reason. 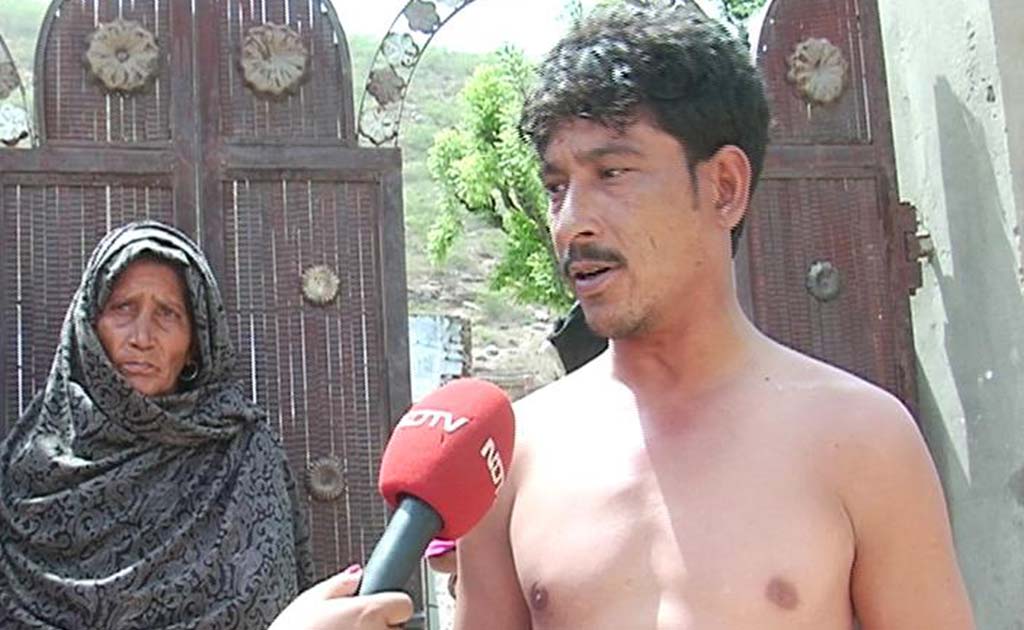 36-year-old Mushtaq Ahmad has eight children; five boys and three girls. He grows wheat in his farms and has studied only till class six. Fearing that his children will not be able to reproduce, he denies the entry of the ASHA workers who belong to his own village into his house.

“No you are not welcome here. If it is a polio drop, you can come but if you are here to convince us to get him injected, then no. Please leave,” he said. 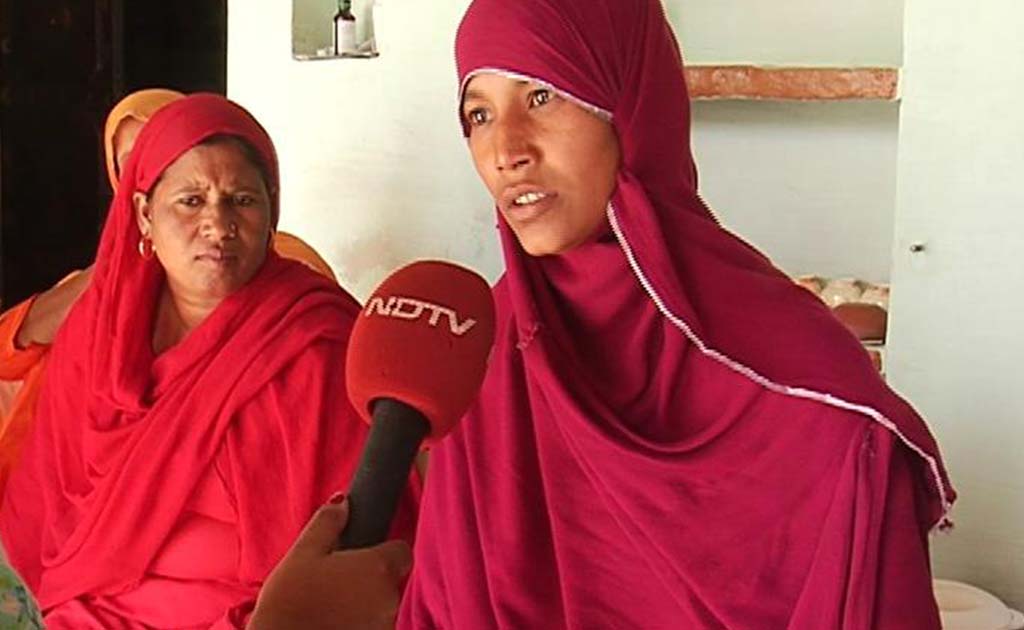 Shaheena, the ASHA worker told NDTV, “Villagers are suspicious, children are scared of any outsider in the village. They fear the injections.” Out of the 60 children who ought to be vaccinated, only eight were vaccinated during the last round, she said. 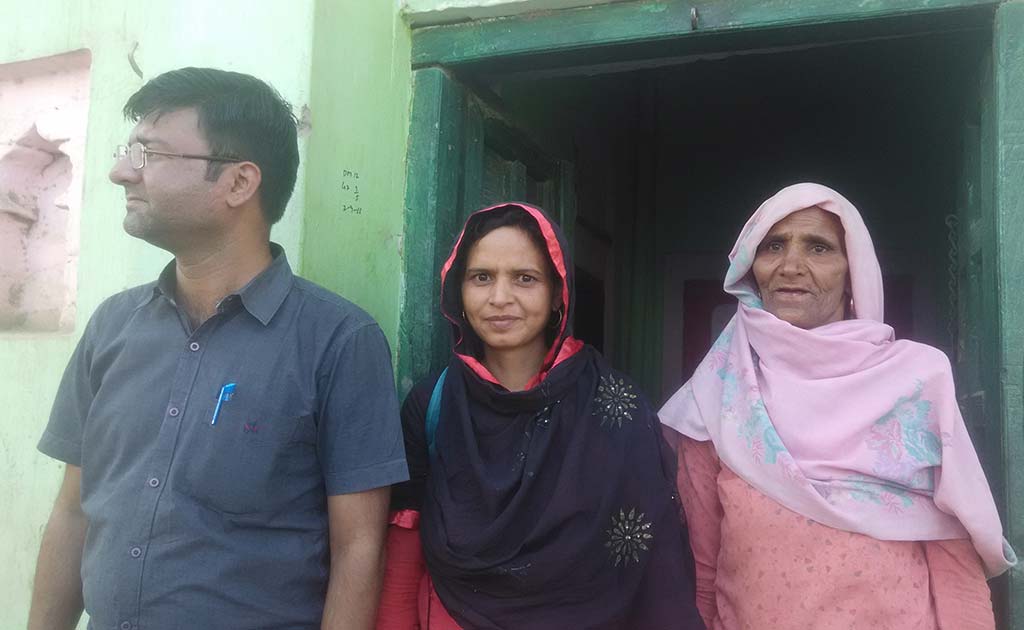 Waqeelah has four children, two of them have not been vaccinated. She said, “There is a rumour that my son will not bear a child if I get him vaccinated now. I cannot let that happen.”

Dr Pradeep Badwar, State Master Trainer, National Health Mission (in the image above) assured the family that a vaccination cannot cause sterilisation but Waqeelah is relentless. “You belong to the government. Pehle notebandi ab nasbandi (First Demonetisation Now Sterilisation?),” she accused the doctors.

80 per cent of the population in Mewat’s 443 villages is Muslim. Waqeelah’s father-in-law Shifaat Khan, a 61-year-old tailor alleges the vaccination drive will make his grandchildren sterile and will end his lineage. 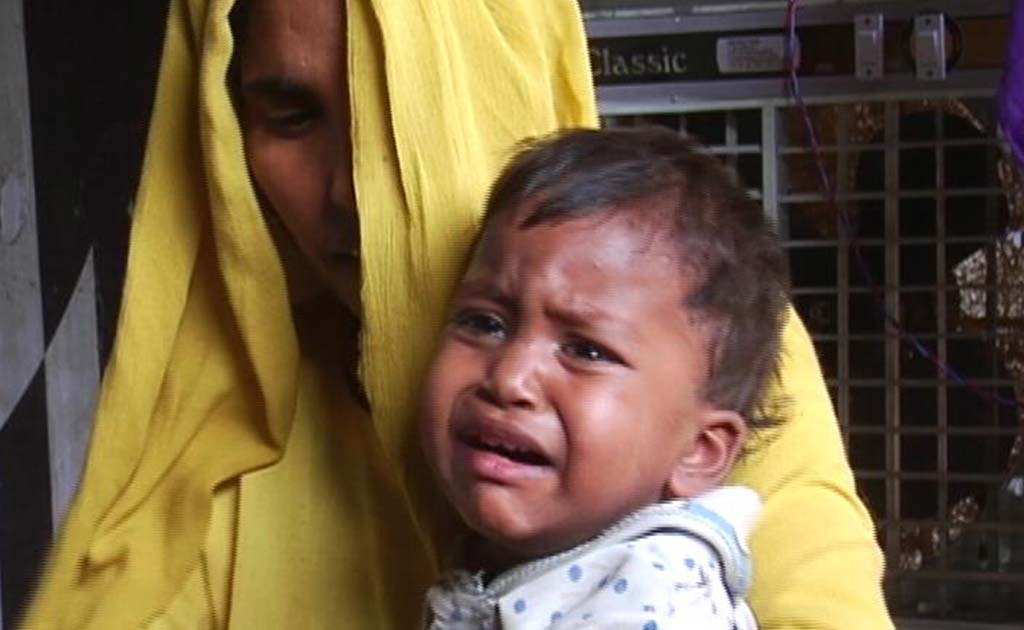 Similar fears at Mubina’s house in Kherla village too. Her younger 18-month-old baby girl Nasreen wasn’t vaccinated during the last round. Mubina, expressing her fear, said, “Even this time, I won’t take her for immunization no matter what Zarina Bibi the ASHA tells me. I don’t trust them. There is a rumour that Nasreen will not be able to bear a child for 40 years. Who will marry her? No need for any injections.” Mubina did offer us water and some home-made biscuits but politely asked us and Zarina to leave when we tried to reason with her. 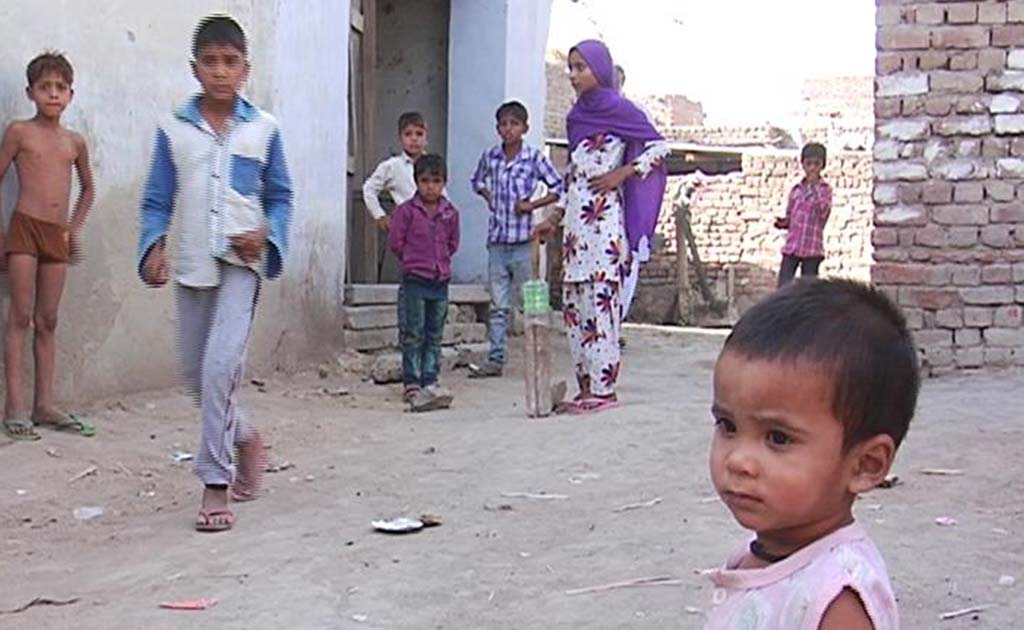 District administration and health officials claim lack of literacy and infrastructure are reasons that contribute to low immunisation rate in the district.

“Lack of education has made it harder for the medical teams to stop the rumours. Poverty coupled with big families is the cause of villagers’ illitearcy,” say officials. 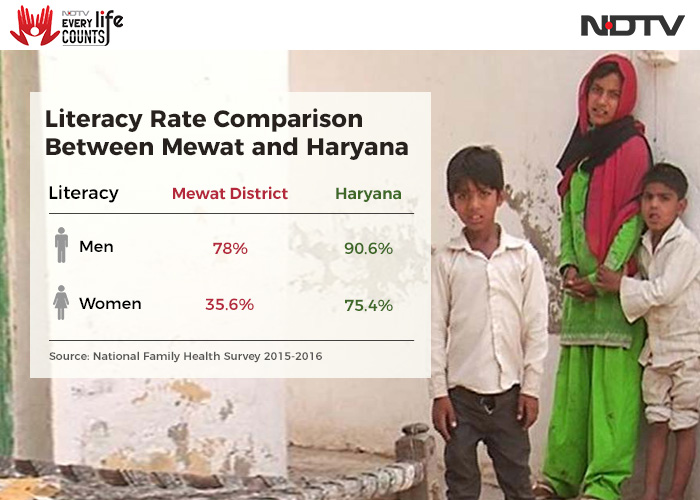 As per the National Family Health Survey 2015- 2016, 78 per cent of the men in Mewat and 35.6 per cent of the women are literate, much lower than the literacy rates for the state. 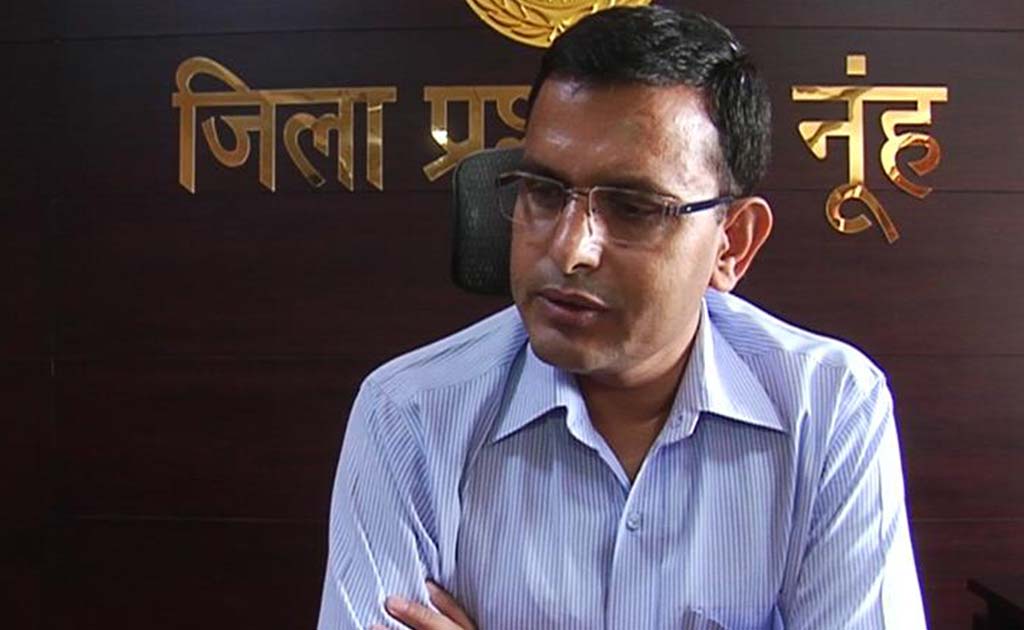 District officials on the condition of anonymity claim that only lack of education and Muslim conservatism is not to be blamed. Mistrust and harboured reservations about government run-vaccination programmes are a result of the poor state of public health in the country.

“There are no incentives for medical staff to work in Mewat – no entertainment facilities, good schools, restaurants or movie halls, not even a stadium. Why will a doctor, nurse or teacher move to Mewat?” said the District Commissioner Maniram Sharma (in the image above). At present, there are 874 ASHAs in Mewat as against a stipulated requirement of over 1400. 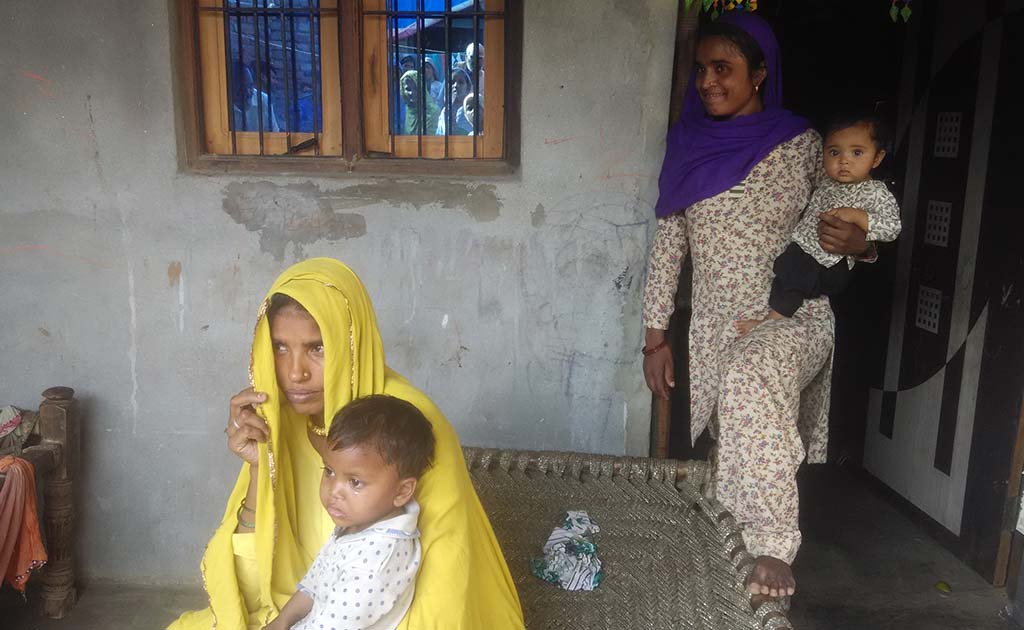 To improve the dismal rate of immunisation and encourage families to get their children vaccinated, district authorities are spending this week creating awareness. The ASHAs are going door-to-door along with National Health Mission trainers to educated and dispel rumours.

In response, the district is engaging leaders of the community to promote the vaccine. Health and district officials have roped in Muslim clerics, community panchayat leaders and members of the Waqf Board. The authorities want Muslim clerics to counsel Muslim families not to fall prey to such rumours and myths. 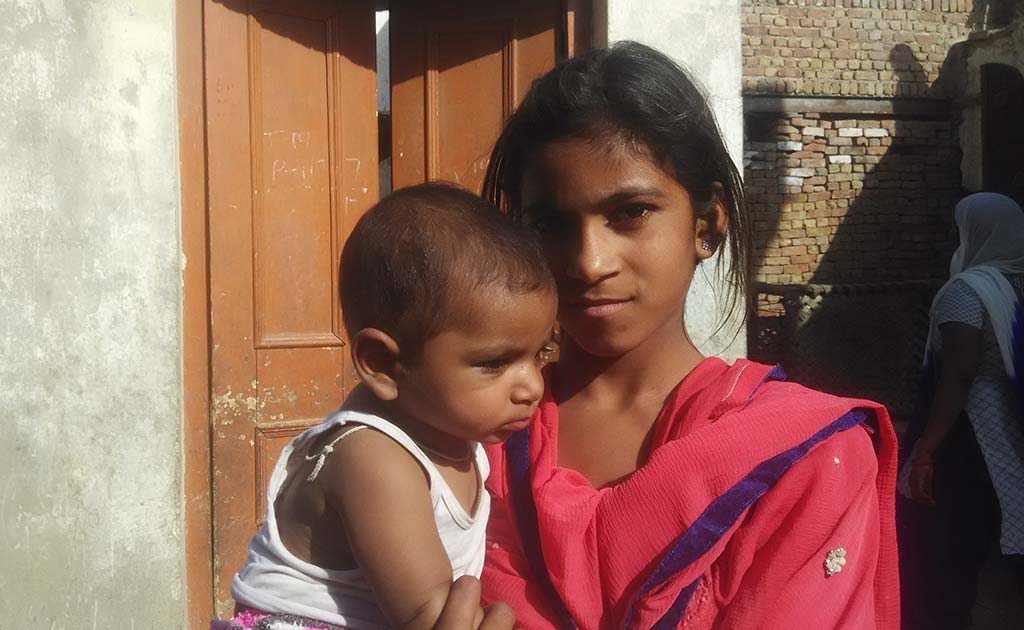 Maulana Yahya Kareemi, President of Al-aman Islamic Centre Mewat, said he would speak about the rumors during the prayers at the mosque and inform people regarding its importance.

“We have young people coming to our institute every day and the number rises on Fridays. We can use them as voices of reason to encourage parents to get their children immunised,” he said.