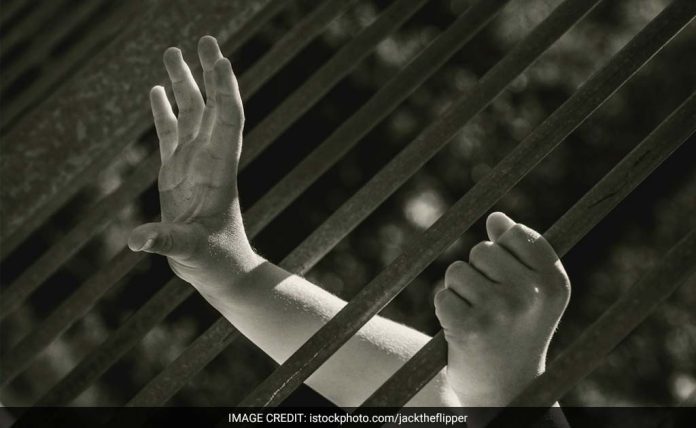 Chennai: Senthil Kumar’s mother saw him being dragged off by policemen on charges of extortion.

Standing outside the Vadamadurai police station in Tamil Nadu, she heard him scream for mercy. The next day she was told her son was dead.

“He didn’t die, he was killed,” she told the Thomson Reuters Foundation, recalling the events of April 2010.

“And I know the name of every policeman who did it.”

Mr Kumar is one of the 591 people who have died in police custody in India since 2010, Human Rights Watch (HRW) said ON Monday, calling for the strict implementation of existing laws on arrest and detention.

Citing government data, the report said 97 people died in police custody in 2015 alone, and there was not a single known case in the past five years in which a police official had been convicted for a custodial death.

“In almost all cases, the police passes off these deaths as suicide or a heart attack,” said Jayshree Bajoria, author of Human Rights Watch’s report.

“And the brotherhood kicks in to shield the guilty, who are their own colleagues. The entire system collaborates to protect the guilty policemen instead of taking action against them.”

KS Dhatwalia, spokesman for the Ministry of Home Affairs in New Delhi, the government department responsible for police, told the Thomson Reuters Foundation on Monday the ministry would “look into the report and take necessary action”.

The report examines investigations into 17 deaths in custody between 2009 and 2015. In each case, the police did not follow proper arrest procedures, making the suspect more vulnerable to abuse, Ms Bajoria said.

Leonard Valdaris trusted the policemen who wanted to talk to his son about a theft in the neighbourhood in April 2014.

But when he walked into the Wadala railway police station in Mumbai the next day, the report said, his son was “crying bitterly” and told him the police had beaten him all night and would kill him.

“When I saw my son in the hospital, there everything changed,” Valdaris was quoted as saying in the report. “There I saw the reality. He had been beaten black and blue with a belt.”

Forms of torture recorded in the report include severe beatings with boots and belts and sometimes suspending people from their wrists. Autopsy reports examined by Human Rights Watch show injuries consistent with blunt force trauma.

India has ratified the International Covenant on Civil and Political Rights and signed the Convention against Torture and Other Cruel, Inhuman or Degrading Treatment or Punishment.

According to the Indian Code of Criminal Procedure policemen are expected to prepare a memo of arrest with the date and time of arrest, ensure a medical examination is carried out on the accused, inform the family of the arrest and present the suspect before a magistrate within 24 hours.

According to government records, in 67 of the 97 deaths in custody in 2015, police failed to present the suspect before a magistrate or the suspect died within 24 hours of arrest.

“If police follow the rules designed to deter torture and mistreatment, deaths in custody could be prevented,” said Meenakshi Ganguly of Human Rights Watch.

“India can only boast of rule of law when those charged with enforcing it are held accountable.”