Home Gallery Vegetable Gardens Preventing Bengal Girls From Early Marriage, Trafficking
Share on Facebook
Tweet on Twitter
For a teenager, Sarjana Biswas has rather modest ambitions: finish school, go to college and become a government healthcare worker in her village.

But for young girls like Biswas in Bengal, even these would have been impossible dreams just a few years ago in a district plagued by a high rate of school dropouts, early marriage and human trafficking.

Thanks to a state programme to keep young girls in school with cash incentives, coupled with efforts by land rights advocacy group Landesa to teach land literacy, girls like Biswas are daring to dream and plan for better futures. Here’s a look at their stories:

“My sister got married when she was 15 years old. I didn’t want to get married that young,” said Biswas, 17, as she examined runner beans in the small vegetable garden that she helps tend to at the village community centre.

“I have learned that girls should not get married so young, that we can also own land and cultivate what they want, earn and not be dependent on anyone,” she said.

Nearly 70 girls like Biswas, aged 11 to 18, are enrolled in Landesa’s Girls’ Project that teaches them how to cultivate a small vegetable garden in their family plot.

Alongside, they learn about the importance of education, the problems of early marriage, the benefits of nutritional food, financial literacy, and their rights – including land ownership. 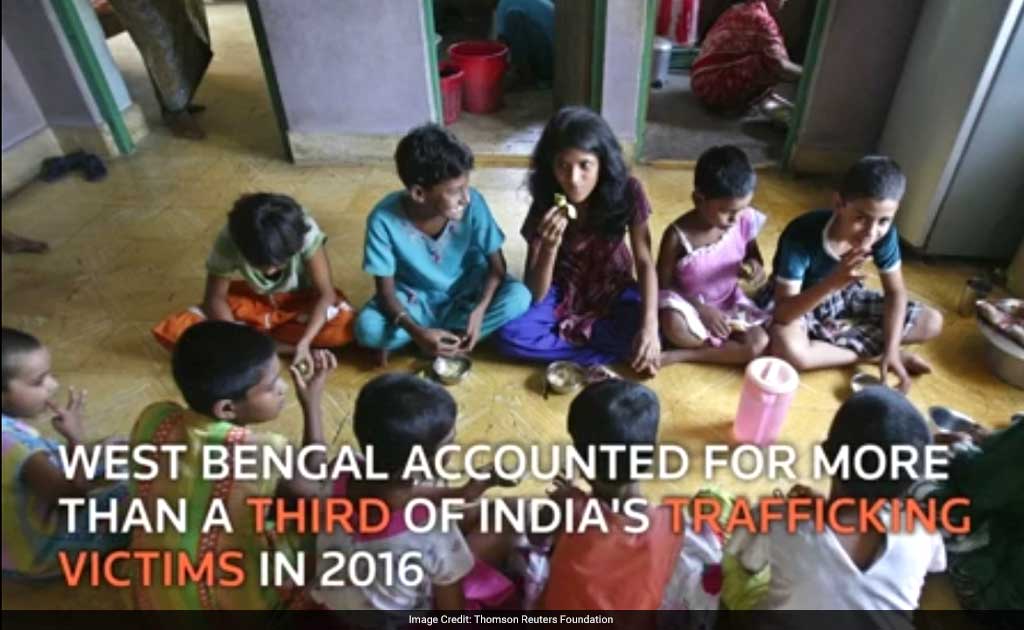 Partnering with the state, the programme has reached more than 48,000 girls in over 1,000 villages in Bengal’s Cooch Behar district, helping reduce child marriage and school dropout rates, and preparing the girls to stake their claim to their own piece of land someday.

Bordering Bangladesh, the area is largely populated by poor farmers and migrant workers, and is a hotbed of trafficking. Young women and men are tricked into travelling to other states and to the Gulf region to be commercial sex workers.

Bengal accounted for more than a third of trafficking victims in 2016, official data showed.

Girls who have been through the project, which was launched in 2011, are more likely to stay in school, marry later, and have an asset in their name, said Sumit Gupta, chief revenue officer in Nadia district where Charmahatpur village is located.

“These issues are all linked to poverty, and landlessness is the biggest indicator of poverty. So using land literacy and land ownership to address these issues is a practical approach, and it has worked,” he told the Thomson Reuters Foundation.

“We want to see these girls be independent and live with dignity. For that it’s important they know their rights and the importance of land ownership,” he said. 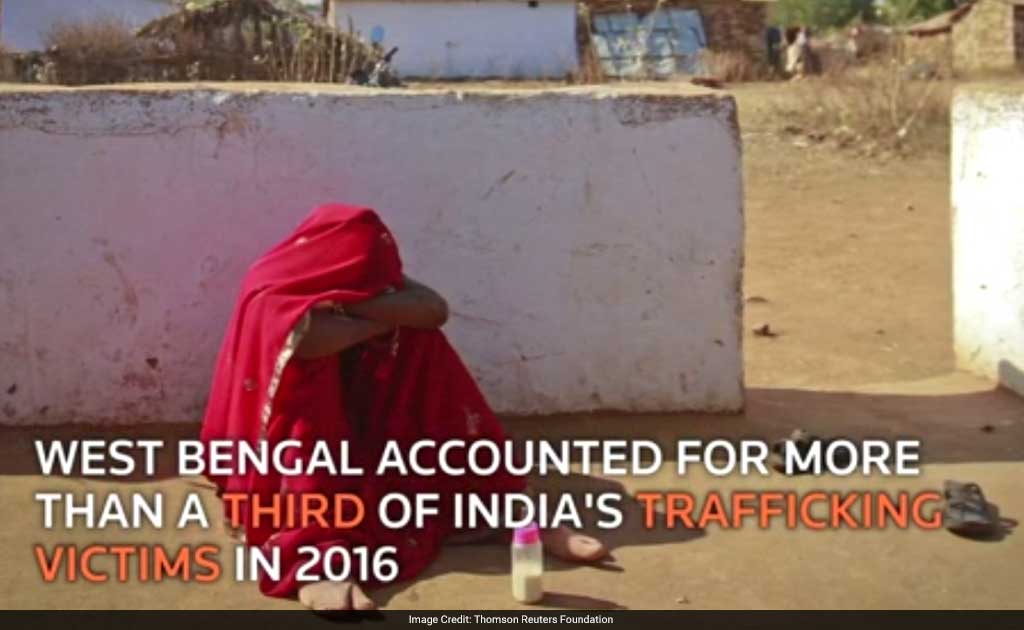 Bengal has a checkered history in land reforms. It was among the first states to enact a land reforms law as early as 1955, to give land to poor tenant farmers and to impose ceilings on land holdings.

Yet it has been slow to implement measures to redistribute land. About 70 per cent of the state’s rural households do not own land, higher than the national average of 56 per cent.

The Girls’ Project, which is being scaled up to reach 1.25 million girls, aims to bridge the gap for women.

Girls learn to grow vegetables or fruits – even timber – in a corner of their family plots, so they can supplement their meals, as well as add to the family income, or set aside some money by selling some of the produce.

Their efforts are complemented by central and state schemes for poor adolescent girls. The girls receive Rs 750 a year from the state towards their education, and Rs 25,000 on turning 18 if they are still in school and unmarried. 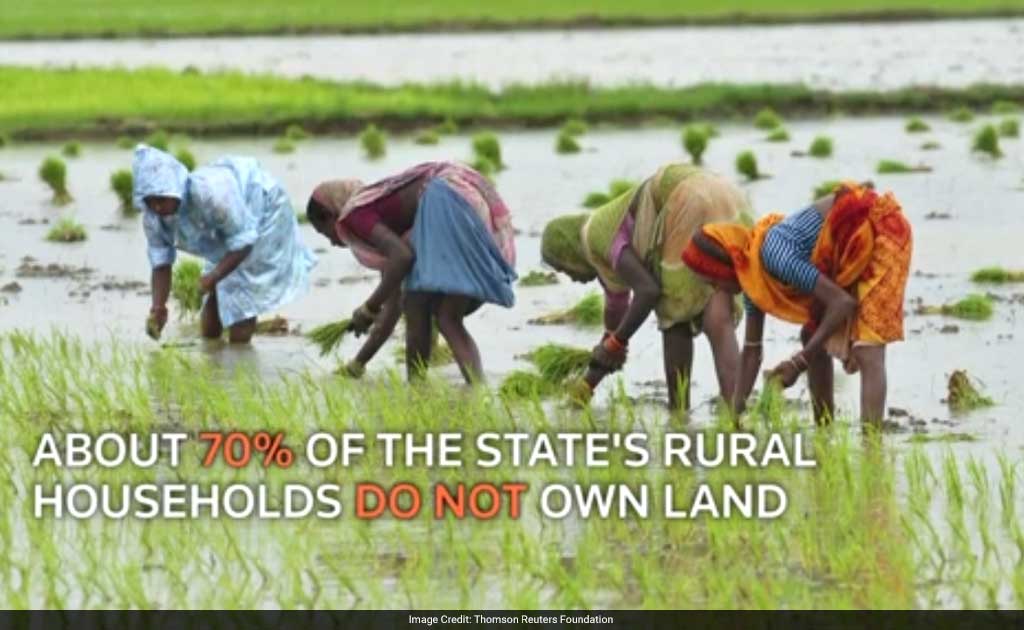 Staff at the community centre have stopped about half a dozen child marriages in recent years”Girls, particularly in rural areas, are seen as a burden, and are married early because the dowry that is demanded of the parents rises with older girls,” said Pinaki Haldar, Landesa’s state director.

“Educating girls on land impacts their thinking, their life, and builds their confidence. Even if she doesn’t get much of an education, she learns to be independent, and also gains some value at home,” he said. 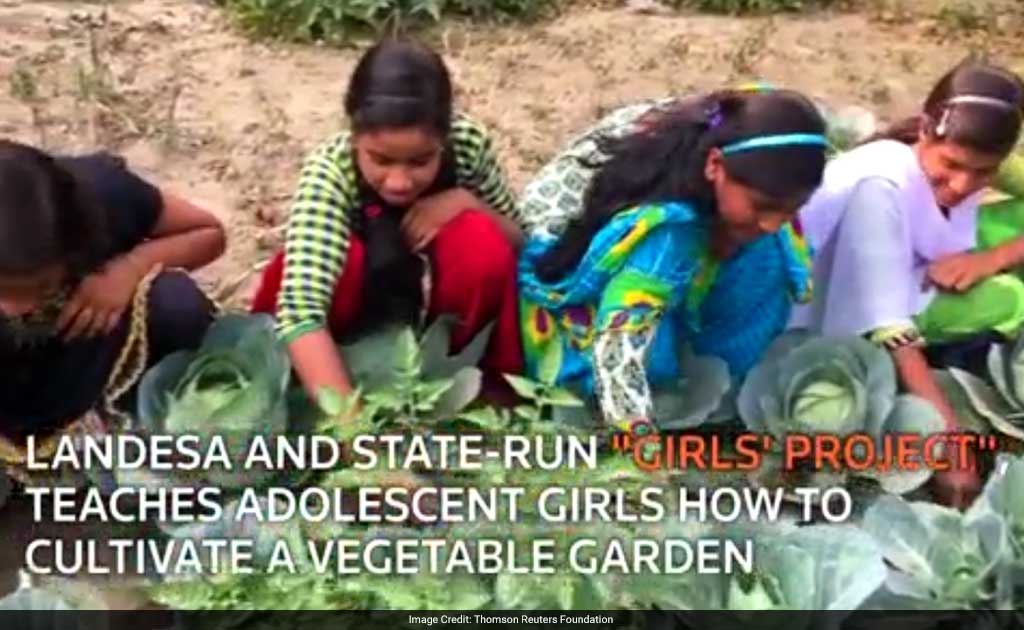 Bengal Chief Minister Mamata Banerjee, who won an election in 2011 largely on the platform of supporting the rights of farmers and villagers over land, is a champion of land rights.

She introduced the ‘Nijo griha, nijo bhoomi’ (my home, my land) scheme that allocates plots of about 2,200 sq feet to each landless rural family, so they can build a small home and cultivate the rest of the land to sustain themselves.

More than 200,000 families have benefited so far. Some have daughters who have been educated about land rights and farming.

At the community centre in Charmahatpur, about a dozen girls who have finished school for the day inspect cabbages, beans and spinach growing in the small garden in the back. They chatter and giggle as they pull out weeds and check for pests.

It took a while to convince parents about the benefits of the programme, said Dilwara Mondal, the supervisor.

“Earlier, parents would stand by the door or peep through the window to make sure we weren’t corrupting their daughters,” she said.

“Now they send their daughters willingly. They can see the difference it’s made to them, and to their lives.”