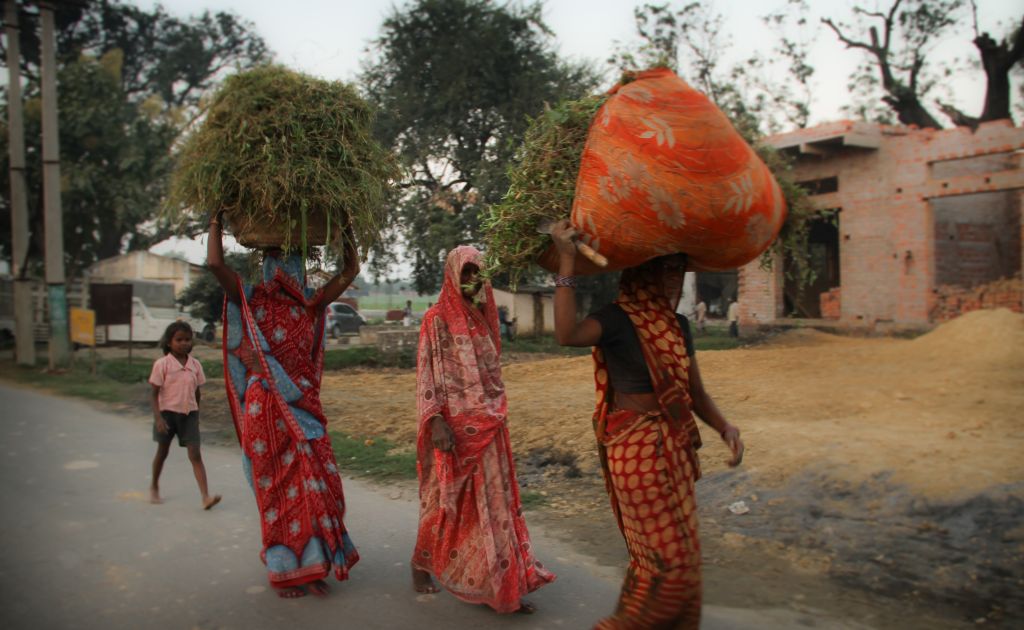 In Eastern Uttar Pradesh, in the back of beyond, just off the GT Road between Varanasi and Allahabad lies the dusty little village of Guria. Farming and Carpet weaving are the main occupations here. You would pass it by without a second glance; except Guria has a story you might want to hear. 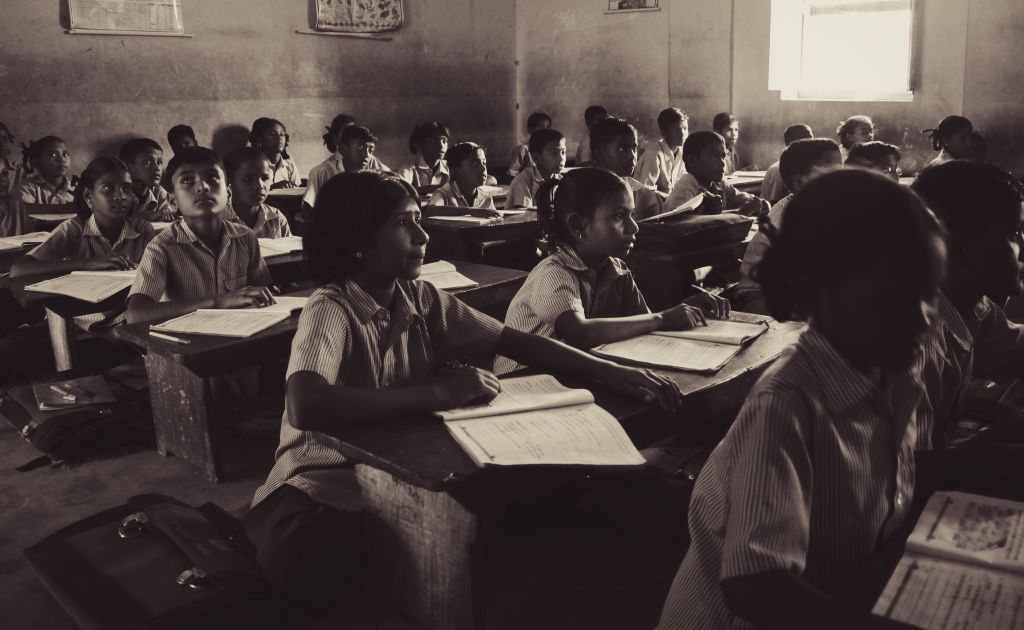 This village is home to ‘Project Mala’, a program run for the elimination of child labour from the hand-knotted carpet industry in India, by providing education, mid-day meals and healthcare facilities for children in this carpet weaving belt. 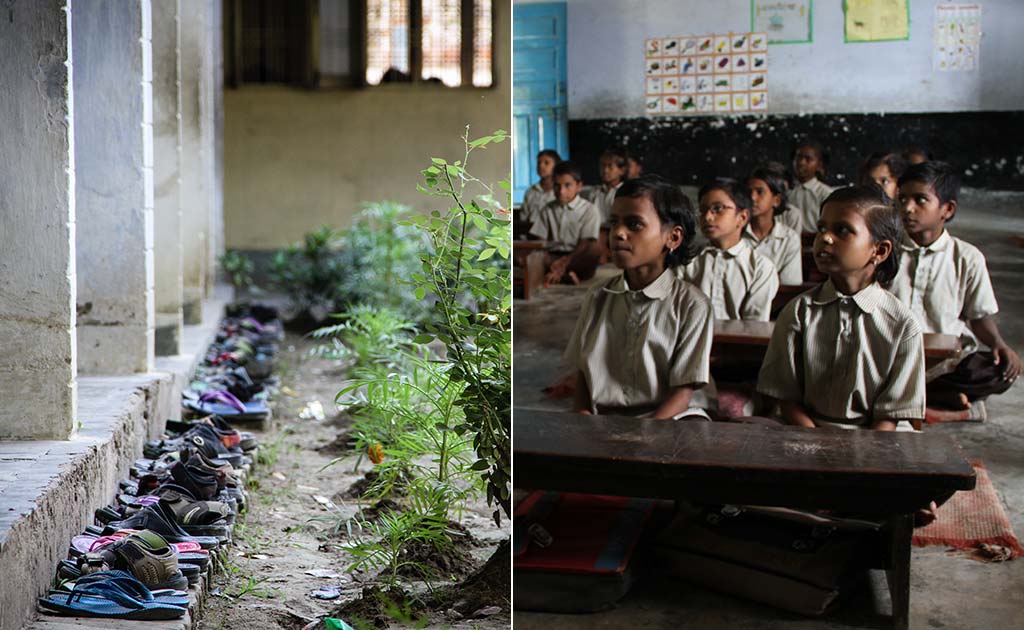 Primary school students are encouraged to be in their classrooms barefoot. They are also not referred to by their family names. Both measures help them stay free of class, caste, societal, and sartorial pressures when in school. 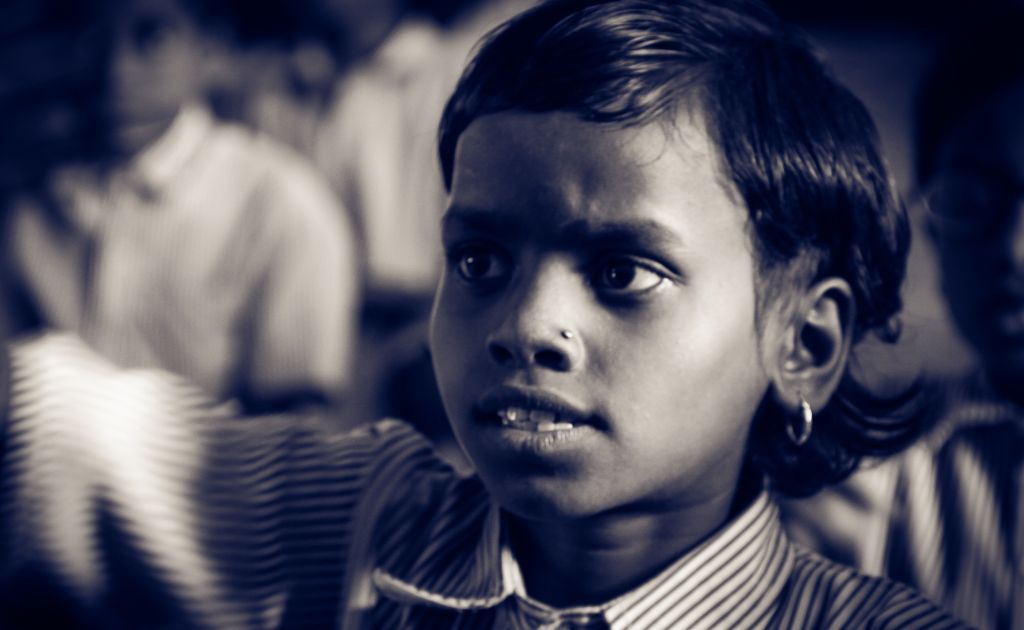 Villagers here are happy to get an opportunity to educate their children. The school receives 500 applications for every 10 seats; however, the number of boy applicants exceeds girls. 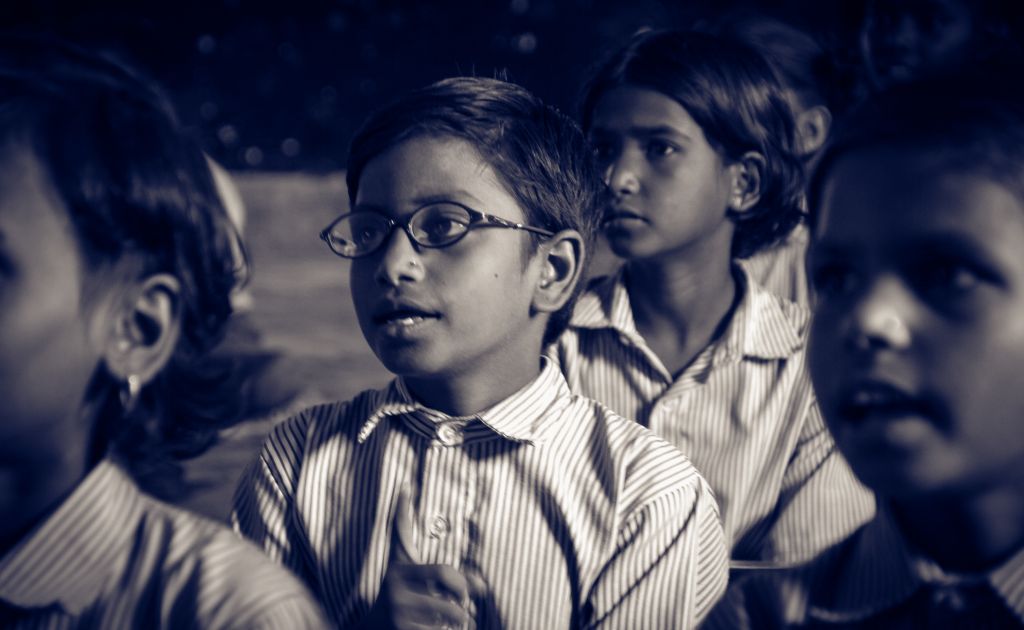 A couple of years ago, it was decided to open a nursery school for younger children. Once the notice went out, 300 boys lined up outside the school for admission and not a single girl child. The school then decided to make the class only for girls. 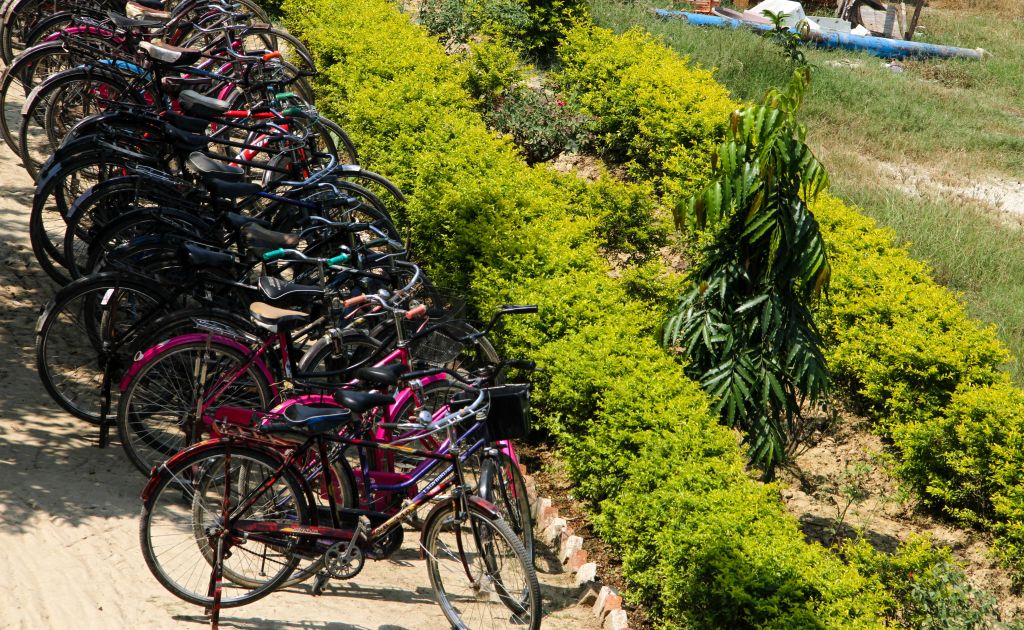 Bicycles are provided to students Standard VIII onwards to stem the dropout rate. The school has also created a girls’ hostel. Slowly, some families are coming around. 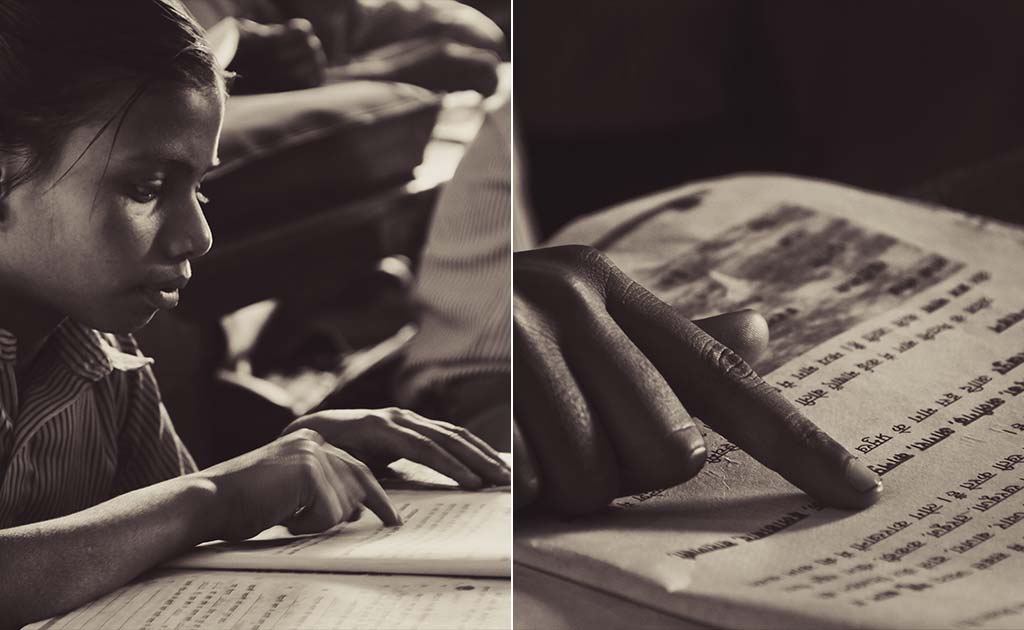 However, the battle to keep girls in school is as hard as ever. Parents want to get them married post middle school. Also, once girls reach puberty, parents are reluctant to send them fearing their safety, especially if they are from surrounding villages and have to walk quite a bit. 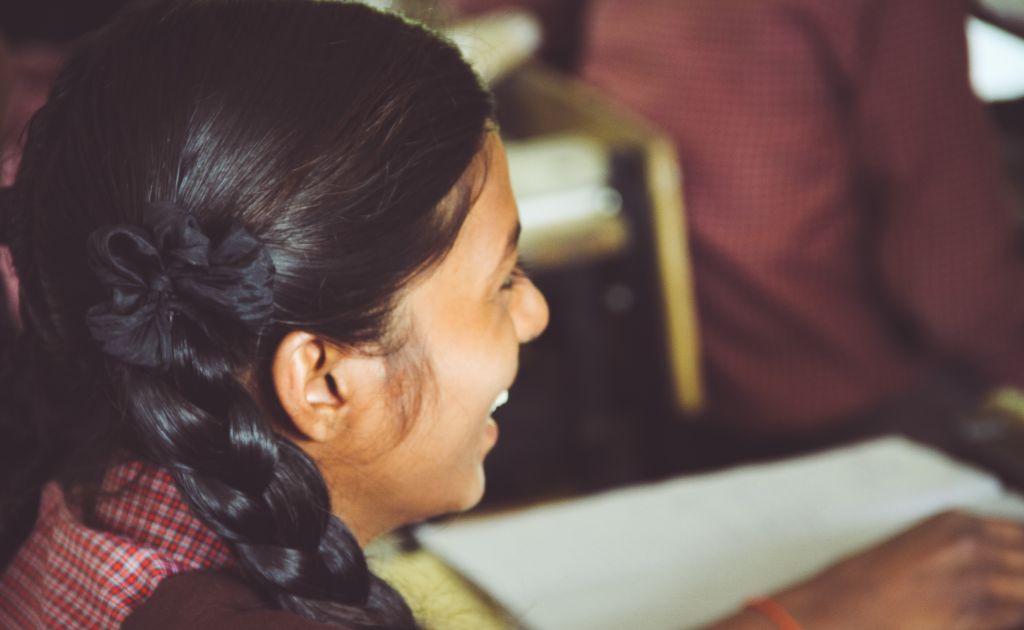 Rani (name changed) was 8-years-old when her father, a local weaver, allowed her to pursue her education. 8 years later, she cleared her class 10th Exam, only to have her dreams of being a journalist crushed! She was pulled out of school so that she could get married. In anger and disappointment, she eloped, but was brought back and forcibly married to a young man in the village, who is illiterate. She is almost 19 now with little hope of ever making it on her own. 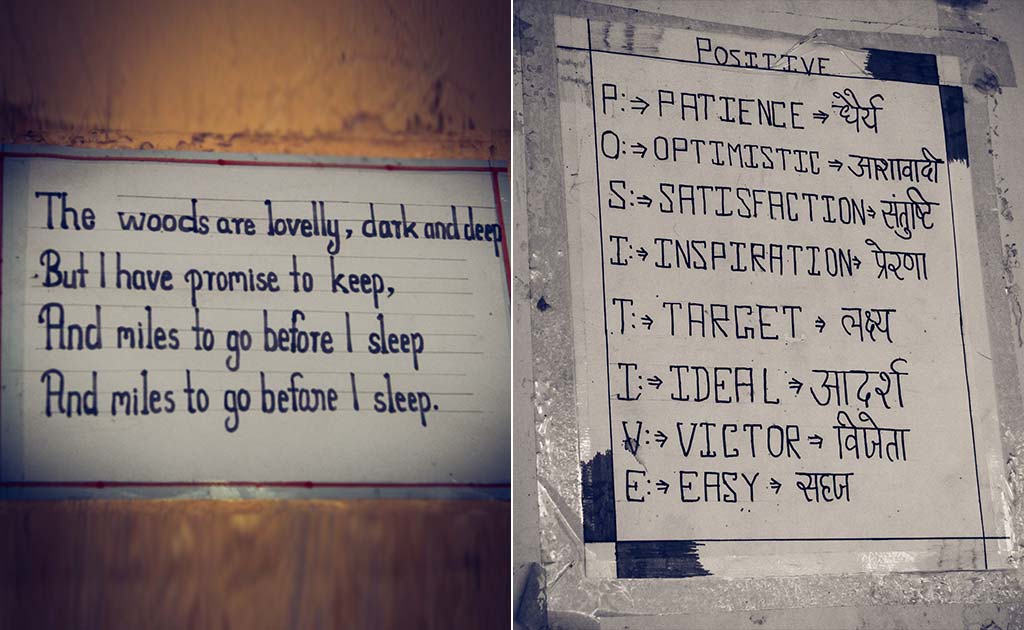 A beginning, a dream, an ambition… a step towards the future with minor spelling hiccups. 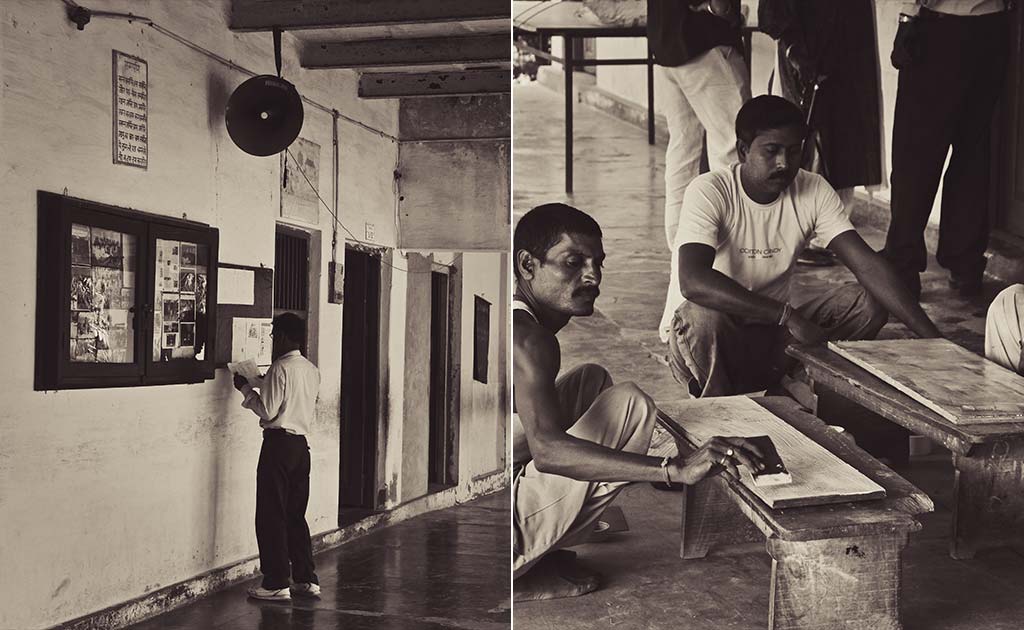 The school generates earnings for local carpenters who make and maintain the school furniture. They mostly work in one part of the schoolyard. Local tailors are also hired to make school uniforms. They have a small workspace within the school. 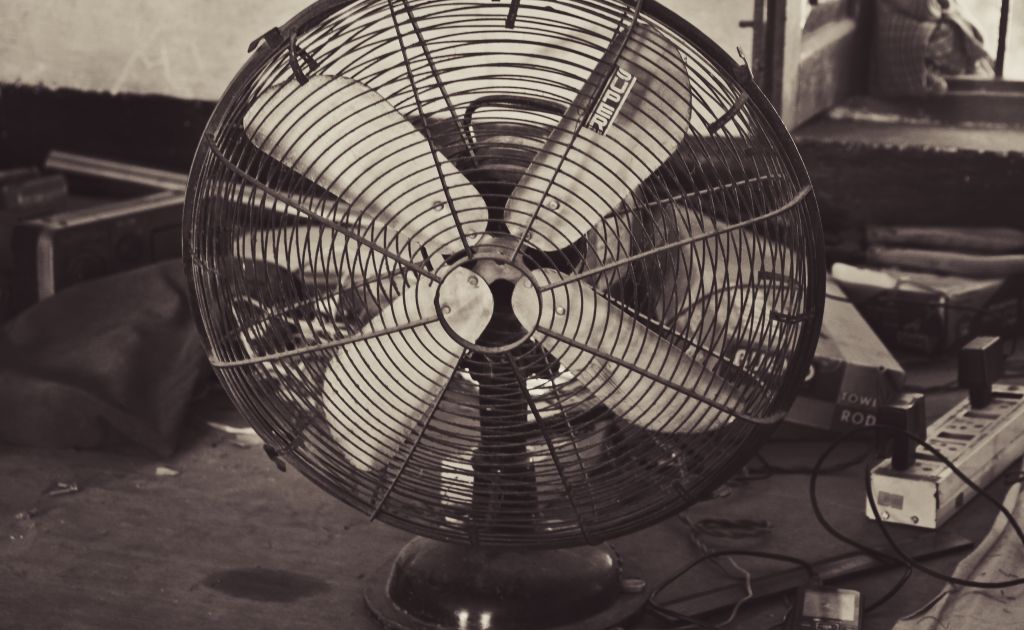 The erratic electricity supply discourages none. Everyone turns up as per schedule. 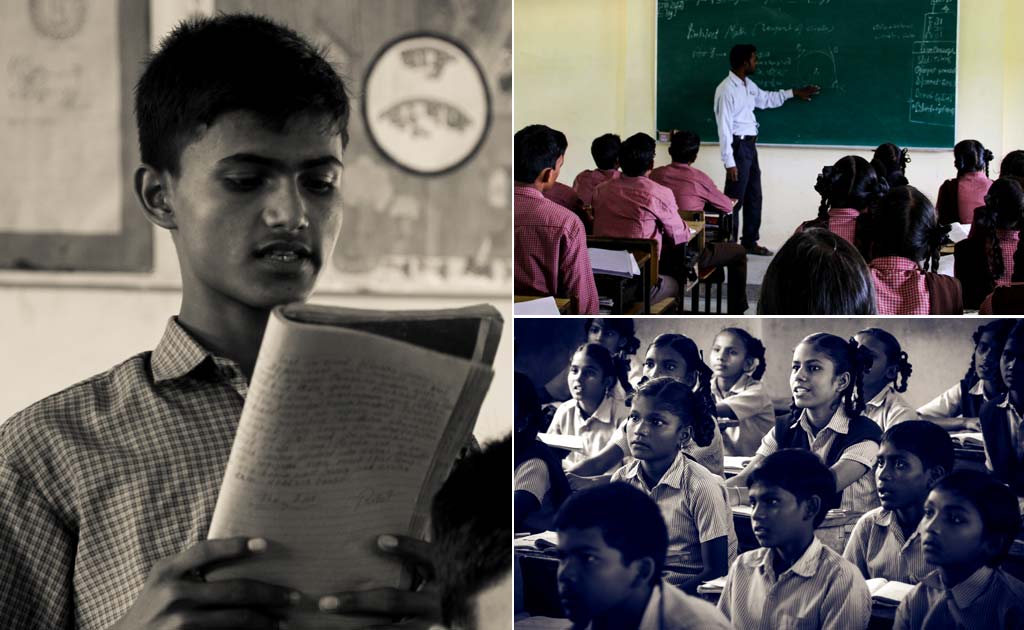 Local teachers are hired as staff and then trained under Project Mala volunteers to hone their teaching skills and to be sensitive to the children’s development needs. It is heartening to see how aware both boys are girls here are. Most of the girls want to become teachers and doctors, while the boys, engineers. 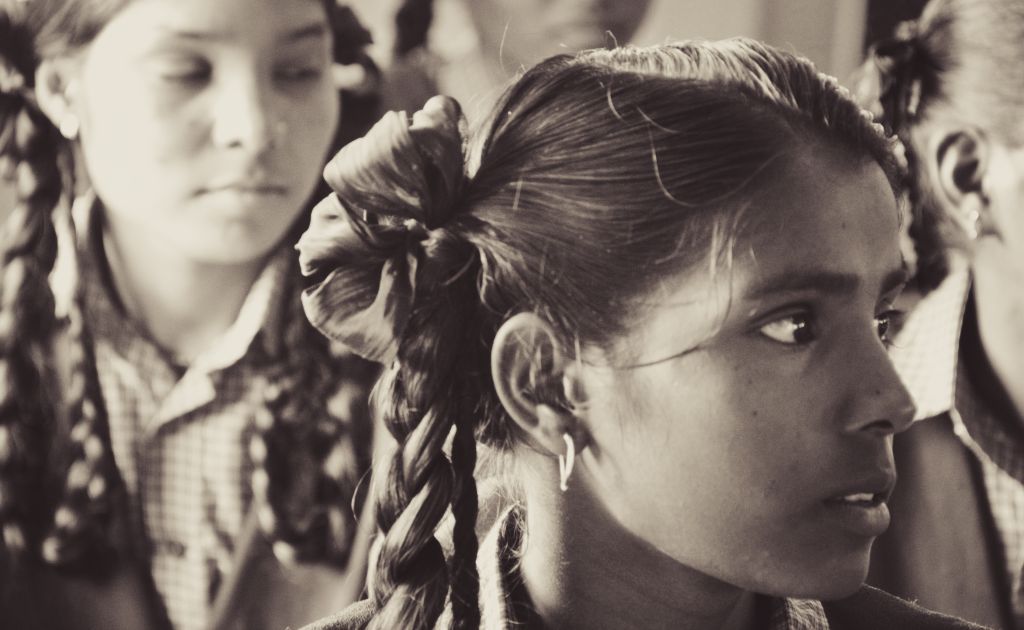 Very recently, another bright student, when she passed out of school, her parents wanted her to get married. She came to the school for help, and the teachers intervened. Today, she is pursuing a degree in the Sciences stream in Allahabad. 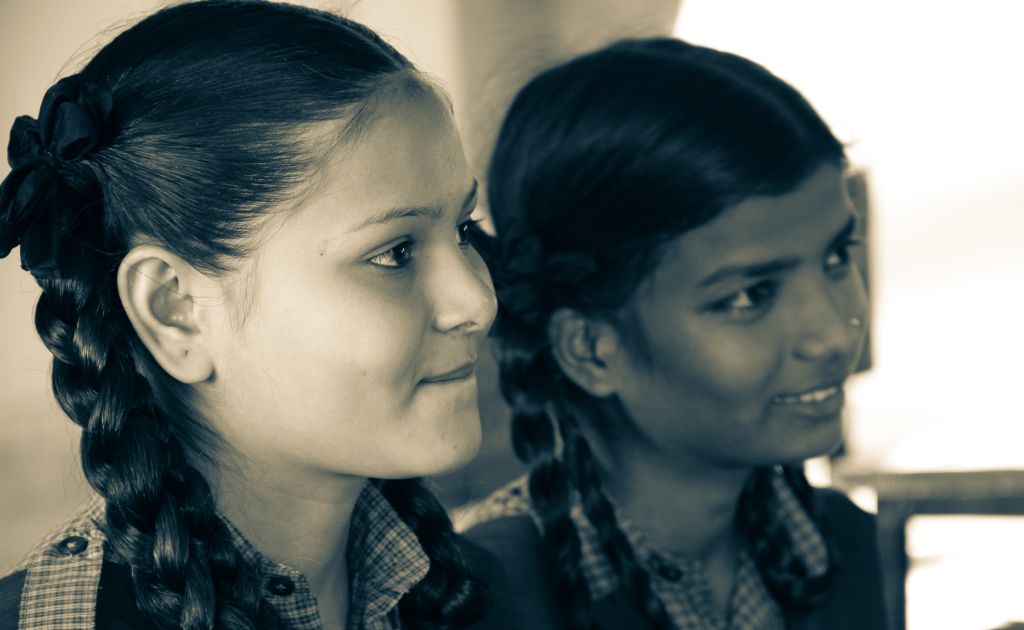 Despite the odds, it is worth a mention that even the remotest of villages in the country is undergoing a wave of change. From extreme poverty to opportunities like this, most children now have aspirations of a career so that they are self-reliant and can look after their families.