Home Gallery Waging Sanitation Revolution, Village Women Turn Entrepreneurs In Uttarakhand
Share on Facebook
Tweet on Twitter
With bricks and masonry tools in their hands, 25 women from Haridwar in Uttarakhand are waging a silent sanitation revolution in their villages. They are building and selling toilets and ensuring women in their village get access to toilets and clean water. 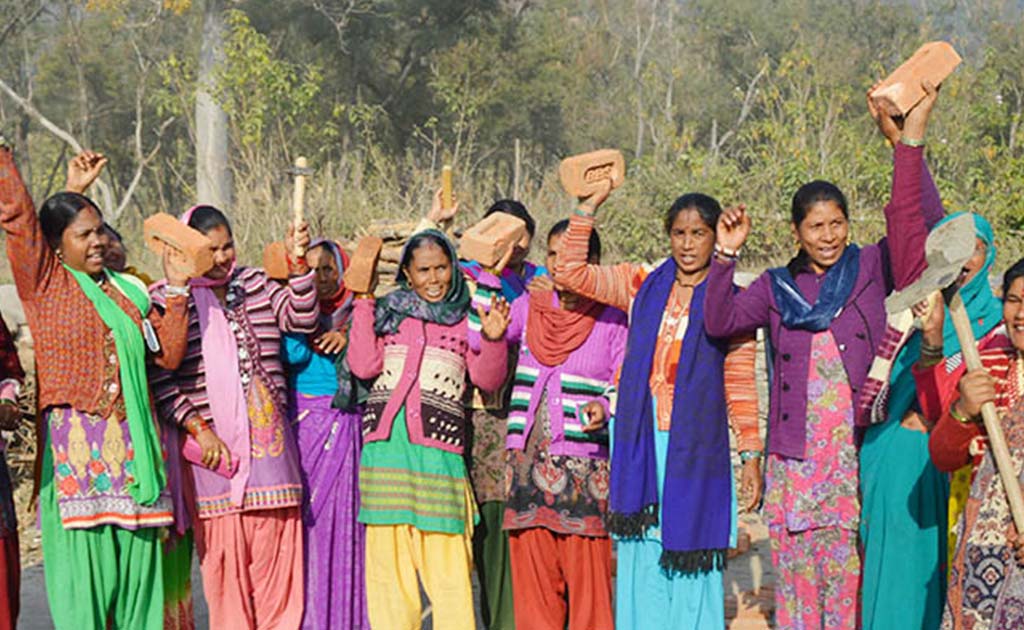 In Haridwar’s Mithi Beri gram panchayat, daily wagers Rajeshwari Devi and Beena Devi, who toil in agricultural fields all day, have now turned into small-time entrepreneurs. The game changer in their lives was a sanitation initiative ‘Women For WASH’ (Water, Sanitation and Hygiene for All) that taught them to build toilets. 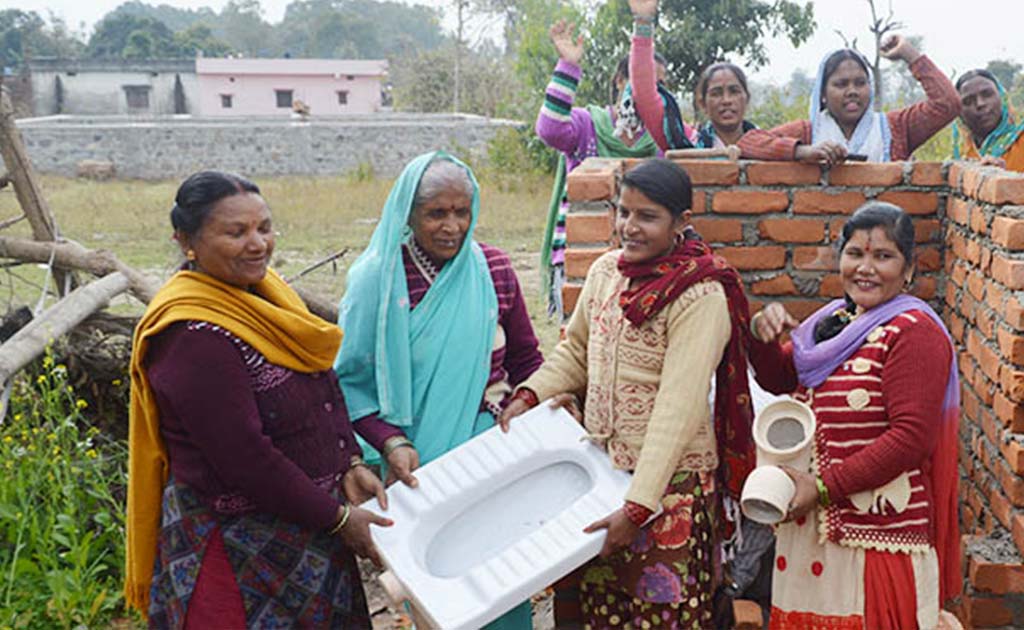 “We do not have toilet at home and face many issues. When they approached us for a project, we immediately said yes,” said Beena, adding that people opposed their decision to step out of the house. “We belong to a conservative society,” she said. 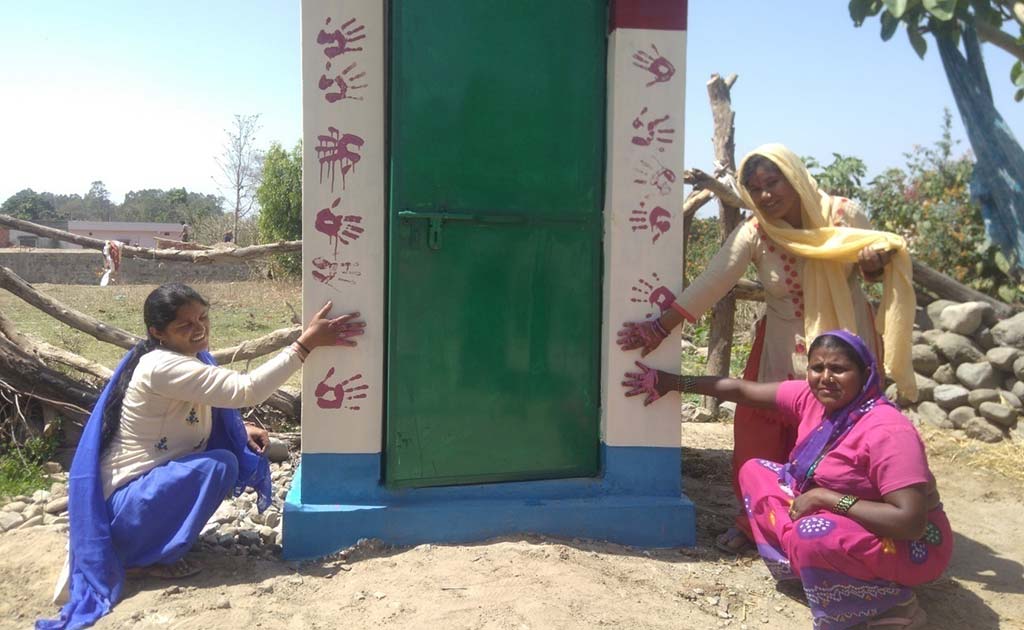 Rajeshwari said that the hurdles they faced did not demoralize them and with the training received at the World Toilet College at Parmarth Niketan, they are now looking forward to build toilets in nearby villages too.

“Now we can build twin pit pour flush toilets on our own. We have just built toilets in Veerpur village in Rishikesh which has been commissioned as Ganga gram now,” Rajeshwari was quoted as saying by news agency Press Trust of India. 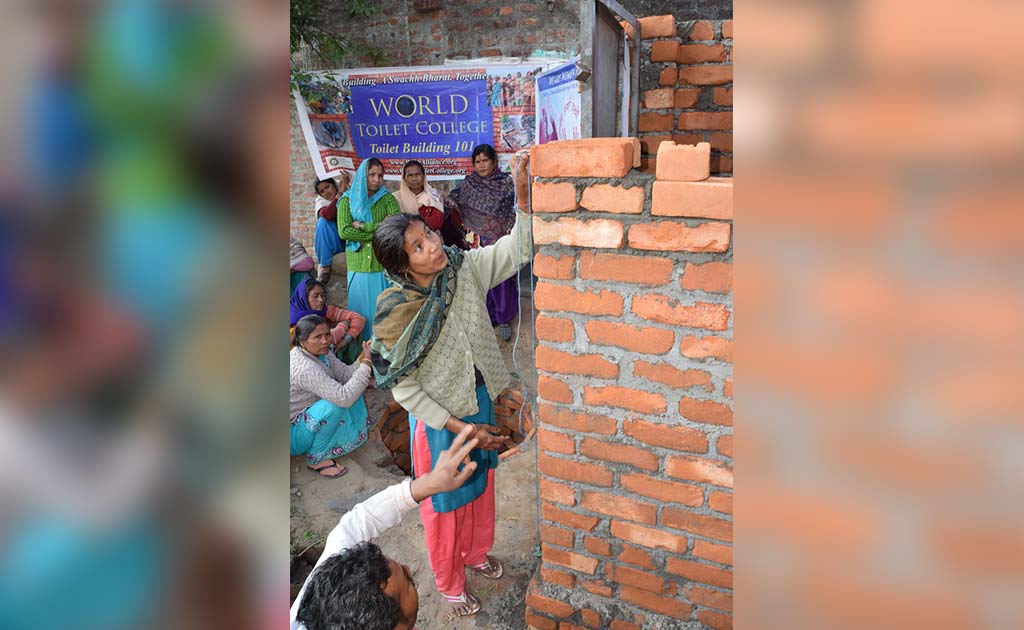 Two villages on the bank of river Ganga — Veerpur Khurd in Dehradun and Mala in Pauri Garhwal — were adopted by the Union Drinking Water and Sanitation Ministry to turn them into Ganga villages, in collaboration with Global Interfaith WASH Alliance (GIWA).

“They can work only during the non-agriculture season and some villages are in remote areas where it is difficult to reach during monsoon. These are some hurdles but the women are determined to overcome these and be self-employed,” said Samuel Herbert, the field officer associated with the project. 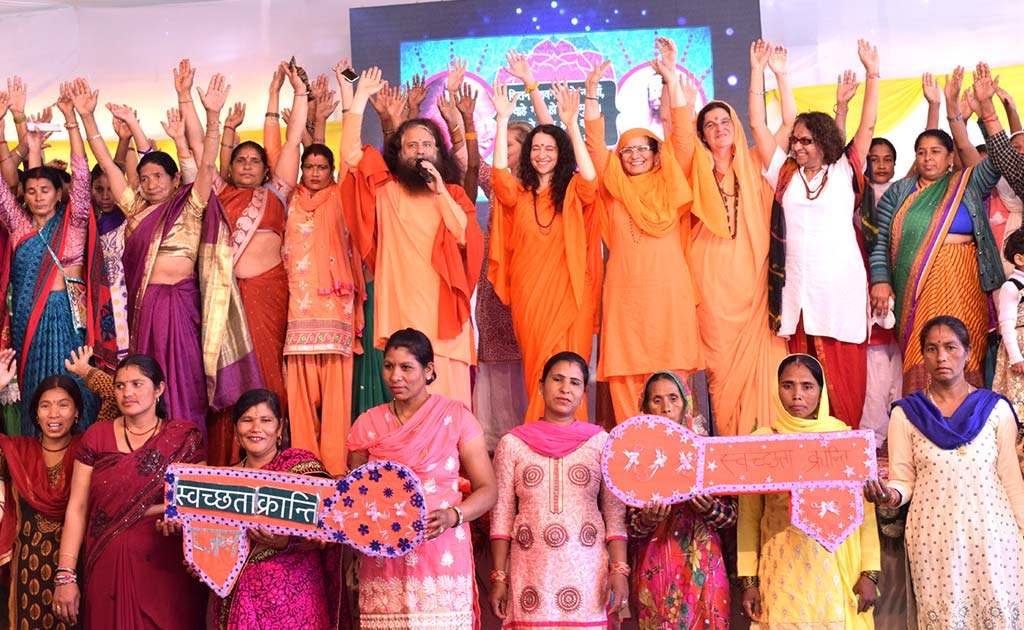 The women will now learn about bio digester toilets. They will also have their own brochures soon for getting employment in other villages or states.

Chidanand Saraswati, co-founder and co-chairman of Global Interfaith WASH Alliance said that these women are a role model for others. They will now learn to build bio-digester toilets which are a simple, low-cost technology for treating human waste and can aid in putting an end to open defecation and manual scavenging in the country.

All photos contributed by Global Interfaith WASH Alliance.
(With Inputs From Press Trust of India)