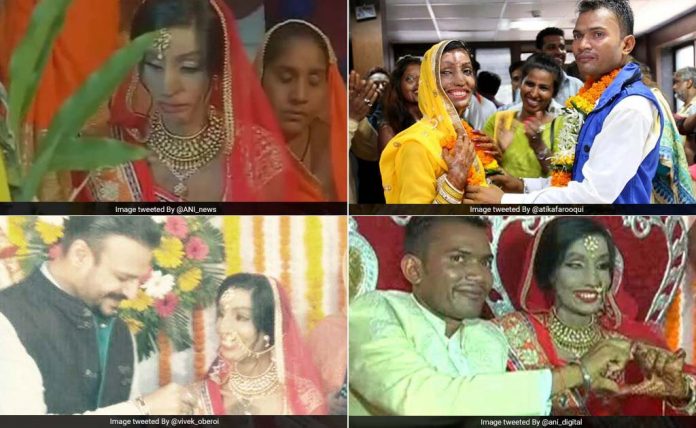 Lalita Benbansi from Azamgarh in Uttar Pradesh was 21 when her cousin threw acid on her over a grudge he held. Her face got completely burnt and this bruised her confidence. She started avoiding the mirror. 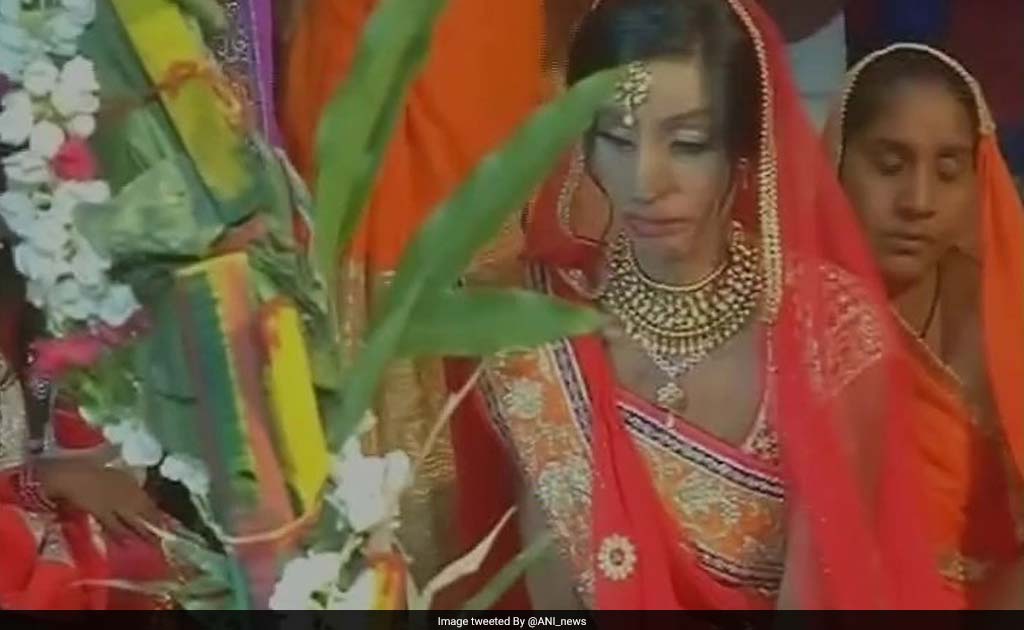 In the past five years, Ms Benbansi underwent 17 reconstructive surgeries. She said that she had lost all hope of finding love or getting married. Seeking change in her life, she moved to Mumbai’s Thane area. 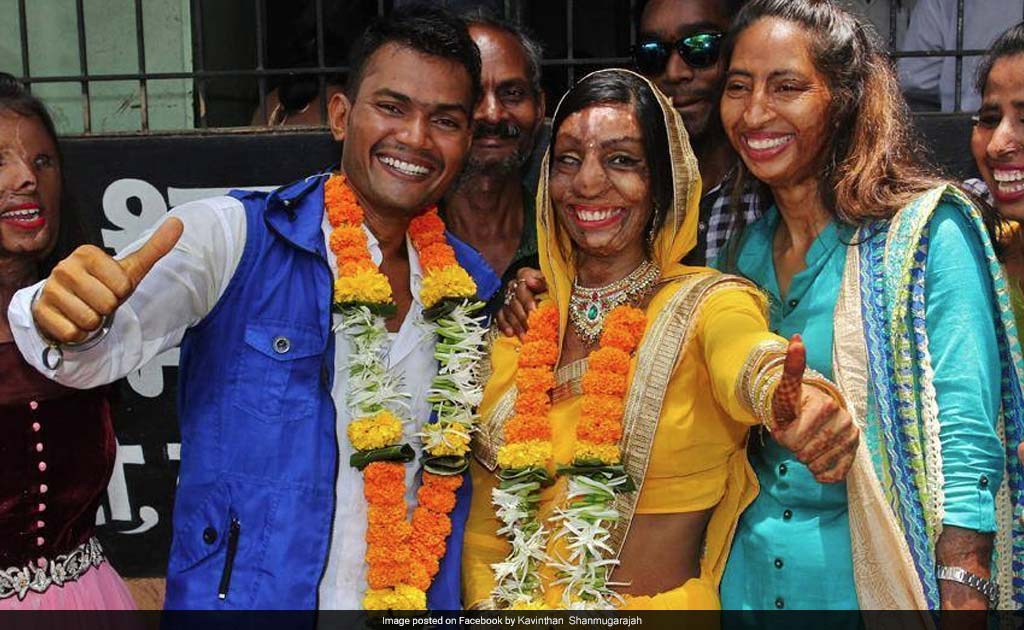 In a twist of fate, however, a wrong number she accidentally dialed turned out to be of Rahul Kumar, now her husband. 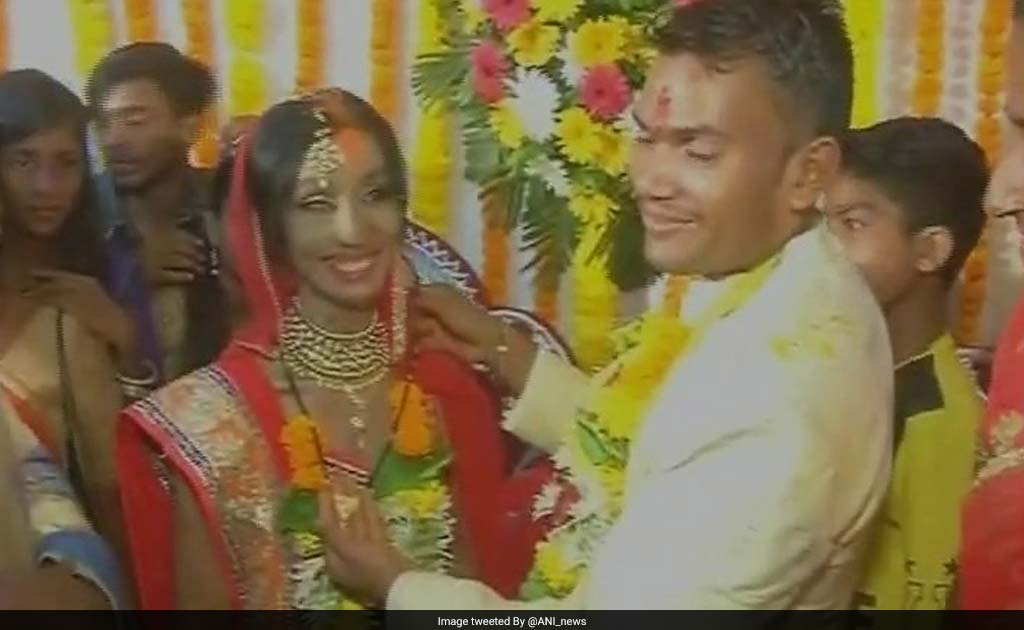 The two strangers started talking over the phone and soon fell in love.

“Didn’t know a wrong number would change my life entirely,” Mr Kumar was quoted as saying by news agency ANI. 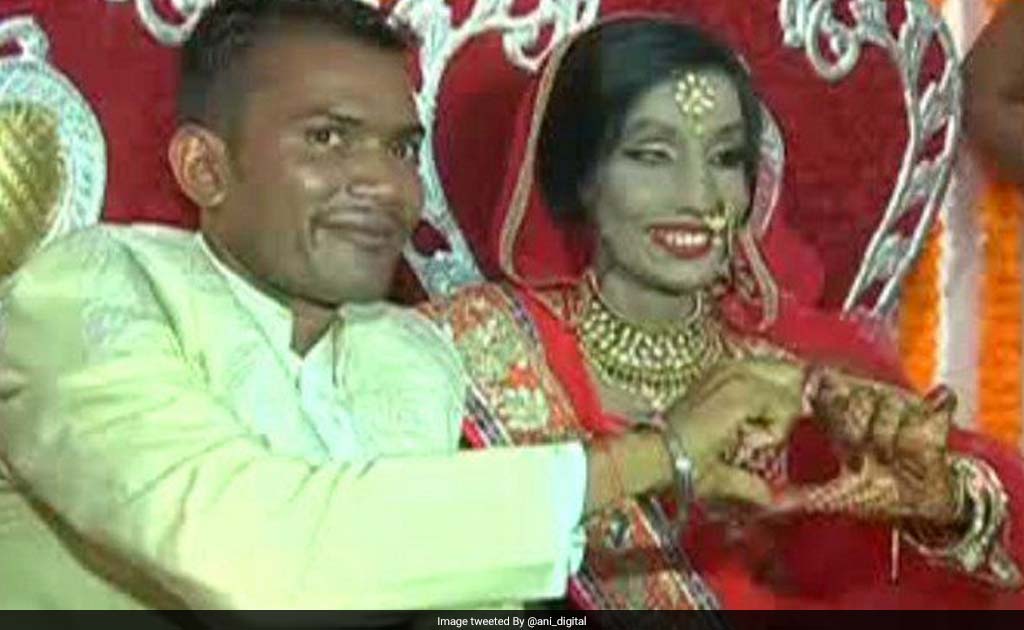 Mr Kumar, 27, a CCTV operator in Mumbai’s Malad, calls his love story “filmy.” He said that he decided to marry her after knowing her story. “Her heart is pure and that is what matters the most to me,” he said.

Mr Kumar’s family too stood by his decision to marry Ms Benbansi. 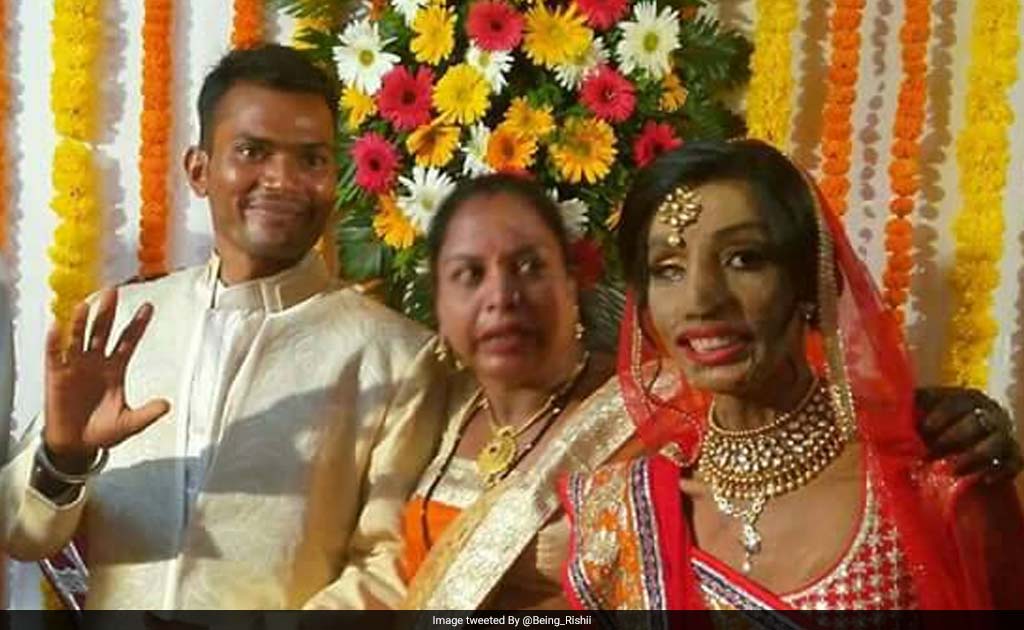 “I am very happy. I had never thought that I would ever get married. He, even after knowing about the truth, still remained on his decision to marry me,” Ms Benbansi, who tied the knot on Tuesday, told ANI. 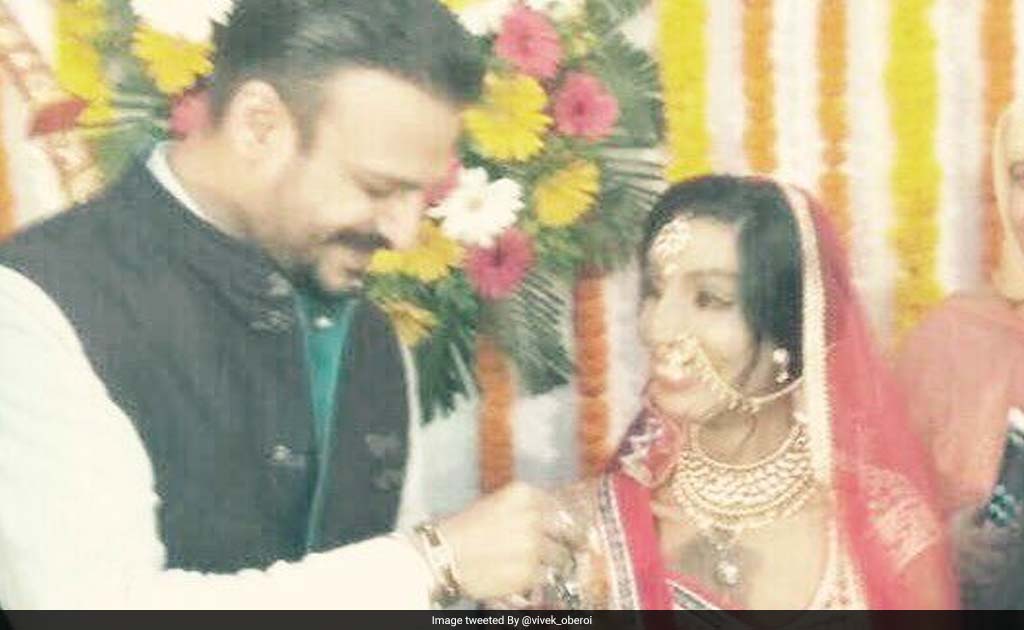 Actor Vivek Oberoi met Ms Benbansi at one of the programmes by Saahas Foundation, a non-profit that is looking after her rehabilitation. After their meeting, he decided to pay for her surgeries.

The actor, who was also present at their wedding ceremony, gifted a flat to the couple.

He later tweeted saying that Lalita is a true hero as she has proved to thousands of acid attack survivors that life has many possibilities.

Ms Benbasi’s wedding lehenga was designed by Abu Jani and Sandeep Khosla and they gifted a necklace to her as a wedding present.

(With Inputs From Agencies)