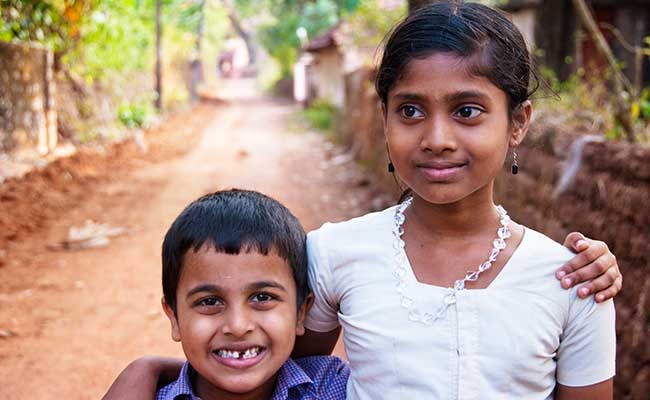 One of the greatest temptations of Indian politics – for both citizens, civil servants and politicians – is to attempt to solve our most complex social problems with laws and regulations. It is easy for citizens to disown the problem by passing the onus of solving it to the state. It is easy for civil servants to believe they are solving social problems by implementing regulations (or extract personal benefits by not implementing them). And, of course, it is easy for our political leaders to show that they are responding to the peoples’ demands by enacting such laws. Sometimes the courts step in, and their interpretations-which can go any way – are then cast into stone.

Mostly, this is like using jackhammers and powerdrills when we should really be using scalpels and needles. But everyone feels better. If we are lucky, the desirable consequences of the laws outweigh the undesirable ones. Very often, though, it’s difficult to say.

This is the background before which we should see the recent surge in public debate over the ban on sex determination tests to prevent female foeticide. Contrary to early media reports that she had asked for compulsory gender tests on foetuses, Maneka Gandhi, Minister for Women and Child Development, had remarked that “There is an alternative point of view that if each pregnancy could be registered and the sex of the foetus could be made known to the parents and if the same happens to be a female, the delivery should be tracked and recorded. Such a system would help in ensuring that a foetus is not aborted only because it is a female.”

The current policy is a blanket ban on pre-natal sex determination that criminalises doctors, ultrasonographers and other diagnostics providers who reveal the sex of the foetus to the parents. The intent behind the ban is that if the parents do not know whether the foetus is male or female, they are unlikely to go in for an abortion, and thus female babies will be allowed to be born.

Obviously, this is a massive state intervention into the right of parents to choose whether to keep the baby or not. Because we disapprove of social preferences for a boy child, and want to reduce the abortion of female foetuses, we have willy-nilly decided that the state and society have greater rights over the woman’s reproductive system than the woman herself. Could we not have attempted to solve the social problem of female foeticide without such a massive subtraction of a woman’s, and both parents’, liberty?

Second, the law on sex-determination criminalises people who are not even accessories to a potential crime. Doctors and diagnostic clinics are primarily healthcare and information providers. The state has passed the grand burden of balancing the sex-ratio onto their shoulders. Could we not have attempted to solve our social problem without imposing unjust liabilities on healthcare professionals?

In fact, as The Times of India has reported, studies show that “when the first child in a family is male, there is no fall in the sex ratio for the second child, but when the first child is female, there is a decline in the sex ratio of the second child.” In other words, despite the ban on sex-determination, people who want to know the sex of the child find out anyway. You do not need to be a genius to figure out that the ban has created avenues for unscrupulous people to do an underground business in sex determination and abortions. We do not know how many women and foetuses die under these dubious conditions, precisely because it is an underground business.

Meanwhile, the ban on prenatal testing prevents women from benefiting from other advances in prenatal testing. Doctors and ultrasound clinicians face harassment by police and government officials in many places. If, despite all these unintended consequences, the sex ratio had shown an improvement, we could probably justify the ban. Yet, it is unclear if the assault on individual liberty, access to benefits of medical advancements, and undue harassment of medical professionals is worth it.

Should we then consider the “alternative” mentioned by Mrs Maneka Gandhi? Well, compulsory registration of pregnancy has its own set of problems, and might not fare much better than the status quo.

What then should we do? Narendra Modi was on the right track when he used moral suasion to change minds, social attitudes and economic incentives. This gets to the heart of the problem. The right role for government is to use its power to align social leaders towards a common goal. A lot of consistent persuasion and a few well-designed carrots can perhaps be more effective than bans, red tapes and prosecution of medical professionals.

In other words, the ban on prenatal sex determination can be lifted. It doesn’t work. What about improvements in places like Haryana which have seen a turnaround, from 846 to 889 girls per 1000 boys? Even here, the role of the ban on ultrasound might be a correlation (i.e., coincidental) and not the cause.

Once the sex ratio begins to fall, girls become more scarce, and whatever is scarce becomes valuable. So it is quite possible that once grooms find it difficult to find brides because of the shortage, social attitudes will change in response. This might appear as outrageous to activists and public officials, but it is absurd to believe that society will not react to fewer brides by producing more girl children or “importing” them from elsewhere. Census figures show that states that had the lowest sex ratios in the 2001 census have actually improved in 2011. Perhaps the ban worked in these states more than elsewhere. But equally, once the sex ratio dipped below a threshold, perhaps people in these states reacted to the shortage of brides by giving birth to the girls.

There is, therefore, a good case for reviewing a law than violates liberty, criminalises innocents and denies people the benefits of modern medicine.