Having a biological child was never on her mind, but giving home to one always was. At 27, Kavita Baluni became mother to a beautiful 14-month-old daughter she named Veda.

Veda suffers from Down’s Syndrome, a genetic disorder in which the intellectual ability and development is delayed.  “It was a conscious decision taken by me and my husband to adopt a daughter with Down’s Syndrome,” she said. 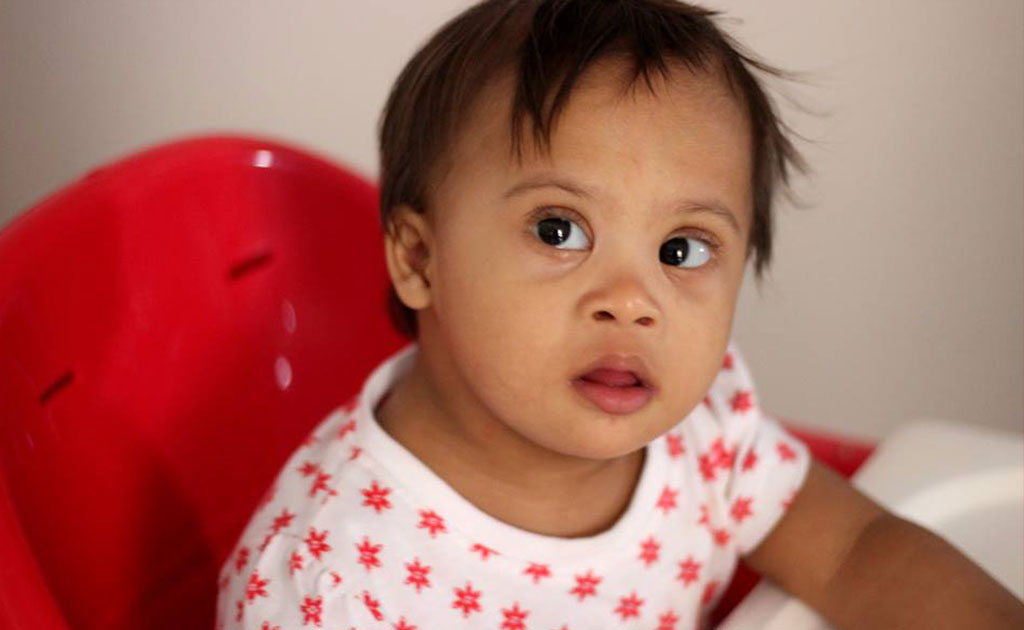 Ms Baluni and her husband Himanshu Kaktwan believe that there’s no difference between biological and adopted children. “Children are just children who need love, and instead of having a biological one, why not opt for those who really need a family,” said Ms Baluni. 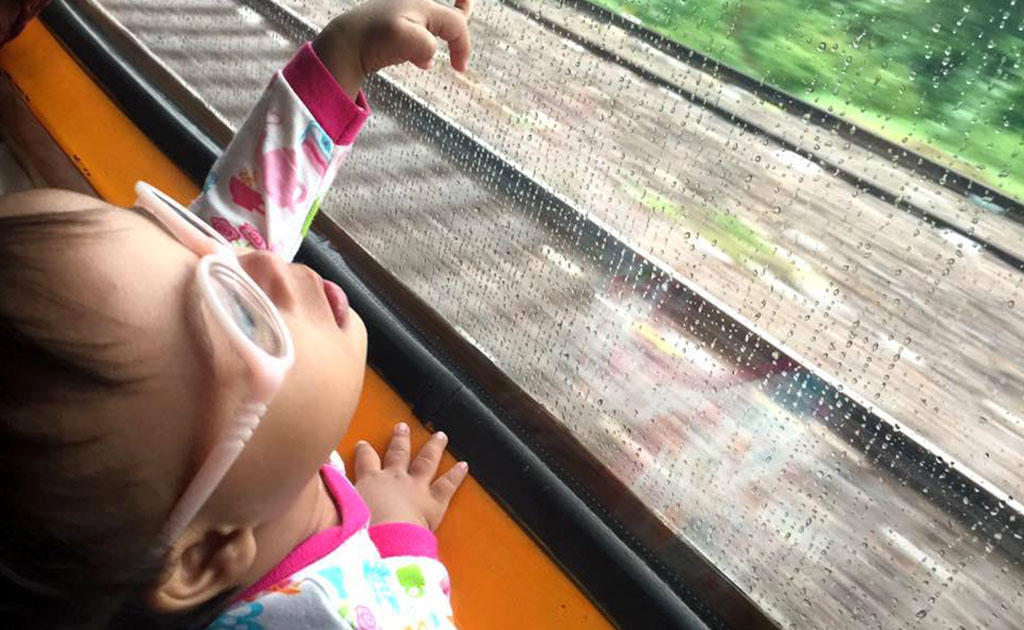 The journey of Veda finding a home and the couple finding their daughter is no less than a tale of serendipity. On one side of the globe, Veda was abandoned at a railway platform in India when she was just six months old, and on the other side in the United States of America, Ms Baluni and Mr Kaktwan had decided to come back to India and adopt a girl with Down’s Syndrome.

“We saw some children with Down’s Syndrome during our two-year stay in the USA. We gathered information about it and couldn’t find any single reason why not to adopt one. We were sure we wanted to adopt a girl with Down’s syndrome,” said Ms Baluni. 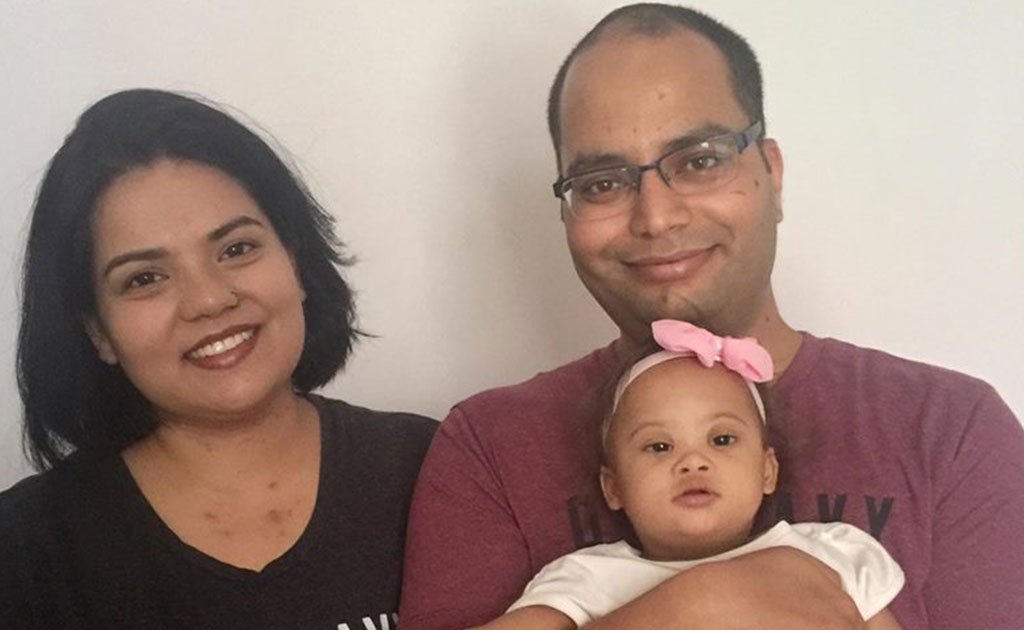 Once the couple made the resolve, they headed back to India and signed up at the Central Adoption Resource Authority (CARA), the nodal body for adoption of Indian children. Talking about their smooth adoption journey, they said that there is no waiting period to adopt children with special needs and Veda was in their home within 45 days of registration.

For the soon-to-be parents, it was love at first sight. “We found Veda in the disability section. She was 14 months old then. A first look at her and we had considered her as our baby,” the couple said. They finished the registration formalities in Bhopal where she was and waited in anticipation to bring her home. 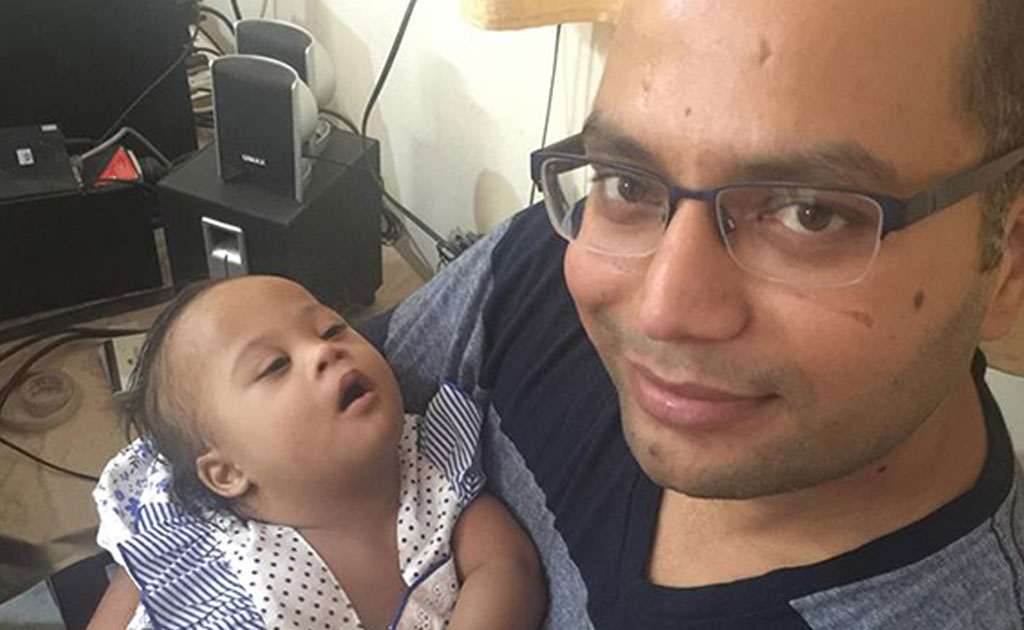 The next important task, however, was to break this news to their families. Like most parents in India, there was hesitance and resistance. “Unfortunately, adoption is considered in India only when a couple is not able to produce biological children. They told us that it would be difficult with such a child, she would not be able to support us as we grow old,” recalled the couple.

“We did what we thought was right rather than convincing them. Hopefully, they will accept and understand it eventually,” said a firm Ms Baluni. 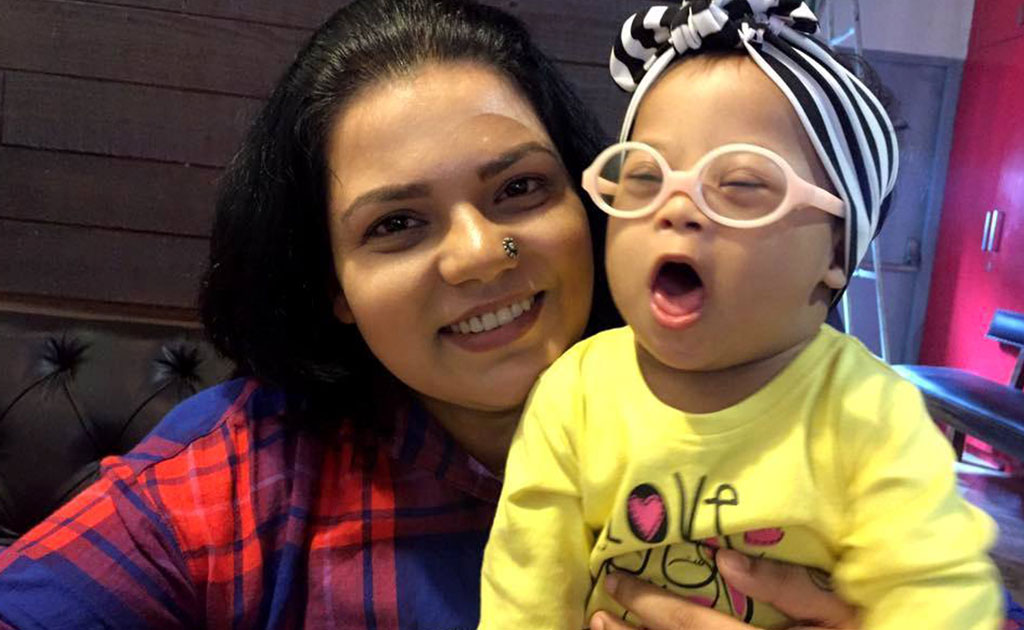 Adopting a baby is no less than having a biological one, it takes lot of paperwork, waiting time and excitement, Ms Baluni said, adding, “I would like to suggest the parents who are considering adoption to not be too precise about the baby and keep the expectations realistic.” 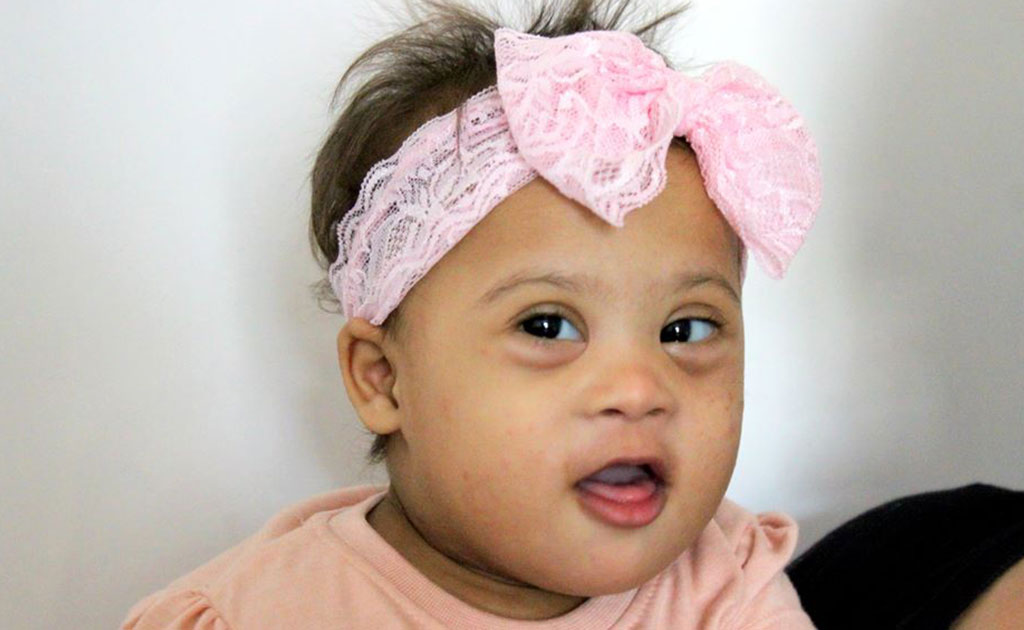 The reaction from the people around was not at all encouraging. “We were told that we are taking a risk… “these kids” just bring complications. But we are mostly not concerned about how society takes it so their response really doesn’t matter,” they added.

The couple believes that the society is still ignorant towards children with special needs and they are fully aware that Veda will have development delays and would need regular medical care. “Instead of focusing on fears, we are working on her strengths and skills as per her capability.” 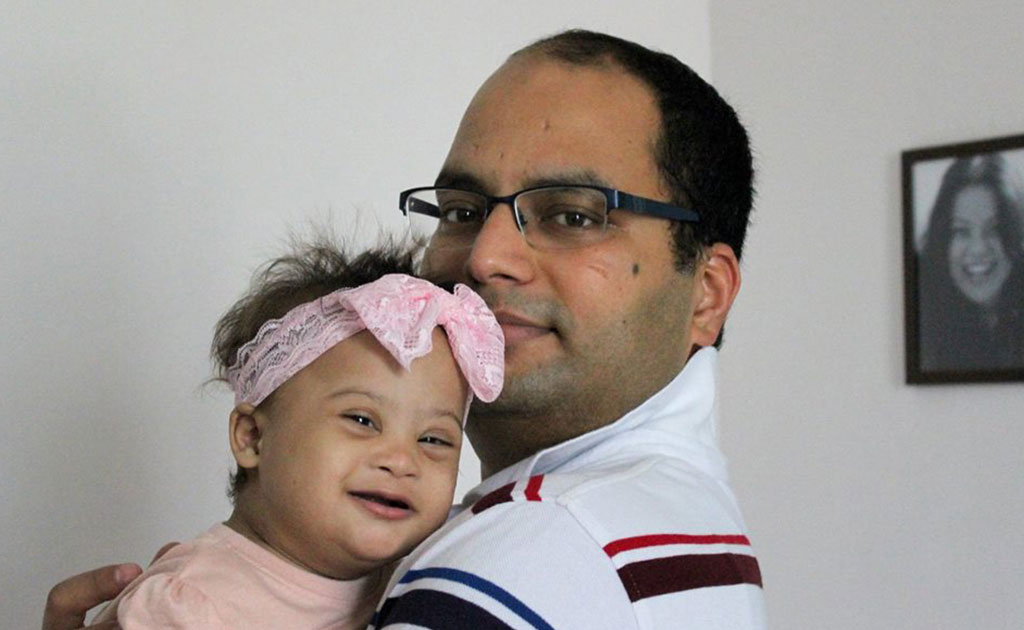 Mr Kaktwan is an unconventional father who doesn’t believe that a child should inherit only father’s name. “As she belongs to both of us, so she has both of our surnames. Our daughter’s name is Veda Baluni Kaktwan,” said the proud father.

Four months into their house, their bundle of joy has filled their home with love and happiness. Ms Baluni notes that Veda is a cheerful baby and can make anyone smile. With her around, there’s no dull moment in the house. “We have learned unconditional love and acceptance from her,” she added. 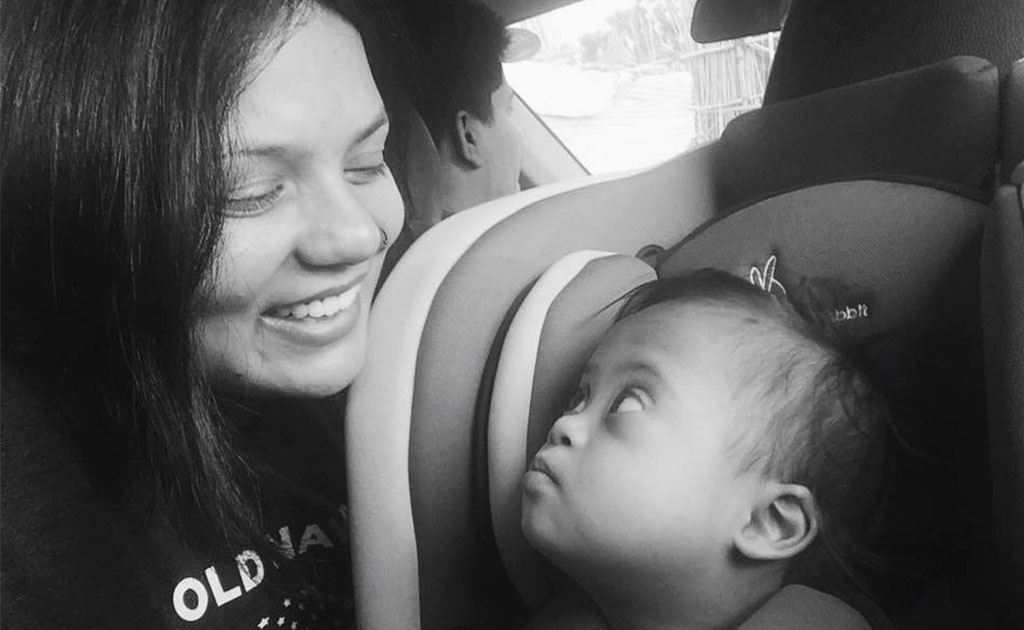 Though there are special concerns that they need be mindful of. “She has low muscle tone and ligamentous laxity, we have to tell everyone to avoid lifting her by arms,” says the concerned mother who Veda called ‘mumma’ only a month back.

“It feels so great that she trusts me and gave me that right to be her mother.”