Hyderabad: In six-year-old Omkar’s hand today is a small pink bag that was lying wasted in the corner of his house last week. With his hair neatly combed and a water bottle in tow, he is ready for school.

NDTV had reported last week that an elderly couple living at a milestone on the highway outside Hyderabad was unable to send their grandson to school as they have no Aadhaar card or identity and cannot afford school fees.

The elderly couple set up a small tent by the roadside that has been their home for the last nearly two years. A milestone that says ‘Siddipet 81 km’ is the closest they had to an address.

After NDTV’s report, the family received an overwhelming support from the people. One of them is a couple from Secunderabad, Mohammad Saleh and Arfaa, who made the effort to drive down to the milestone and locate the family. 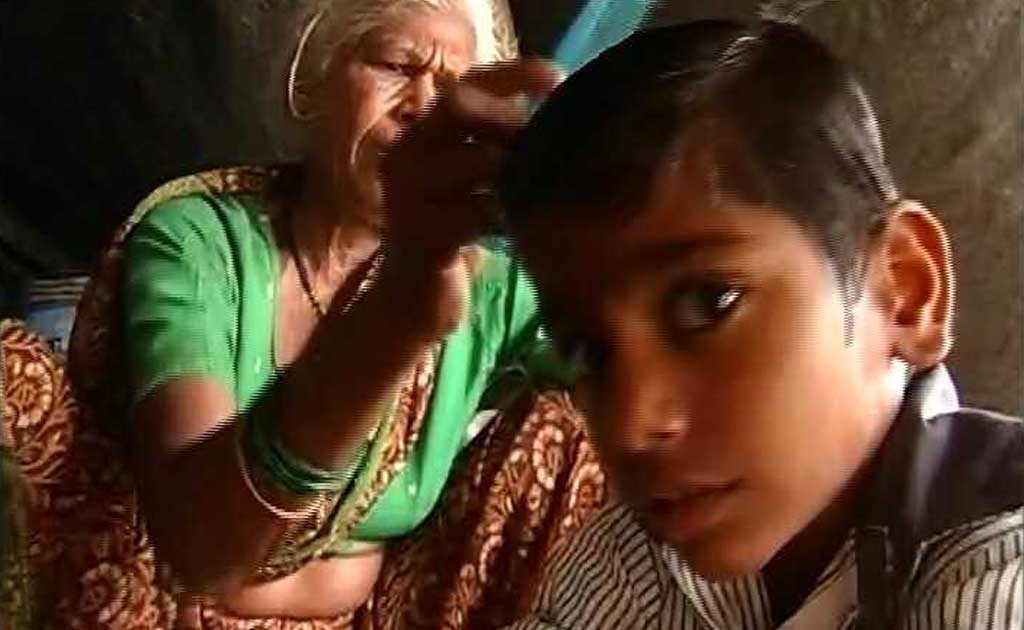 They offered some financial support and also took initiative to put little Omkar in school. The grandmother Gangabai had told NDTV that private schools asked for at least Rs 5,000 and the government school wanted an Aadhaar card as identity proof.

“Everyone should get an opportunity and school is that opportunity for Omkar. I appeal all to have him in your prayers and wish him the best,” said Mohammad Saleh. 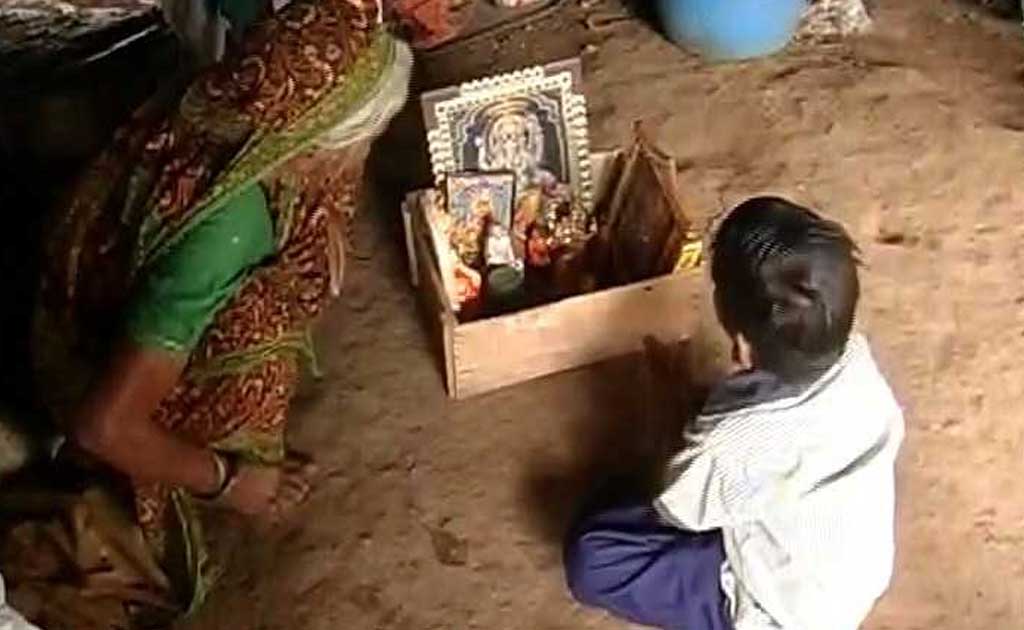 On Friday, Omkar put on an old dress that looks like a school uniform, and got ready for his big day, his first day at school. His grandmother made him pray near a small box in which idols of gods and goddesses were arranged.

“I am so happy my grandson is going to school,” an emotional Gangabai, Omkar’s grandmother, told NDTV.

“I will get him ready on time every day and send him something to eat too in the tiffin box,” she said. 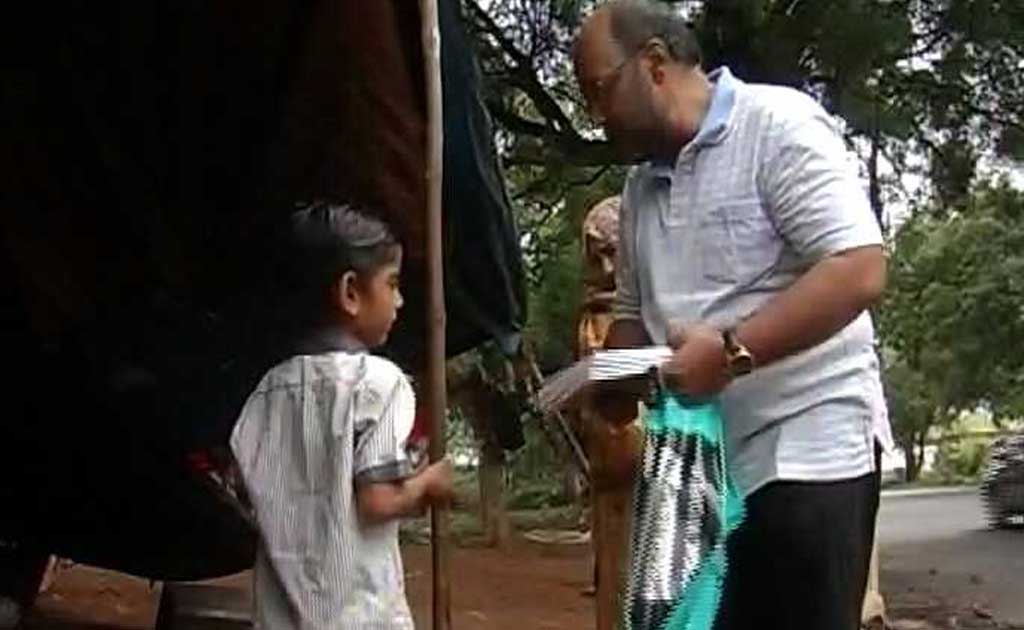 The couple who have become like foster parents to Omkar also brought him some books, pencils, eraser, tiffin box and water bottle, and took him to a private school which is a couple of kilometers away. They are arranging for the school bus to drop and pick him up.

Since Omkar cannot speak in English and can only converse in Hindi, can write his name in Hindi and knows the English alphabet, school headmistress Caroline said that this is not enough for him to get admitted to Class I. Omkar will first be admitted to LKG with children who are a couple of years younger, she said. 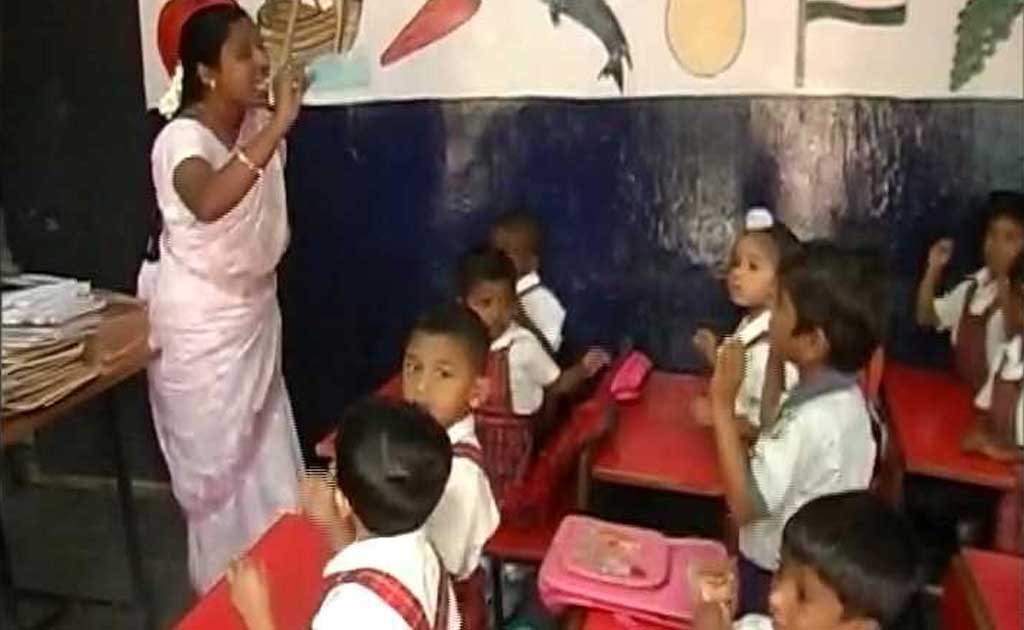 “Let him do the first term in LKG. If he copes, we will send him to UKG in the second term and then first class,” the principal explained.

Class teacher Gloria welcomed Omkar, introduced him to his classmates, who will be his new friends and promised to pay extra attention to Omkar to help him cope.

“Twinkle, twinkle little star…” the teacher recited the nursery rhyme and Omkar, feeling like a little star himself, repeated after her.