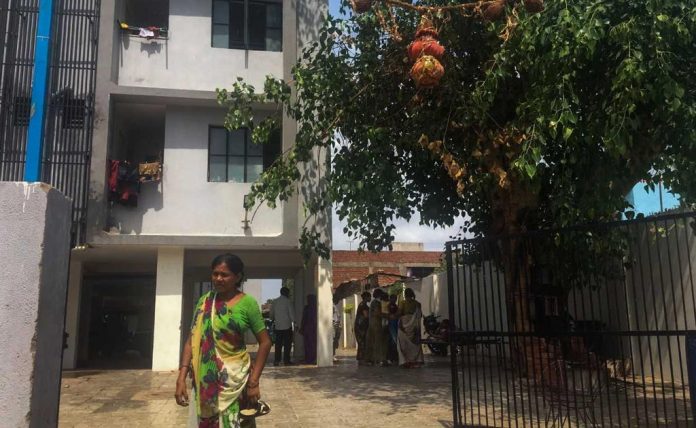 Ahmedabad: When Ramilaben Arvind studied the plan to move out of her one-room home in a congested slum into a modern apartment for no extra cost in Ahmedabad, she immediately agreed.

But first she had to get 67 other families to say ‘yes’.

Ms Arvind, head of the slum’s community organisation, had to convince residents to let their homes be demolished, to move elsewhere for two years, and trust that city officials and the developer would deliver flats at the same location at no cost.

“It was difficult – not everyone trusted the Ahmedabad Municipal Corporation or the builder. Or me,” she said, standing in the apartment she moved into two months ago.

“I had to spend a lot of time with each one of them, begging, pleading, even threatening. I even told them: if you don’t get the home as promised, you can take my home.”

Ms Arvind’s home is among the more than 3,500 slum homes in Ahmedabad that have been redeveloped as part of a state programme to upgrade cities. 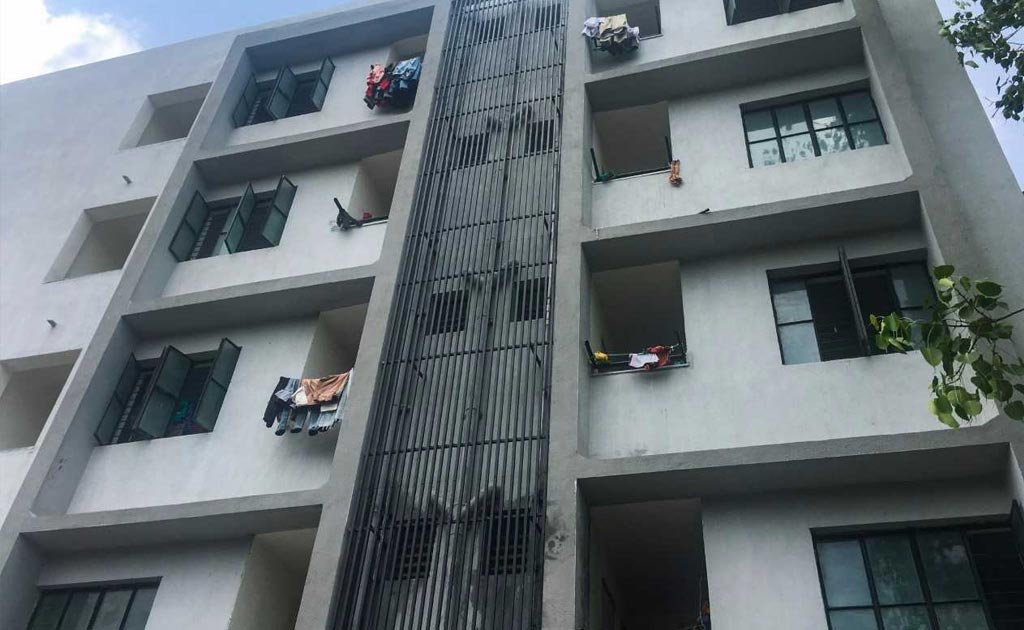 A further 4,000 slum homes are being redeveloped through a partnership of the city, builders and the community.

While previous programmes to upgrade slums generally entailed relocating unwilling residents to often badly built housing on the outskirts of the city, the 2010 policy encouraged in-situ redevelopment – or rehousing residents in the same spot.

Slum rehabilitation policies have failed elsewhere because developers and residents could not agree terms.

Ahmedabad has succeeded by involving slum residents and non-governmental organisations (NGOs), and by increasing the area that developers can build, allowing taller, denser buildings, part of which can be sold at market rates to recover costs.

“Ahmedabad city has a long history of working with NGOs on slum projects, so it is only natural that they are involving them in this,” said Chirayu Bhatt at the Center for Environmental Planning and Technology.

“Now, even developers are engaging with NGOs, and that is instrumental in moving these projects forward.” 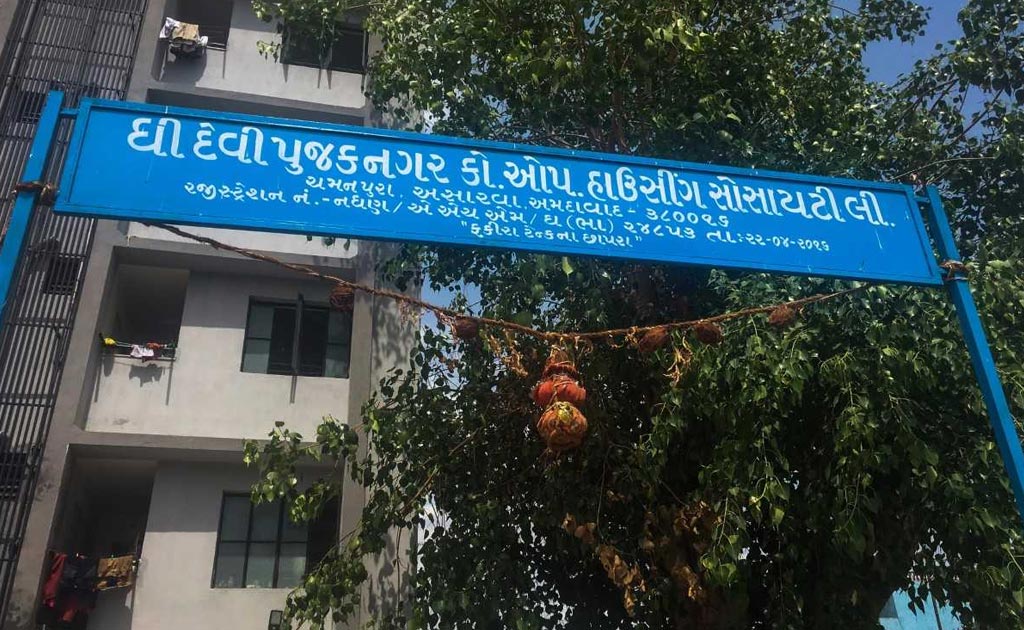 About a third of India’s 1.25 billion population lives in cities, with the numbers rising every year as tens of thousands of people leave villages to seek better prospects.

Up to 37 million households – a quarter of the country’s urban population – live in informal housing including slums because of a critical shortage of affordable housing.

India has a shortage of about 20 million urban homes, and Prime Minister Narendra Modi has made affordable housing a priority, setting a 2022 target for ‘Housing for All’.

Upgrading slums would help meet that goal, but developers elsewhere have balked at terms, or residents have held back, fearful they may lose their homes.

Involving non-profit organisations has worked for Ahmedabad, the economic hub of the state.

“We were involved right from the start, coordinating with city officials and developers, and making sure residents had a say,” said Bharati Bhonsale, a programme manager at Mahila Housing Trust (MHT), a non-profit focused on women.

“Because residents already knew us and trusted us, the process was far quicker and easier,” she told the Thomson Reuters Foundation. 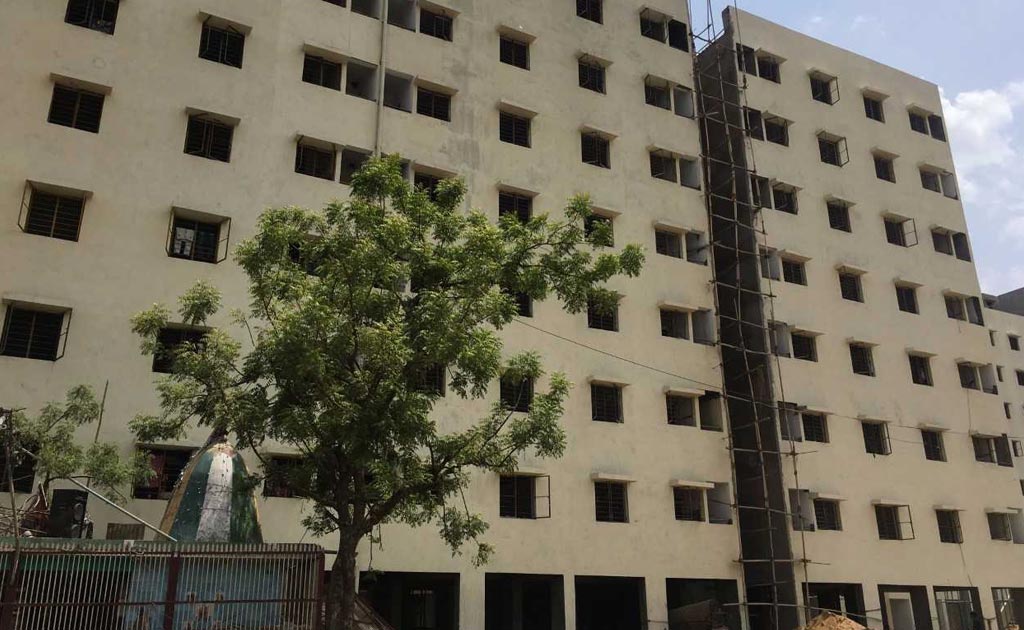 MHT sees women residents as essential to enabling upgrades and redevelopment. It trains a woman like Ms Arvind in each slum to be a community leader, educating her on issues and rights, on dealing with city officials and completing paperwork.

“Women are the most affected by the housing situation, by the lack of facilities, so they are more invested in any process that can lead to better housing,” said Ms Bhonsale.

“When the process involves just adding facilities, women will say yes even without consulting their husbands. When it involves a demolition, a temporary relocation – the men make the decision, but it’s the women who convince them to say yes.”

The new apartments that MS Arvind and her neighbours moved into are 28 square metre (300 sq ft) each, comprising two rooms, a toilet and a kitchenette.

All tenants received ownership titles that have the name of the woman householder as well as the man. They are free to transfer or sell their flats after 20 years.

The flats have good quality floor tiles, plenty of natural light and wide passageways where women sometimes drag their string cots in the afternoon to nap or chat with each other. 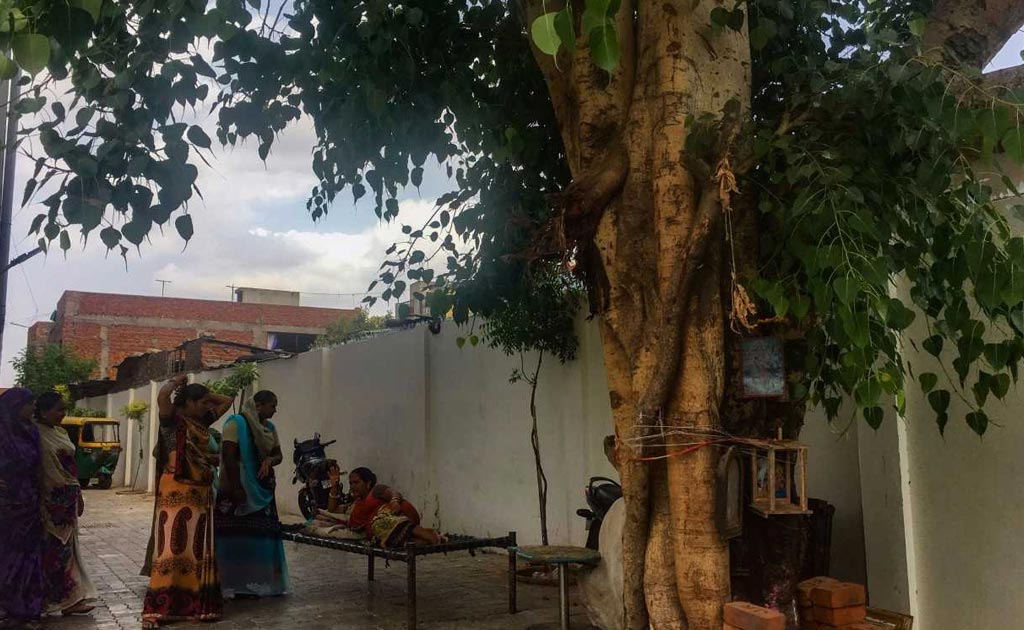 “This is a new lifestyle for them, so they need to learn many things: from how to use a lift, to why they should not throw trash out the window,” said Ms Bhonsale.

“They adapt very quickly, and with that, their aspirations grow: they buy nice furniture, a TV, send their kids to a good school. For the kids too, it’s a big boost to their confidence to say they live in a housing society rather than a slum.”

This model does not work everywhere: the policy is only for slums on public land, and is not feasible for small plots. Besides, residents need proof of occupancy for 10 years.

Progress has also been slow, covering about a tenth of the city’s nearly 700 slums so far.

“The policy is a part of the solution, not the only solution to doing away with slums entirely,” said Mr Bhatt at CEPT.

“Over the long run, what we need is more low-cost housing so people are not compelled to live in slums in the first place.”

For Ms Arvind though, the wait was worth the while.

“It feels good to live in a proper home at last. Now we have everything we need,” she said.